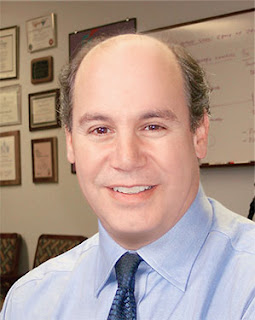 Michael Saag, world renowned AIDS researcher and expert on infectious diseases at the University of Alabama at Birmingham, and a member of Birmingham’s Jewish community, announced that he has tested positive for COVID-19.

In an announcement to the UAB community, University President Ray Watts said Saag “wishes to make his case known as an example of the COVID-19 reality and the importance of practicing aggressive social distancing.”

Saag was at a meeting in Boston last week, then visited family in New York City and drove home from New York with his son after his flight was cancelled, arriving in Birmingham on March 12. “I have been in complete isolation since I returned to Birmingham,” he said on Twitter, adding that “no one was exposed.”

He said it is unclear where he picked up the virus, “but that is the point. It is everywhere. And we can’t be too careful.”

He said on March 17 that his symptoms are “minimal” so far, with cough, headache and malaise, but no fever or shortness of breath.

Saag has been writing regularly on al.com, answering reader questions about COVID-19 and said it is “ironic” that he was diagnosed with it.

A Tulane graduate, Saag founded the 1917 Clinic at UAB, providing comprehensive care to those with HIV and AIDS, working on cutting-edge treatments and publishing over 260 articles.