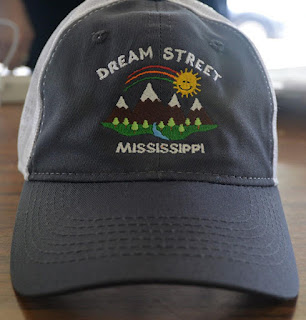 As Jewish summer camps grapple with the decision on whether to open, have a partial season or shut down for 2020, one decision has already been made. Camp Dream Street, which is held at the Union of Reform Judaism’s Henry S. Jacobs Camp in Utica, will not be held this year.

Established in 1975, Dream Street is a five day, four night camping program for children from the general community with physical disabilities, and is sponsored by the National Federation of Temple Youth’s Southern Region. The camp is generally held in late May.

Campers are primarily from Mississippi, Louisiana, Arkansas and West Tennessee, and are between the ages of 8 and 14. Campers have cerebral palsy, spina bifida, limb deficiencies, spinal cord injury, communicative disorders or other developmental disabilities.

In an online posting, Program Director Aimee Adler and Assistant Program Director Ashley Rubinsky said “based on the current situation, we are deeply saddened and disappointed” that the camp will not take place. “The health and safety of staff and campers is always our highest priority, and… our Dream Street campers are particularly vulnerable to COVID-19 and the risks associated with this pandemic.”

Instead of in-person camp, “we are committed to continuing Dream Street activities in different ways this summer” because of how the camp “extends beyond physical locations and buildings.” Dream Street leaders are exploring other ways to provide Dream Street programming online, “as well as new and exciting ways for counselors and other staff to connect to the Dream Street community.”

Details will be posted on the Dream Street website and social media as plans are developed.

They emphasized that this decision is completely unrelated to whether or not Jacobs Camp will operate this summer; an announcement will be made “in the coming weeks.”