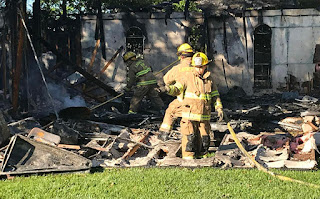 One day after lightning apparently caused a fire at Gates of Prayer in New Iberia, a fire destroyed a vacant former synagogue building just up the road in Lafayette.

Firefighters responded at 5:58 a.m. and found the building “fully involved,” with flames extending above the surrounding tree line. The two-alarm fire involved seven apparatus and 30 firefighters, and it took about 20 minutes to bring the fire under control. No cause has been listed, and there have been no reported injuries.

The building had originally been built by the long-defunct Temple Yeshurun in the 1500 block of Kaliste Saloom Road. Lafayette’s historical congregation was Rodeph Shalom, founded in 1881. In 1973, a more traditional group broke off and formed Temple Yeshurun, and they completed their building in 1975.

The congregations reunited in 1992, with the combined congregations taking the name Temple Shalom. While the congregation continued to own the building on Kaliste Saloom for many years, they established themselves in the older Rodeph Shalom building on Lee Street, then sold the Temple Yehsurun property.

A different religious organization started using the building in 2010, but the building has been vacant since 2016. The property is now owned by Investstar Bank and is currently on the market. The utilities to the building were shut off four years ago.

According to the Lafayette Fire department, the building was surrounded by overgrown brush and trees, and “was considered blighted property with graffiti on the exterior.” Neighbors had reported seeing individuals entering the property in the past, and “there was evidence found in the burnt structure indicating the possibility of someone possible squatting inside.”

Lafayette fire investigators, Louisiana State Fire Marshal investigators and agents with the Bureau of Alcohol, Tobacco and Firearms examined the scene, and determined that the fire began inside the unsecured building. The investigation is ongoing. 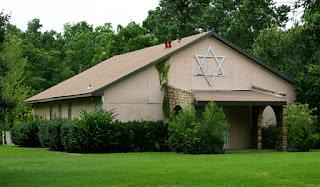