“Riding with the Rabbi” films to debut online 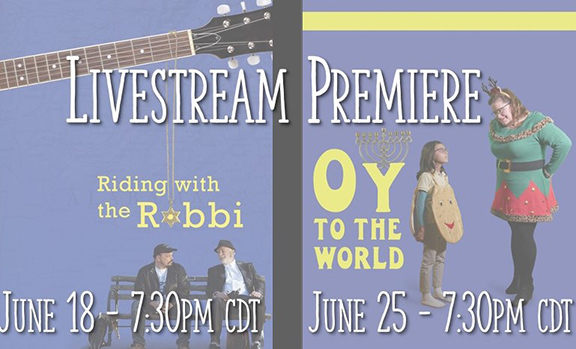 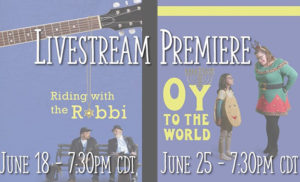 Plantation Films will have the Facebook Live debut of two of its made-in-Alabama films, “Riding with the Rabbi” and “Oy to the World” this month. The films are part of a Rabbi Trilogy that will eventually include “The Sukkah.”

Directed by Yvette Hochberg, the films were made in Montgomery, with a group of mostly local talent. Hochberg said the films attempt to show aspects of Jewish life in the South. They were made in association with the Jewish Federation of Central Alabama and Agudath Israel-Etz Ahayem in Montgomery.

“Riding with the Rabbi” is a comedy about an unlikely friendship between Sam, a good old Southern Jewish “boy,” and Rabbi Stan, a misplaced mohel.

Hochberg said the film about two people of different backgrounds coming together in the middle “was an ecumenical effort between crew and cast — filmed in the Bible Belt, it’s a cooperation between Jews and Christians in making this film.”

The shooting at Tree of Life Synagogue in Pittsburgh occurred during the filming, and the film is dedicated to the victims and families. It has been screened at festivals, and a special showing in Montgomery for those who were involved in the production.

“Oy to the World,” which was completed in April, is the story of 10-year-old Sally, who wants a memorable Chanukah despite the efforts of her grandmother, Jessica, who wants to help her fit in. The film explores Jewish identity in the heart of the Bible Belt.

Hochberg said the film is especially significant to her as it was completed just after the death of her sister, who helped her find her spirituality, “just as Sally helps her Grandmother Jessica.”