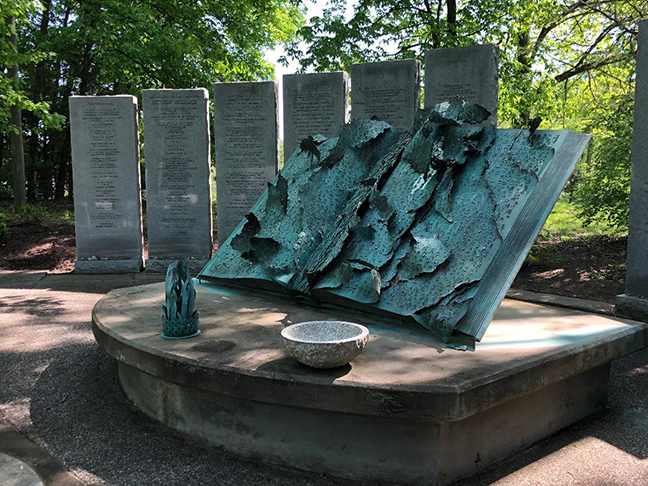 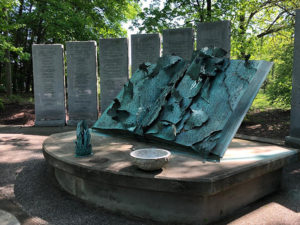 On June 13, vandals attached a sheet containing antisemitic and white supremacist messages on the Memorial Walls at the Holocaust memorial in Nashville.

The sheet, which was taped to the granite memorials at some point during the afternoon, read “Kikes Lie, Whites Die,” and referenced numbers 14 and 88. The number 14 represents the 14 words in a white supremacist motto, and 88 refers to the eighth letter of the alphabet, making it shorthand for “Heil Hitler.”

In a statement, Gordon Jewish Community Center Executive Director Leslie Sax and President Raymond Jacobs said the community “is deeply shocked and saddened” by the attack. The memorial is tucked away in a wooded area near the parking lot, but out of view of the main road.

They added, “we are working with local authorities in their investigation, and the Jewish community security network was immediately informed of this incident.”

Felicia Anchor, who chairs the Nashville Holocaust Memorial Committee, said the community “has been actively engaged in sincere efforts to combat injustice and intolerance” in recent days, and over Shabbat “the oldest hatred, the oldest menace to a discriminated minority threatened the security of the Nashville Jewish Community.”

She noted that the Memorial Walls are, for many, “the only place to recognize family members because their bodies were consumed in crematorium and they have no graves… With this vile act, their memory was devalued and dishonored.”

The memorial was established after Holocaust survivor Esther Loeb commented that unlike many other communities, Nashville did not have a Holocaust memorial. She spoke with Anchor, who was born to Holocaust survivors in the Bergen-Belsen displaced persons camp after the war.

Anchor, who moved to Nashville in 1972, had a “fundamental interest” in learning about the Holocaust, and got to know members of the survivor community in Nashville.

Anchor convened a committee, which spurred the Gordon JCC to donate land for the memorial. They wanted it to be an outdoor memorial, and turned to architect Manual Zeitlin, who donated his services in designing the master plan.

It took about two years to raise the funds for construction, and it was dedicated in October 2006.

The memorial’s website gives brief biographies of most of the roughly 300 individuals memorialized on the walls, and there are 18 chairs facing the walls.

In recent weeks, there has been a rise in antisemitic graffiti. During Passover, the Conservative and Chabad congregations in Huntsville were tagged with swastikas and white supremacist messages. Last week, swastikas were found painted on the street in front of a Jewish cemetery in New Orleans, and on June 13 in Huntsville, racist graffiti was accompanied by swastikas on a busy overpass.

The Gordon JCC statement concluded, “At a time when our nation is confronting racism and anti-Semitic attacks are rising, our JCC community continues to stand united with those who condemn discrimination in all its forms.”

Anchor called on everyone to make “Never Again” the highest priority. “Every one of us has a choice. We can be change agents to end injustice and intolerance… Or, we can tolerate living among those who poison us all with their hatred and desecrate that which is most dear to us.”