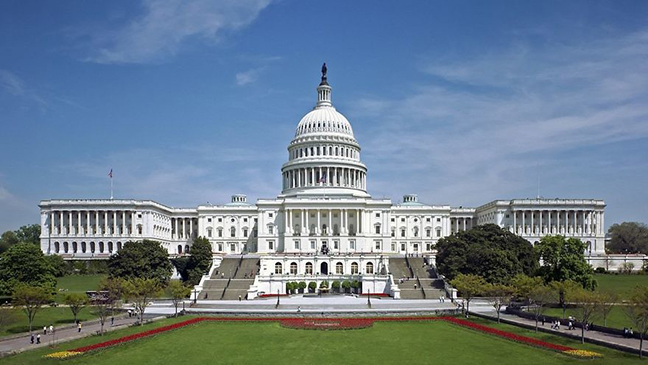 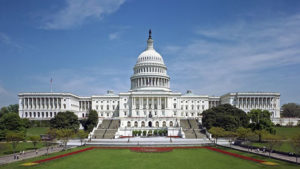 As the July 1 date approaches where Israel will begin considering extending sovereignty to Israeli towns in the territories, dueling letters have been circulated on Capitol Hill declaring whether or not U.S. Congressional representatives think it is a good idea.

While the Democrats circulated a letter urging Israel not to “annex” parts of the West Bank, the Republican letter backed Israel’s right to determine its own borders.

The Republican Whip, Louisiana Rep. Steve Scalise, along with Reps. Kevin McCarthy of California and Liz Cheney of Wyoming, spearheaded the Republican letter, which attracted 116 signatures out of the 198 House Republicans.

The Democratic letter, from “American lawmakers who are long-time supporters, based on our shared democratic values and strategic interests, of Israel and the U.S.-Israel relationship,” expressed “deep concern” that “unilateral annexation” will make the goal of two states for two peoples “harder to achieve.”

The letter was authored by authored by Reps. Jan Schakowsky and Brad Schneider of Illinois, Ted Deutch of Florida and David Price of North Carolina. In all, 191 of the 233 House Democrats signed.

Similar letters have been signed by 30 Democratic Senators, along with many associates of the Joe Biden presidential campaign.

The Israel Policy Forum, which opposes “unilateral actions by Israelis and Palestinians, including annexation,” applauded the letter, noting that it was signed by “nearly every single member of leadership of the Congressional Hispanic Caucus, Congressional Black Caucus and Congressional Asian Pacific American Caucus.”

Most of the House Democratic leadership also signed, except Rep. Nancy Pelosi, as it is rare for speakers to sign letters like this. All of the Democrats on the House Appropriations Committee subcommittee on foreign assistance signed, as did almost all of the Jewish Democrats. Birmingham native Rep. Elaine Luria of Virginia, New York Reps. Eliot Engel and Max Rose, and New Jersey’s John Gottheimer were the only Jewish Democrats who did not sign.

Reps. Terri Sewell of Alabama and Cedric Richmond of Louisiana signed, but Mississippi’s Bennie Thompson did not.

The Democratic letter notably did not echo calls from some on the far-left of the party, who want to see U.S. aid to Israel conditional based on Israeli policy moves. A letter in the Senate, which did state that the move would “fray” U.S.-Israel ties, did not get much traction, prompting House Democrats to leave that out.

The American Israel Public Affairs Committee told JTA that it opposes the letter because “it publicly criticizes Israel for potentially adopting a policy that would only be implemented in consultation and coordination with the U.S. government, it does not reaffirm the full U.S. commitment to Israel’s security assistance and it fails to provide the proper context that the critical problem in advancing the peace process is that for over a decade the Palestinian leadership has refused to come to the table to negotiate directly with Israel.”

The Republican letter is to “reaffirm the unshakeable alliance between the United States and Israel, to emphasize that Israel has the right to make sovereign decisions independent of outside pressure.”

The letter also expresses to Netanyahu “our support for you as you make such decisions in your capacity as Israel’s democratically-elected prime minister.”

The letter backs the Trump peace plan, which “offers the promise of success where past efforts have failed, recognizing Israel’s vital national and security interests while providing for a fair and reasonable compromise with the Palestinians, should Palestinian leadership opt finally to prioritize peace.”

T’ruah: A Rabbinic Call for Human Rights issued a letter from hundreds of rabbis, calling on Israel to abandon annexation plans, calling them a “catastrophic mistake.”

The letter says “Annexing all or part of the West Bank would mean turning Palestinians living there into non-citizen residents of Israel, without the legal rights or voting rights of citizens.”

Currently, Israel plans to extend sovereignty areas that include Jewish towns that most past peace plans have envisioned would remain a part of Israel under any agreement. Currently, 98 percent of the Palestinians in the territories live in areas controlled by the Palestinian Authority.

About 500,000 Jews live in the areas under consideration. The Jordan valley, which is seen as highly strategic, is also being discussed for sovereignty. In all, the areas consist of roughly 30 percent of the territories.

The territories, known informally as the West Bank, were captured in 1967 by Israel when Jordan ignored Israeli pleas to stay out of the Six Day War. Jordan had previously taken the area during Israel’s 1948 War of Independence, but only two nations recognized Jordan’s annexation. Prior to 1948, the area had been under British administration and had been slated for an Arab state, but that plan was rejected by the Arab world because it also proposed a Jewish state alongside.

Legal experts say annexation is taking over the land of another sovereign nation, but there was no recognized prior nation in the West Bank — instead its legal status is disputed, to be finalized through negotiations. As the area has been in limbo for over 50 years, Israel’s proposal is to extend sovereignty to Jewish towns in the territories.

Palestinians in PA areas vote in PA elections and are subject to PA laws. Areas outside PA jurisdiction, including Israeli towns in the territories, are subject to Israeli military law while Israel administers the area. Extending sovereignty means those communities would instead be governed by less-restrictive Israeli civil law, much as Palestinian towns are under Palestinian civilian law.