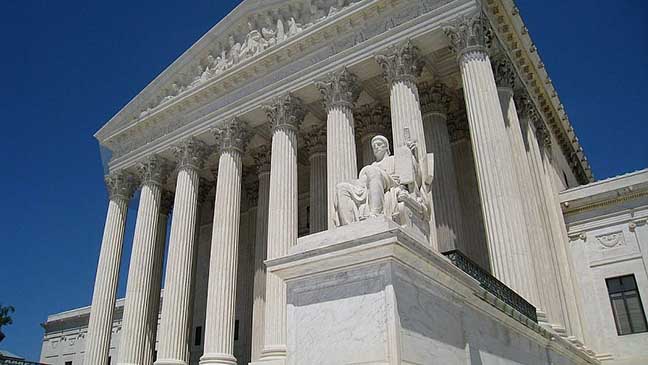 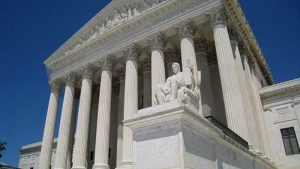 The National Council of Jewish Women celebrated the United States Supreme Court June 29 ruling that struck down as unconstitutional a Louisiana law that was aimed at further restricting abortion in the state.

In a 5-4 ruling, the court ruled that the law was virtually identical to a Texas law that the court had rejected in 2016. The law required doctors who perform abortions to have admitting privileges in a nearby hospital. Backers of the law say it provides a layer of safety for women, while critics of the law note that there is no medical rationale for such a restriction, and hospitals are reluctant to grant such privileges because of the controversy it would bring.

Implementing the law would likely have led to the closing of two of the three Louisiana clinics that still perform abortions.

In initially striking down the law, a District Judge had found that implementation would lead to only one doctor being available to perform abortions in the entire state, and the judge also monitored 18 months of unsuccessful “good faith” efforts by doctors to gain admitting privileges. Roughly 10,000 women seek abortions in Louisiana each year.

Susan Hess, president of the New Orleans Section of NCJW, and NCJW National CEO Sheila Katz issued a joint statement saying that while the organization is glad the Supreme Court struck down the law, “this fight is far from over as anti-abortion lawmakers across the country continue their sustained and coordinated attacks on our reproductive freedom,” and this law is one of over 450 state laws since 2011 aimed at restricting abortion access.

They also cited persistent “structural barriers to care resulting from long-standing social and economic inequities” since the Hyde Amendment denies abortion coverage to those in federal health programs.

“As people of faith, we refuse to remain idle while moral autonomy, health, and lives are at stake,” they said. “Every single day, we advocate for abortion rights and access for all because of Jewish values, not in spite of them.”

On June 30, NCJW announced the formation of Rabbis for Repro, encouraging “Jewish clergy to pledge that they will teach about the issue and create an open system of support for reproductive health care access in their communities.”

Katz noted that “our tradition views abortion as essential healthcare, not only permitted but in some cases commanded when a life is at risk… we’re asking Rabbis, Cantors, and Jewish educators to commit to teaching their communities about the Jewish perspective on this critical issue, making it clear that they will welcome and support those who have or may in the future choose to terminate a pregnancy.”

Clergy who sign the pledge will be invited to participate in training online and will receive tools and resources to become public allies for reproductive freedom.

“Reproductive freedom is a Jewish issue,” said Rabbi Danya Ruttenberg, who worked with NCJW to create the Rabbis for Repro campaign. “Our religion commands us to not stand idly by while barriers to healthcare place any individual’s health, well-being, autonomy, or economic security at risk.”

The heads of the Reform, Conservative and Reconstructionist movements have signed on, along with prominent Orthodox and Renewal rabbis.

Among the initial signers are Rabbi Alexis Erdheim of Gates of Prayer in Metairie, Shana Mackler of The Temple in Nashville, Joshua Kullock of West End Synagogue in Nashville, Raina Siroty of Gemiluth Chassodim in Alexandria, Barry Block of B’nai Israel in Little Rock, and New Orleans native Judith Siegal of Temple Judea in Coral Gables, Fla.