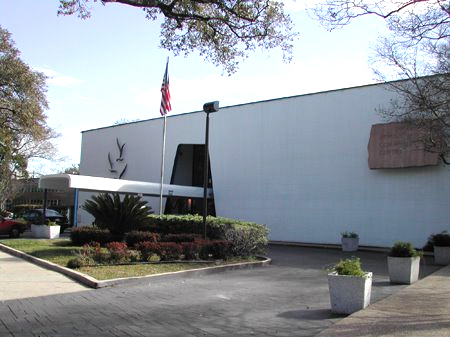 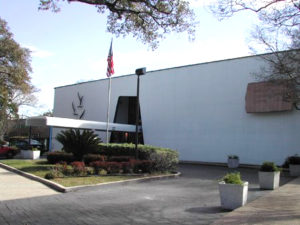 After two years of a community-wide conversation on issues of security, the New Orleans Jewish community is poised to embark on a relatively new national program.

After promoting coordination and making advances in numerous areas, the security committee convened by the Jewish Federation of Greater New Orleans will “move into more of a 24/7 effort, led by someone in law enforcement,” through participation in the Regional Security Advisor Program of the Secure Community Network, said Federation CEO Arnie Fielkow.

The SCN is a national homeland security initiative of the Jewish Federations of North America and the Conference of Presidents of Major American Jewish Organizations, and consults with Jewish communities across the country.

The RSA facilitates placement of a full-time security expert in communities, often working on a regional basis. Fielkow said this “would allow us in New Orleans to have a trained expert 24/7 working for our city, working for Baton Rouge, identifying threats, helping with training, coordinating with law enforcement at the federal, state and local levels.”

The individual would be selected by the local community, but is technically employed by SCN.

The New Orleans security committee is chaired by Aaron Ahlquist of the Anti-Defamation League and Roselle Ungar of Jewish Family Service. While the committee has accomplished a lot, Ahlquist said “a lay leadership driven committee, no matter how strong the committee members and participants are, is still a lay committee,” and it is important to have someone whose sole focus is security.

Fielkow said the person would focus “day in and day out” on security, and it is a “much needed” program.

Ungar said there is no uniform answer, as different institutions have different vulnerabilities. Training sessions have been held on situational awareness, best practices, security staffing, active shooter situations and the availability of security grants.

There is a federal grant program for security needs, and as an example, in late June Anshe Sfard announced it had received a security grant from the Department of Homeland Security.

“A number of our local institutions have been able to get grant money to harden facilities and for other security needs,” Fielkow said.

This past year, there was a bill in the Louisiana Legislature to establish a state grants program, as exists in about 10 other states. While it passed committee, the bill ultimately died, but there are plans to reintroduce it next year.

Fielkow said there have also been anonymous “generous donors in the community” who have provided funds for agency and synagogue needs, including having law enforcement present during services.

As an example, the community has worked closely with the Jefferson Parish Sheriff’s Office, as a substantial part of the community’s infrastructure is along a corridor on West Esplanade Avenue.

Sheriff Joe Lopinto said the officers are very familiar with the Jewish institutions in the area. As the largest Sheriff’s office in the state and one of the 15 largest in the country, “we have a lot more resources” and a lot more training.

They have conducted active shooter trainings, as “time is of the essence” in such incidents, and “how do you make sure you are organized enough to end a threat and save lives.”

They also monitor intelligence to spot potential threats. Lopinto said that was especially important after the shooting at Chabad in Poway, Calif., as there were concerns of copycats. “We didn’t have any indication that this would be the case, but we were prepared for it,” he said.

But the main thing, he said, is to emphasize that there is far more good in the community that doesn’t make the news, and the Jewish community should not be afraid to go about its business.

Founded in 2004, SCN works with 146 Federations, 50 partner organizations and over 300 independent communities on issues of community security.

The RSA initiative started in December 2017, according to SCN Director Michael Masters. The agency had a listening tour of 105 communities, law enforcement and homeland security representatives. “We had a lot of conversations about the threat picture,” he said.

There were 30 community security directors, mainly through Federations. While he said that isn’t unimpressive, with the number of Federations and independent communities, “over 80 percent of Federations didn’t have coverage,” and the community needs “a security shield.”

For Masters, what truly drove home the need is when he was on the ground in Charlottesville for the white supremacist rally in August 2017. He stood on the steps of Beth Israel, which was at the nexus of the demonstrations. The congregation’s president said the community there “just felt so alone.”

In June 2018, Memphis became the pilot community for RSA, with the hiring of Stuart Frisch. The program is modeled after the U.S. Department of Homeland Security Protective Security Advisor program, and is the first adaptation for a faith-based community.

Masters said the program was designed for “communities that were underserved and unserved by security directors, and where there were concerning or significant threats.”

The program is now in nine communities, including some larger Federations. Atlanta joined earlier this year.

“In addition to providing the benefit of regional coverage, we have a lot of Federations that are recognizing through this program they are getting the benefit not only of a security director but a national network,” Masters said. The goal is to have a best practices standard of security throughout the Jewish world.

Fielkow said the program “is not inexpensive,” and funds will need to be raised to establish the local position. A major anonymous gift was received in late June that will be a “very substantial” part of the initial three-year effort, but additional donors will be needed.

Ahlquist said that “it is important to remain vigilant even if societal attention is in other areas right now.”

While a lot of recent attention has gone to the racial protests in the aftermath of George Floyd’s death, Ahlquist said “we can’t forget that during Covid, there were multiple ways which antisemitism manifested itself,” from conspiracy theories that blamed Jews for the virus, to the use of Holocaust imagery and Nazi comparisons by those protesting restrictions during shutdowns.

There are also extremists “who are looking to benefit by sowing chaos and discord, and in some spaces trying to drive a wedge between black community voices and Jewish community voices,” he added.

Fielkow said community security remains “one of the top priorities right now, and certainly will be in 2021.”

Masters has been in New Orleans to facilitate discussions and praises the level of collaboration in the community. “It’s an honor to support them,” he said, and he feels a personal obligation to work with New Orleans, as his father was in the New Orleans FBI field office in the late 1960s and early 1970s.

In addition to physical security, SCN recently released a 33-page guide to nearly 2,000 Jewish organizations on how to safely reopen and resume operations during phased reopenings from the coronavirus pandemic.

“This isn’t about going back to the way things were. It’s about evolving to the way things will be,” said Masters. “It is our hope that communities, organizations and facilities will be able to use this guide to develop plans unique to their own situations and to provide confident and inclusive leadership, while strengthening their communities.”