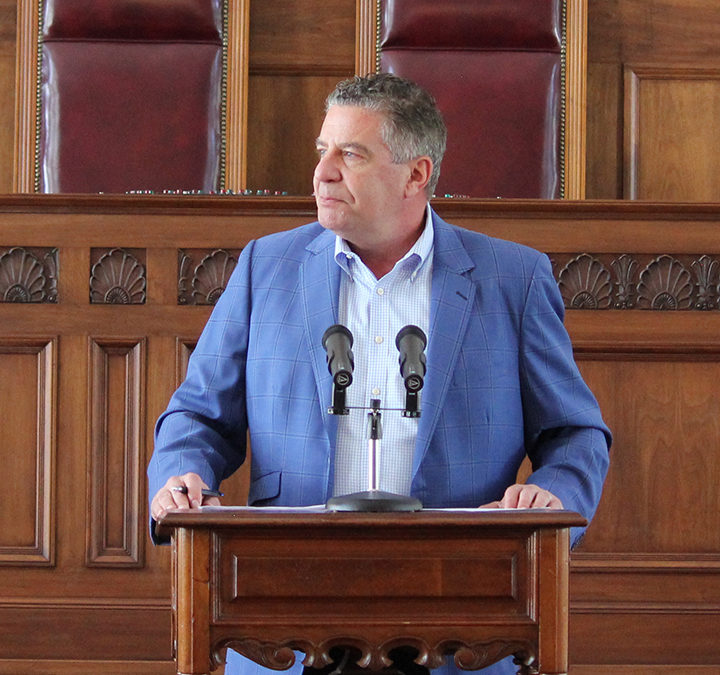 As the annual L’Chaim celebration by the Birmingham Holocaust Education Center moves virtual this year due to social distancing limitations, former U.S. Secretary of State Madeleine Albright and Auburn Basketball Coach Bruce Pearl will be the keynote speakers for the online event.

The organization will honor Susan and David Silverstein at the 2 p.m. virtual event on Aug. 23.

“Now more than ever, the BHEC is dedicated to preserving and sharing our Alabama Holocaust Survivors’ stories, which are powerful reminders to us all, of the consequences of hate, and silence in the face of hate. Even during this challenging COVID-19 pandemic, we are empowering teachers and our greater community through Holocaust education online workshops,” said Rev. Melissa Self Patrick, BHEC executive director.

Born in Prague in 1937, Albright fled as a toddler with her family when the Nazis invaded Czechoslovakia, and lived in England during the war. She was raised Catholic but later found out her parents had converted from Judaism, and three of her grandparents died in concentration camps during the Holocaust.

In 1993, President Bill Clinton named her U.S. permanent representative to the United Nations, and in 1996 Clinton nominated her as the first woman to be Secretary of State, a position she held until the Bush administration began in 2001. Her tenure included numerous rounds of Israeli-Arab negotiations.

In 2012, she was awarded the Presidential Medal of Freedom by President Barack Obama.

Pearl has been the Auburn basketball coach since 2014, and in 2019 became the first coach in the state to lead a team to the Final Four. During that tournament, Auburn became the first team ever to knock off the three winningest programs in college basketball history in a row, defeating Kansas, North Carolina and Kentucky.

During his time as head coach at Tennessee, the team traveled to Europe and he made sure to include stops at the Theresienstadt and Dachau concentration camps on the team itinerary.

A passionate advocate for Israel, he coached the U.S. national team to a gold medal in the 2009 World Maccabiah in Israel. Before the Covid pandemic hit, he was planning to take the Auburn basketball team to Israel during the summer of 2021.

In 2019, he was the keynote speaker for the Alabama state Holocaust commemoration at the State Capitol in Montgomery.

Albright and Pearl will “share words of hope, empowerment, and why Holocaust education is critical today,” according to the BHEC.

For information about the live broadcast, and contribution information, visit bheclchaim.swell.gives. Proceeds from the event benefit the agency’s educational programming.