Due to Covid, This Year Sidewalk Goes to the Drive-In 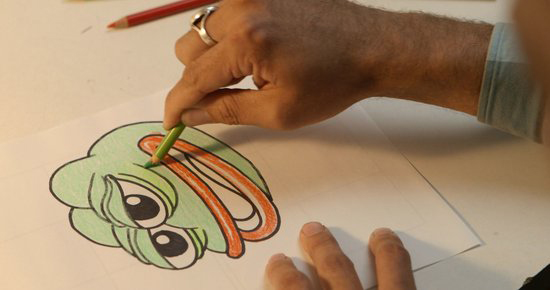 This year, the Sidewalk leads to the drive-in. Birmingham’s annual film festival, historically held in the downtown theatre district, will relocate to The Grand River Drive-In at The Backyard in Leeds, Aug. 24 to 30, due to the ongoing Covid-19 pandemic.

The 2020 event transition will provide this year’s attendees with a safe option to view the more than 150 feature and short films during the festival on four drive-in screens every evening during the week.

Since the pandemic quarantine began in mid-March, the new Sidewalk Cinema Center at The Pizitz downtown has been closed. Sidewalk began offering some programming online and tested out the drive-in format with some films in the spring held in the REI parking lot at The Summit.

“We are thrilled that there is a unique, safe way to have Sidewalk this year despite the many obstacles that the ongoing coronavirus pandemic has presented,” said Sidewalk Film Festival Executive Director Chloe Cook. “We are thankful for the partnership with The Drive-In at Grand River and know that this year’s event will be one to remember for all involved.”

One of the feature films in this year’s festival examines the rise in antisemitism online. The “Feels Good Man” documentary centers on artist Matt Furie, who created Pepe The Frog. Furie seeks to “take back” Pepe from the alt-right, who have co-opted Pepe’s images in antisemitic memes.

In the narrative feature “Harley,” the title character is a single, out-of-shape 51-year-old criminal defense attorney whose father is a Holocaust survivor. Harley meets a younger woman online, who is into underground mixed martial arts. He tries to impress her by getting in shape and training to fight in this dramady.

Some of the older movies featured in this year’s Sidewalk Film Festival have Jewish connections. “Teen Witch” stars Zelda Rubenstein. The other part of the “double feature” — “Teen Wolf” — stars Jerry Levine and is written by Jeph Loeb along with Matthew Weisman.

Jennie Livingston directs the 1990 documentary “Paris is Burning.” Filmed in the mid-to-late 1980s, the film chronicles the ball culture of New York City and the African-American, Latin, transgender communities involved in it.

One of the opening night films, “First Cow” by Jewish director Kelly Reichardt, will likely be in consideration for an Oscar. This movie centers on a skilled cook who has traveled west and joined a group of fur trappers in Oregon. He connects with a Chinese immigrant and the two soon collaborate on a successful business.

Some other notable announced titles include a documentary on singer-songwriter “Suzy Q,” who helped redefine the role of women in rock and roll when she broke out in 1973.

Another film, “Jasper Mall,” by Alabama filmmakers Bradford Thomason and Brett Whitcomb, chronicles a year in the life of a dying shopping mall.

“Banksy Most Wanted,” a new documentary, paints the picture of the graffiti artist who is a household name, but little is known about the man himself. The movie attempts to uncover one of the art world’s biggest unanswered questions — who is Banksy?

For information about tickets and more titles as they are announced, click here. Gates will tentatively open each evening at 6:30 p.m., with the start of the first films of the night scheduled to begin at 8 p.m. On-site ticket pricing will be based on the car’s occupancy.

Sidewalk officials also said that information on the second Birmingham Jewish Film Festival will be announced soon, but go ahead and put Nov. 16 to 22 on the calendar.