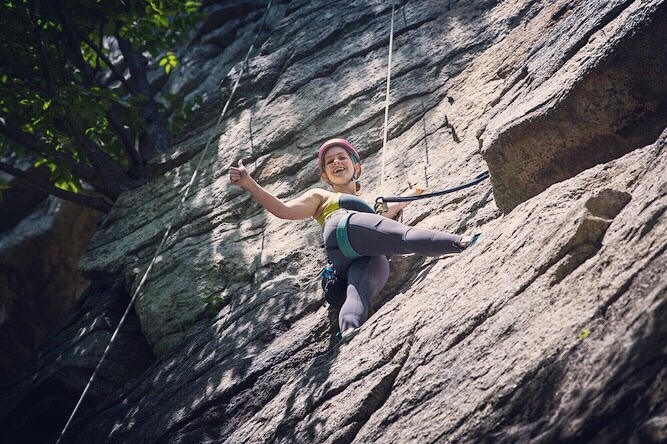 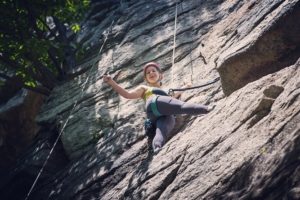 Lauren Sobel, an Alexandria native and former Henry S. Jacobs camper and staffer, died in a rock climbing accident in New York on Aug. 9. She was 25.

Sobel, a resident of Brooklyn, was leading a climb with two friends around 3:30 p.m. at the Trapps Trailhead area of Mohonk Mountain Preserve when she lost her grip while setting protection gear about 70 feet up the rock face, according to a New York State Police report. Three additional safety measures all failed. She fell about 50 feet and was pronounced dead at the scene.

Her older sister, Ellie Sobel Whitcher, said on Facebook that Sobel was “an incredibly amazing, bright, brave, and kind person who loved and was loved by many.”

Whitcher said “Helping others, people with disabilities, and especially veterans, to inclusively participate in climbing was very rewarding for Lauren. We are grateful that at the end of her life, she was pursuing her passion.”

Sobel was a municipal research strategist with Bank of America, specializing in transportation infrastructure.

Her father, David Sobel, told the New York Post that she had always been adventurous and looking to experience new places. As a teen, she wanted to visit France, so he told her it was a deal if she made straight As and became fluent in French. She did, winning the state French convention.

An alumna of the Louisiana School for Math, Science and the Arts, she graduated from Tulane with a degree in political economy. At Tulane, she was a research assistant in the political science department, helping Mark Vail research his book, “Liberalism in Illiberal States: Ideas and Economic Adjustment in Contemporary Europe.”

She was in the Columbia University Post-Baccalaureate Business Program and the Cal-Berkeley Extension’s Financial Planning and Analysis Professional Certificate program, which she was to complete this December.

A certified climber, Sobel volunteered with Adaptive Climbing Group of New York, which helps those with disabilities to climb. She also worked with Crux Climbing, which expands access to rock climbing for the LGBTQ community.

She first started climbing while helping military veterans who were amputees climb at indoor facilities.

For her volunteer work with veterans, she was recognized with a volunteerism award from Bank of America.

Adaptive Climbing Group held a virtual memorial on Aug. 11, with assistance from the Climbers Grief Fund of the American Alpine Club. No additional funeral information was available as of press time.