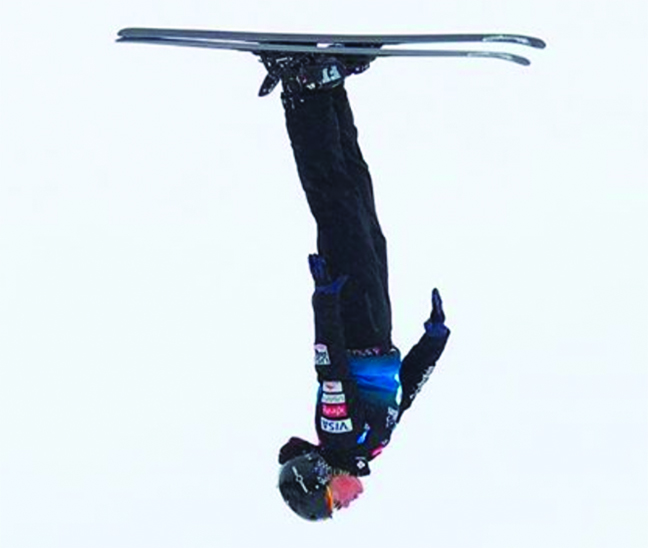 Seeing snow in Montgomery is like finding a Jewish girl playing with her pet pig — unusual, but not unprecedented.

What is unprecedented is the path that Dani Loeb, who grew up on a farm near Montgomery, is forging as the first Alabamian to make the U.S. National Ski Team.

Dani is training in Utah with the hopes of making the 2022 Winter Olympics in a different sport than her initial dream, which was gymnastics.

She grew up on a farm in Pintlala, just south of Montgomery, with her parents, Ricky and Jamie. The exuberant Dani spent a lot of time outdoors, climbing anything she could reach.

By age two, she was doing gymnastics and taught herself how to swim. “She ran and jumped off the pier,” said Jamie. “Before we could get to her, she figured out how to swim.”

Dani “always pushed every boundary you could get away with pushing,” she said.

To channel her energy, Jamie enrolled Dani at age 6 for regular gymnastics classes at United Gym Stars in Montgomery. “After the first couple classes she was in, they immediately put her on level 4 teams.” She won state competitions and placed at regionals, and at summer camps would win talent awards.

Her achievements came despite a major health scare when she was 6. A water moccasin bit her, and she had to be airlifted to Children’s Hospital in Birmingham. It took two years for her immune system to restore itself, and she still has lingering effects in her leg muscle.

Seeking to expand on her obvious talents, when she was 12 they moved to Coppell, Tex., and she trained at Texas Dreams, the gym of national champion Kim Zmeskal. While her skills increased, she realized she wasn’t going to be the next Simone Biles, but still had a great future in college gymnastics.

That’s when a recruiter for the U.S. national ski team heard about her and suggested she try aerial skiing.

Dani said she had to go look up what aerial skiing was. She decided it was a good time to go ahead and try another sport, as “I’d only ever done gymnastics.” Aerial skiing “was kind of like gymnastics, but it was also skiing.” 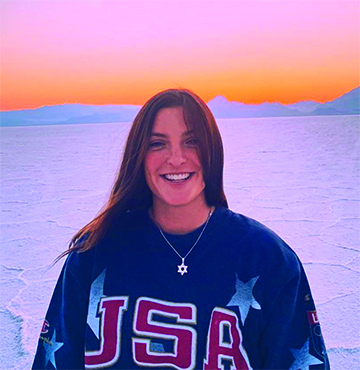 Her only experience with skiing was the “typical Southern spring break” when her family would go skiing out west, but she hated ski school and would hang out in the gym, so she wasn’t particularly experienced. Even her experience on the water was with wakeboarding rather than water skiing.

A friend showed Dani a video of the U.S. Freestyle Ski Team’s Aerials Development program tryout camp. When Jamie saw it, she said “these people have to be just crazy,” going down the mountain and then up a ramp that throws them 40 to 50 feet in the air, where they do twists and flips before landing on a hill with a 40-degree slope.

Nevertheless, Dani’s parents decided to let her try out and see what happens. They went to Liberty Mountain in Virginia, where prospects went down an artificial ski hill onto a big air bag. When Dani did it, Jaime said “muscle memory took place,” as she did a flip and landed perfectly, then skied off the bag. She wowed the crowd, as “no one ever does that.”

Dani said she was supposed to just jump onto the airbag but “accidentally” did the backflip. “It kind of came natural.” The next time they did ask her to do a backflip, but she tried too hard and landed on her head, much to the alarm of her parents.

Dani was chosen from the 35 trying out for one of 12 slots on the U.S. Freestyle Ski Team’s Aerials Development program, and at age 14 was the youngest female member. When she made the program, she received a congratulatory message from Biles.

Rather than have her live by herself in a training center, the Loebs then moved to Lake Placid, N.Y., where the weather was far colder than Central Alabama. Along with the different accents, another element of culture shock came on Saturdays in the fall, where initially, nobody else realized the importance of Alabama football. Ricky was a walk-on at Alabama, while Jamie is a life-long Bama fan despite being an Auburn alumna. Dani’s passion for the Tide became a curiosity for the other athletes, and before long, football Saturdays were major events at the Loeb home, with dozens of bobsledders, skiers, gymnasts and other athletes hanging out — and getting fed.

The bobsledders, who adopted Dani as their mascot, “eat a lot of food,” Jamie said.

In that atmosphere, Dani grew up fast, “getting exposed to all these wonderful personalities” from around the world.

After two years of training in New York, they moved to Park City, Utah, so she could be on a club team. By age 18, she had placed in the top 10 in the North American Cup Series six times, then had six top-three finishes, including two gold.

In 2018 she was top American female in the World Cup held before the Winter Olympics. In 2019 she was hampered by a minor knee injury, but still competed in Italy and became the first American to win a Europa Cup.

This May, she was named to the national aerial team. She’s working to make the 2021 World Cup team. Dani had just made the U.S. team for the Junior Worlds when Covid ended the season.

The Loebs spend eight or nine months each year at the city where Dani is training, then return to Alabama for the rest of the time. When the Covid pandemic hit in March, they isolated at their home on Lake Martin, east of Montgomery, and she volunteered with a group delivering lunches to Wetumpka Middle School students who would otherwise be missing meals when the schools shut down for Covid.

Her rank in the top 30 in the world and No. 4 ranking among American women led to her being named to the U.S. team through 2022. Though she is on the team, that does not guarantee an Olympics spot.

Being an Alabamian on the national ski team “is a good message to people that even though you might not be in the right part of the world to do something, it doesn’t mean that one day you can’t get to that spot and achieve something big like this,” Dani said.

She has also found greater strength in her Jewish identity. Jamie said that when Dani was outside the community and the Temple in Montgomery, “she wasn’t quite as sure whether she wanted to share” about being Jewish. “Now she is completely open to share” something that she finds unique.

When it came time for her Bat Mitzvah, she didn’t want to have a big party, but liked the idea of putting that money toward a trip, so she decided the family would go to Israel for two weeks. She could take one friend, so she selected Rabbi Elliot Stevens of Temple Beth Or. Stevens died of cancer in 2017, and this was his last major trip.

Her bat mitzvah was supposed to be at the top of Masada, but they wound up doing it at the Western Wall. “I was one of the first to do it there,” in the section that had just been opened for egalitarian ceremonies. Israel “felt very homey, I felt very safe and like I was in the right place.”

She really wants to go back for another visit. “I loved it there.”

Dani is also passionate about Kenya. She works with Start With One, an organization that provides clean water, education and health care. She went on a trip to Kenya with a church group, “passing out water filters, food, clothes, building a school and things like that.”

After her skiing career, she is thinking of becoming a marine biologist or veterinarian, working with large animals. “Ever since I was little, I’ve loved animals,” she said.

And that includes her pet pigs. Her first was a birthday present when she turned 11, and she named him Mordechai, Morty for short. “He was our first pig, so he should have a Jewish name,” she reasoned. A year ago, she got Wiggly, “just this goofy little pig” that is “a ray of sunshine.”

Wiggly isn’t in Utah with her, though. He is back in Alabama, living on a friend’s farm. “He was rooting up the grass,” she explained.