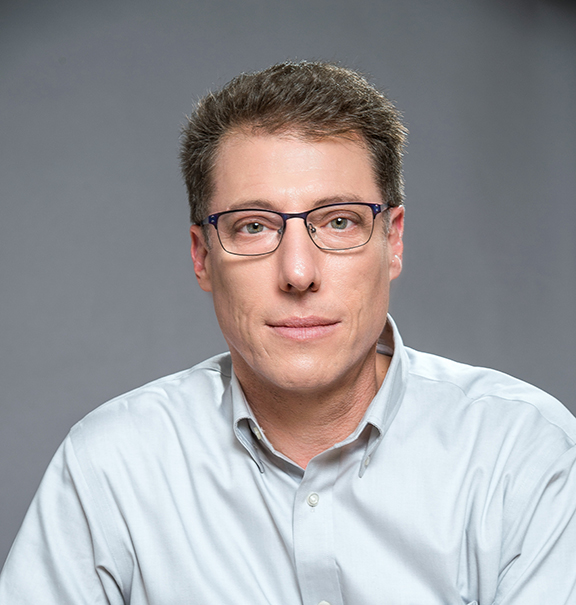 Family issues often are complicated. They can be fraught with misunderstanding, hurt, resentment, power shifts and changing attitudes over time. All of this becomes particularly important when the family is the American Jewish community and the Jews of Israel — once perceived of, whether correctly or not, as brothers and sisters, and today perhaps more accurately as cousins. But still family members who need each other despite occasional tensions.

These were some of the takeaways from an online program hosted on Oct. 18 by the Birmingham Jewish Federation’s Jewish Community Relations Council, featuring well-known author, scholar and rabbi Daniel Gordis, who grew up in Baltimore and moved to Israel in 1998. Gordis, 61, is a popular figure within the organized American Jewish community, largely because of his ability to bring clarity to confusing and complex questions and help American Jews better understand the history of Israel and the unique challenges its people face.

Gordis’ topic was headlined “Understanding American Jewish-Israel Relations.” His comments were framed by his 2019 book “We Stand Divided: The Rift Between American Jews and Israel.” The thrust of Gordis’ book, according to a review in the Wall Street Journal, is, “America and Israel are fundamentally different enterprises; the two have opposing missions and values that have engendered an abiding and probably irreconcilable conflict between American and Israeli Jews.”

A Gordis strength is that he is in effect a “scholar for the masses.” He has the ability to reach deep into the Jewish historical and cultural experience while tapping into contemporary events, then draw conclusions that are rich in nuance and informative in substance. That skill was on display as he gave participants a “30,000-foot” view of the pressure points between Israelis and American Jews, rather than drilling down on any particular issue.

He noted that for Jews, as well as other Americans, the American historical experience is vastly different than Israel’s. America was founded on a universal vision, articulated clearly, he noted, by such figures as Thomas Jefferson and Emma Lazarus. Their vision was that America could be a place for all to prosper, even though that hasn’t always been the case. By contrast, Israel’s David Ben-Gurion, the country’s founding father, had a different point of view. The Israel Ben-Gurion and his associates created was “particularistic,” not universal. It was to be a Jewish country, for Jews and of Jews, ready to welcome any Jew at any time.

While Israel is a democracy in the sense that it has free elections, free speech, a free press and an independent judiciary, it is not a democracy in the sense that the United States is, a country that was established with no preferred religion. Thus two branches of the Jewish family, one in America and one in Israel, have come of age under vastly different democratic cultures. Israeli particularism, Gordis acknowledged, can sometimes frustrate American Jews.

America’s universalism versus Israel’s particularism is further enshrined in their national symbols. America’s flag, he suggested, has no obvious features, other than what it represents historically, that distinguishes it from the flags of other nations. Israel’s flag is uniquely Jewish, not only with its Star of David but also it was created to suggest a tallit, the religious prayer shawl.

Another factor that has complicated the relationship is the shift in demographics. At the time of Israel’s rebirth as a modern Jewish state in 1948, it had 650,000 Jews and was a fragile country, striving to survive. It also was heavily dependent on the financial and political support of the American Jewish community.

Today, there are more Jews in Israel than in the United States — an astonishing shift in 72 years. Israel today is considered by both its allies and adversaries to be a significant military and economic power. This remarkable transformation, which few could have envisioned in 1948, has made Israel much less dependent on American Jewry.

The trend will likely continue. Gordis said by 2043, less than 100 years after Israel’s rebirth, the country is projected to have twice as many Jews as America.

Compounding what many see as a “rift” between American Jews and Israel is a considerable divergence in opinion when it comes to U.S. President Donald Trump. American Jews continue to vote overwhelmingly for the Democratic candidate for president and are expected to do so again in the upcoming election. Israelis, on the other hand, support President Trump by a significant margin, believing that his administration has significantly enhanced the well-being of their country. Gordis suggests that those things about Trump that trouble American Jews are insignificant to Israelis who focus on the interests of their country first.

Many American Jews view the Palestinian issue differently than many Israelis do. American Jews see it as far more urgent and an indication of an “occupation” that is corrupting Israel’s soul. Most Israelis don’t see it that way. They see it as a political and security issue that needs to be settled but aren’t quite sure how to do that. What is significant, Gordis said, is that the Arab states are losing interest in the Palestinians, blaming them more and more for their own plight. He contends that the Arab-Israeli conflict, as it was traditionally viewed as a conflict between countries is over, especially given the recent agreements Israel has signed with the United Arab Emirates and Bahrain and the continued warming of relations with Saudi Arabia. The Arabs have come to see how an alliance with Israel can benefit them — technologically, military and economically, especially given their concern about Iran.

The implication is that the issue, despite the opinion of American Jews, won’t have the urgency that they would like.

Nonetheless, Gordis believes, American Jews and Israelis still need each other. One is a practical reason. Antisemitism is a genuine concern today, even in the U.S. Jewish history shows that every successful Jewish diaspora eventually encountered an antisemitic backlash which often emanates simultaneously from the far left and the far right. He said he wasn’t predicting that this was about to happen in America, though he did note that one of the cornerstones of the Zionist vision is to make sure that there is a sovereign and strong Jewish state for Jews to flee to in times of distress.

The other reason American Jews and Israel need each other goes back to basics. Together, we are stronger. Gordis recalled a famous slogan of the United Jewish Appeal, a forerunner of today’s national Federation organization, Jewish Federations of North America. The slogan was, “We Are One.” To achieve that though, requires humility — on both sides, he stressed.

As in any family, there has to be some give and take and a willingness to cut the other some slack. Transmitting this message seems to be Gordis’ ultimate mission in discussing and writing about the rift he describes in his book. “Let’s use humility to begin building a better future for all of us,” he urges.

Sounding as much like a family therapist as a rabbi and a writer, among his final words were these: “Our goal should not be to wait until the other side starts behaving as we wish they would behave, but to increase our understanding of why the other side behaves the way it does.”

The above program was underwritten in part by the Rachel and Arthur Herschthal Fund of the Birmingham Jewish Foundation. Birmingham Jewish community volunteer leader Ronne Hess, a friend of Gordis, introduced him. David Romanoff, chair of the Jewish Community Relations Council, spoke about the Council’s Israel Connections Committee, a partner in the program. “The Israel Connections Committee works to connect Israel and Birmingham through education, economic opportunities and people to people programming,” said Romanoff. The program can be viewed here. Photo by Israel Hadari Photography.