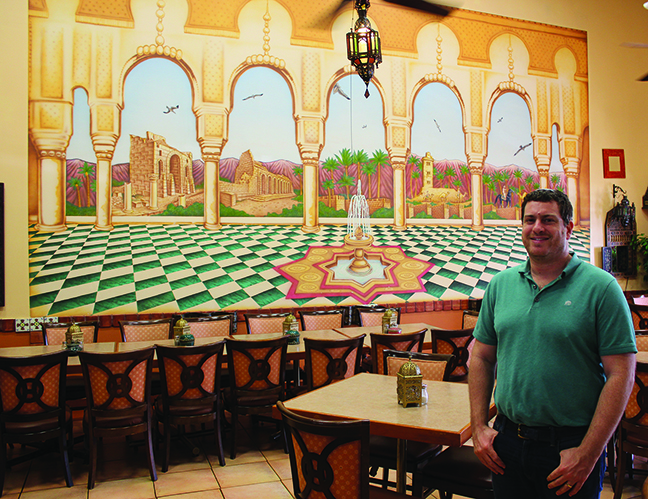 Restaurant industry struggles during the coronavirus pandemic struck again with the announced closing of Casablanca in Metairie.

According to owner Andy Adelman, who made the online announcement on Nov. 18, Hurricane Zeta provided the final blow.

“These past nine months have made quite an impact on our business,” he said. After Zeta, the power was out for over five days, resulting in the loss of “almost our entire inventory.” The losses from the pandemic and the hurricane prompted the difficult decision to shut the doors of Casablanca Restaurant permanently.”

This is the second kosher restaurant in New Orleans to close because of Covid-19. Waffles on Maple announced on April 29 that its original Uptown location, which closed “temporarily” due to Covid on March 21, would remain closed permanently. The Metairie location is still open.

New Orleans has consistently been home to more kosher establishments than one would expect for a Jewish community of its size, especially one that is predominantly Reform. A hefty portion of business for kosher establishments comes from tourism and the large number of conventions usually held in New Orleans, but that has also been scaled back dramatically during the pandemic.

Remaining kosher outlets are Kosher Cajun and Waffles on Maple in Metairie, and Rimon at Tulane Hillel.

Casablanca was started by Linda Waknin, who moved from Israel to New Orleans in 1979. She opened the restaurant in 1995 using family recipes from Morocco. In 2016, she decided it was time to retire and offered to sell it to Adelman, who had a catering business. The transition took place in August 2016.

When restrictions began due to Covid, Casablanca announced on March 16 that it would close the dining room and go the takeout and delivery route, but the next day decided to shut down completely, except for offering Passover catering. They were able to reopen on June 10 at half capacity.

Adelman said customers from around the world filled the restaurant over the years. “While we will miss serving this community in the many ways we were able to, it is the customer interactions we will miss the most.”