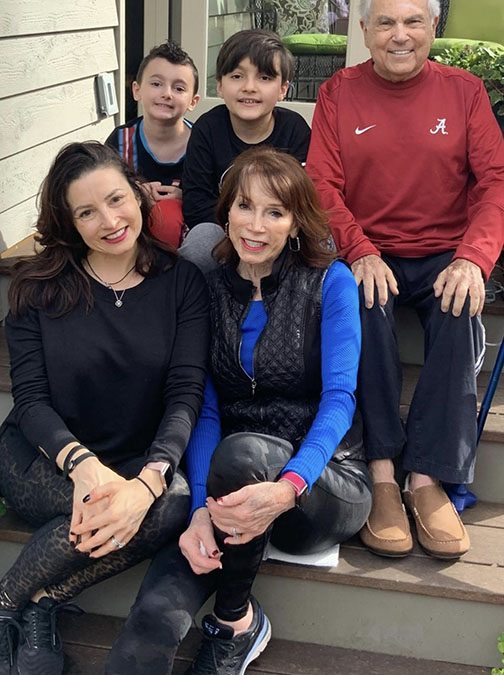 Friedman, who passed away at the age of 87, had a long and successful career in the jewelry business.

Friedman was a man of genuine warmth, humility, humor and kindness. His family was both his anchor and inspiration and he was a model father and grandfather.

Writing about her father’s passing on Facebook, his daughter Leah wrote, “He lived a happy, caring life. He had a loving wife, loving grandkids and an adoring daughter. I’ll miss his humor and his intellect.”

Former Birmingham Jewish Federation executive director Richard Friedman (no relation), who worked closely with Brenda and Fred for years in their roles as Federation volunteer leaders, said this: “Fred was one of my favorites. He was kind, generous, funny and caring — a gracious gentleman at all times, never promoting himself but only motivated by striving to help others. He was a friend and I will miss him.”

Through their family foundation, the Friedmans supported numerous projects and causes. Among their flagship endeavors have been education initiatives through the Birmingham Holocaust Education Center, the annual Jewish Food Festival at the Levite Jewish Community Center, and the teen philanthropy program that the Friedmans helped initiate through the Birmingham Jewish Foundation. And these were just a few of the things that they lent their support to.

Friedman took his community and philanthropy seriously, but never took himself too seriously. He was known for his self-deprecating wit, and was quick to find humor — and the silver lining — in almost any circumstances.

He was widely respected by all those who knew him, as someone who “walked the walk” when it came to supporting the community and standing up for the things he believed in.

He was the beloved husband of Brenda, father of Leah (Jeremy) Cohen and Jordan, and grandfather of Wyatt, Hunter and Scarlett Cohen. A graveside service will be held on Zoom on Dec. 6 at 1 p.m.