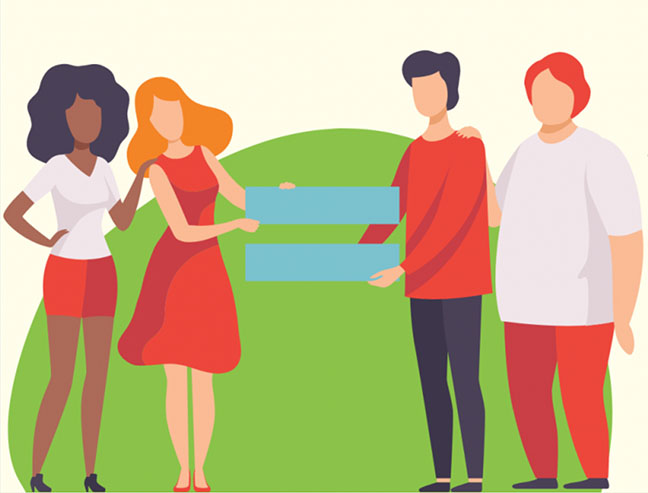 Each year, the Jewish Federation of Greater New Orleans has a middle school civil rights trip for African-American and Jewish students just before Thanksgiving, seeing the sites in Selma and Birmingham in a one-day journey.

Because of Covid, this year’s trip had to be cancelled, but the Federation’s new Center for Jewish-Multicultural Affairs is doing a virtual civil and human rights mission, open to all ages throughout the community, on Dec. 21 from 9 a.m. to 1 p.m.

Samantha Power, who was the United States ambassador to the United Nations from 2013 to 2017, will be keynote speaker, part of a lineup with several notable speakers.

The virtual tour will visit five places around the world where a group suffered from or currently experiences identity-based hate. The five half-hour sessions will focus on the Center’s four outreach areas — African-American, multi-faith, Latin-American and LGBTQ, along with a session on the Holocaust and antisemitism.

While the tour is aimed at middle and high school students, all ages are welcome to participate.

Power is a Professor of Practice at the Harvard Kennedy School and Harvard Law School. Before serving as ambassador to the U.N., she was on the National Security Council as Special Assistant to the President for Multilateral Affairs and Human Rights. Before that, she was a journalist in numerous hot spots around the world.

David Harris, CEO of the American Jewish Committee, will discuss Auschwitz, the Holocaust and the genocide of the Jewish people in the 1930s and 1940s. Harris has led AJC since 1990 and has written hundreds of articles, op-eds, letters, and reviews in leading media outlets.

Omer Kanat will have a presentation on Zinjiang, China, and the anti-Muslim hate directed at the Uyghur community. Kanat is president of the World Uyghur Congress. A native of East Turkestan, he was senior editor of Radio Free Asia’s Uyghur Service, where he covered the War in Afghanistan and Iraq, edited Uyghur-language news, conducted exclusive interviews with prominent figures in Inner Asia, including his holiness the Dalai Lama. Currently, the Uyghur minority in China is being persecuted and herded into concentration camps in an attempt to erase their identity.

The incidence of anti-LGBTQ hate will be discussed by Timothy McCarthy. A founding member of President Obama’s National LGBT Leadership Council, McCarthy is chair of Free The Slaves, which fights to end modern slavery around the world. He has taught at Harvard since 2005 and now has a joint appointment in the Graduate School of Education and the John F. Kennedy School of Government, where he is Core Faculty at the Carr Center for Human Rights Policy.

There will also be virtual visits to Selma and Birmingham, with a discussion of the legacy of Jim Crow and Bloody Sunday, and the oppression that led to the Civil Rights movement of the 1960s.

The fifth stop is the Southern border of the U.S., to discuss violence directed at Central American immigrants to the U.S.

Also speaking will be Sarah Holewinsky, the Washington director of Human Rights Watch, who leads the organization’s engagement with the United States government on global human rights issues, with a particular focus on national security and foreign policy. She was the first senior advisor on human rights in the Chairman’s Office of the Joint Chiefs of Staff, and was executive director of the Center for Civilians in Combat.

Juan Escalante, a nationally-renowned immigration advocate who has been fighting for DACA’s continuation, will also speak.

Birmingham native Rep. Elaine Luria, who was recently re-elected to Congress from the Second House district in Virginia, will also speak. She retired from the U.S. Navy after two decades, with the rank of Commander. She was one of the first women in the Navy’s nuclear power program, and serves on the House Veterans’ Affairs Subcommittee on Disability Assistance and Memorial Affairs, and is Vice Chair of the House Armed Services Subcommittee on Seapower and Projection Forces.