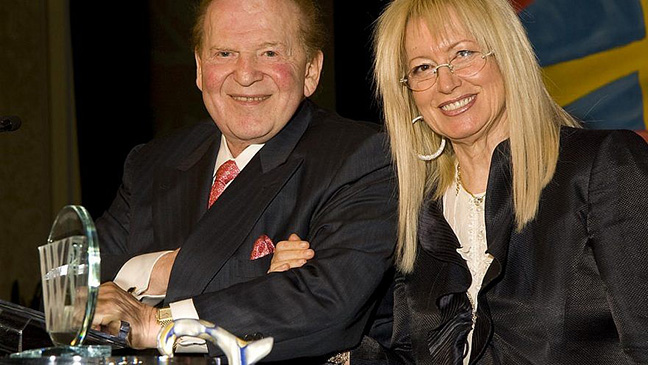 The Jewish world woke up earlier this week to the news of the passing of philanthropist and casino executive Sheldon Adelson.

Adelson, the founder, chairman and CEO of the Las Vegas Sands Corporation, owned and operated numerous casino resorts from Las Vegas to Macau to Singapore. He was the son of Jewish immigrants from Ukraine and England, and was a self-made business success, starting at age 12 by selling newspapers in Boston. During the next two decades, Adelson was involved in numerous business enterprises, including candy-vending, toiletry sales, windshield de-icing, and charter tours. Over the course of building his multi-million dollar financial empire, Adelson created almost 50 of his own businesses.

Whether one agrees or not with Adelson’s domestic politics, there is no question that he and his family were zealous advocates for and supporters of the State of Israel. Adelson’s widow, Dr. Miriam Adelson, is an Israeli citizen and certainly helped foster her husband’s love and affection for the Jewish State. Adelson’s contributions to Israeli institutions, including Yad Vashem, Birthright Israel and Friends of the IDF, were widespread.

The news of Adelson’s passing brought back fond memories of one of the most interesting professional meetings in which I have ever been involved. A decade ago, after being named the CEO of the National Basketball Retired Players Association, I initiated a project to bring former NBA stars to Israel in order to learn more about the country and to hopefully support it upon their return. I reached out to numerous Jewish organizations in an effort to receive support, and one of those solicitations was an email I sent to Adelson through the Las Vegas Sands Corporation.

I never truly expected to receive a response from a cold-call email sent to one of the most powerful men in our country. Yet one day, while sitting in my office, I was informed that Adelson’s office was calling. I immediately took the call and was told that Adelson received my inquiry, was very interested in my initiative, and wanted to meet me in person. I was then asked if I could be in Las Vegas the following week for a meeting, and my answer was quick and to the point: I will be there!

I flew out to Las Vegas (not a bad assignment, as I love visiting Las Vegas) and taxied to the beautiful Venetian Resort Hotel Casino on the Las Vegas Strip. I had received instructions from Adelson’s office and, upon entering the Venetian, set out to find an unmarked, private door just off the casino floor. I eventually saw a casino guard standing in front of just such a nondescript door and seconds later I was in a high-rise elevator leading to Adelson’s executive offices.

I met Dr. Adelson, family members, and senior Sands Corp staff and was ushered into an office to await Adelson’s arrival. Soon thereafter, a rather short, but intimidating, Sheldon Adelson shook my hand and for the next hour we discussed a multitude of topics, including my Jewish background, the NBA, and of course Israel. Adelson was truly engaging and asked if I liked airplanes. Upon my answering yes, he brought out at least half a dozen model planes (ranging in size from a 747 to much smaller) owned by his company and asked whether any of these would be suitable to take the NBA players to Israel. As you can imagine, I was rather blown away and pretty excited! The meeting ended with great cordiality and a request that I follow up with one of his senior executives as my NBA and Israel mission was further developed.

Ultimately, I was successful in bringing 14 former NBA players to Israel during the summer of 2012, though through an AIPAC-supported initiative. The players, including legendary stars like Spencer Haywood, Dr. Dick Barnett, Dale Ellis, Danny Schayes, and others, as well as current National AIPAC Chair Betsy Korn did not get a chance to take up Adelson on his generous airplane offer. But the participants on that trip received the once-in-a lifetime experience that Adelson and I envisioned at our Las Vegas meeting by visiting historical and religious sites, addressing the Knesset and meeting Israeli leaders, hosting basketball clinics with Israeli, Palestinian, and Ethiopian youth, and gaining a much better appreciation of the region’s complexities. At least one of the NBA players on the trip, Marvin Roberts, has since been a regional speaker at AIPAC events and was even a special guest, with ADL South Central Region Director Aaron Ahlquist, on an episode of our Center for Jewish-Multicultural Affairs’ “Shalom: A Cross-Cultural Conversation” radio show on WBOK 1230-AM in June. He and I often reminisce about that special journey.

I have been fortunate to have met with many dignitaries and interesting individuals during my sports and political career. But my meeting with Sheldon Adelson is certainly near the top of that list and one of the most fascinating. Adelson’s passing is a significant loss to the global Jewish world and to Israel. Hopefully, his wife and family will continue to support his philanthropic efforts around the world.

May Mr. Adelson’s Memory be for a Blessing.