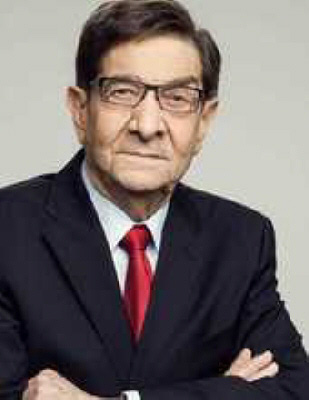 A famed trial lawyer with a flair for the dramatic and a no-backing-down attitude when it came to his Jewish identity, Fred Levin made an unexpected departure on Jan. 12, succumbing to Covid-19 five days after showing symptoms “despite receiving the most advanced and best treatment available in the United States.”

Levin, who was 83, had previously survived stage 4 lung and brain cancer.

While Levin was known for numerous high-profile cases and transforming trial law, he is best known for taking on Big Tobacco, opening the floodgates for billions of dollars in judgments against the tobacco companies.

After a few weeks of law classes, he was summoned home as his brother, Martin, was dying of leukemia. The law school dean told him that having seen his academic record, Levin might as well not return after the funeral.

At first, Levin and classmate George Starke, the first African American student to enter a public institution in the state of Florida, were the class outcasts, but the law sparked something in Levin and he quickly rose to the top of the class, then made a highly visible move of asking Starke to be his study partner.

Levin said that on the first day of class, “they had all of us on one side of the auditorium and George was all by himself, except for all the Secret Service people. Up to that point, I had not thought much about racial issues. I looked over and my heart went out to him. Here were 350 white law students and this one black guy. He was dressed in a suit, and the rest of us were dressed like bums.”

In the library, “I would look across at George because he always had to sit at a table by himself and everybody would shuffle their feet. It just tore me up. I wanted to go over and sit with him, but I didn’t have the guts” until he asked Starke to be his partner one day. They remained study partners for two years.

Levin graduated third in his class, then in 1961 began practicing with Levin & Askew in Pensacola, which was founded by his brother, David, and Reubin Askew, who became a two-term governor of Florida and candidate for president. David Levin had founded the firm after being unable to find a position with established law firms that would not hire Jews.

Since established firms had corporate accounts, Jewish firms handled less lucrative and less glamorous cases, such as family law and personal injury cases, which were nowhere near what they are today. Fred Levin started by practicing family law, until a client mentioned that her husband had threatened to kill whoever her divorce lawyer was.

Despite a fear of public speaking, he switched to civil law, where he quickly made his mark. Over his career, he had over 30 jury verdicts of over $1 million, six over $10 million. He was listed in every edition of Best Lawyers in America; was a member of the Inner Circle of Advocates; and was inducted into The Trial Lawyers Hall of Fame.

Growing up Jewish in Pensacola and often being on the outside led him to advocate for those who would otherwise not have a voice.

An expert marketer who believed that all publicity was good for his firm, he started a cable access channel, BLAB-TV, where future NFL Hall of Fame player Emmitt Smith was a cameraman while in high school, and MSNBC’s Joe Scarborough got his pre-politics start.

Levin’s first major case came from a woman who said her son died from aplastic anemia caused by the drug Chloromycetin. Researching the drug, he found that a significant proportion of those who took the drug had that side effect — or developed leukemia, like his brother, who had taken that drug. After Levin’s victory, the formerly widespread drug’s use was cut back to specific uses that are tightly monitored.

In 1980, he brought a suit against L&N railroad after a 1977 derailment in Pensacola led to an anhydrous ammonia leak that killed a couple and disabled their young children. After he demonstrated a pattern of negligence by the railroad, the jury awarded $18 million, the highest personal injury compensatory award in America at the time.

As his fame grew, he sought to purchase a home by the entrance to Pensacola Country Club, leading to a visit by some of his would-be neighbors, who tried to convince him it would not be fair to his kids to look over the fence at other kids swimming and playing tennis at a place where they could not be members because they were Jewish. Not taking the bait, Levin suggested that he planned to turn the property into a Jewish social club, after which a group of neighbors bought the home instead.

His biggest case was against the tobacco companies. Rather than suing on behalf of one client, whose illness may or may not have been tobacco-related, and determining which company would be liable, Levin thought the state could sue for Medicaid costs for treating tobacco-related illnesses. This way, the case would be based on smokers’ illnesses in the aggregate, with responsibility based on market share.

A change in Florida law was needed to pursue this avenue, but the tobacco lawyers would never let something like that happen. Levin wrote the Medicaid Third-Party Recovery Act, then had a friend in the Senate introduce and pass it in the last moments of the final day of the session.

Professor Richard Daynard of Northeastern University said, “If [the bill] gets signed, it will be the single biggest blow against the tobacco industry and for the public health that’s ever been done in the United States.”

Blindsided, the industry tried to get it vetoed, then tried to get a special session called to rescind it, and then tried to have the courts overturn it. The U.S. Supreme Court upheld the law, after which the tobacco companies settled for $13 billion, a record settlement.

After becoming even more famous for the tobacco settlement, Levin appeared with John Stossel on ABC’s “20/20,” during which he lit up a cigarette, knowing that action would bring even more publicity.

Mark Proctor, president and shareholder at what is now the Levin Papantonio Rafferty law firm, told the Pensacola News Journal that the settlement funds went to efforts to prevent teen smoking and getting smokers to quit. “They credit that piece of legislation with saving tons of American lives every year. And I think Fred would consider that to be the pinnacle of his legal career.”

Levin also was involved in a suit against a member of the Ogden family in Louisiana, where a man was killed and his wife permanently disabled after Roger Ogden II apparently fell asleep while driving and crossed the median on Interstate 10. As Ogden was on state business, the state was found liable.

In another case, he secured what was at the time the largest judgment for a Black plaintiff in a liability case.

In 1961, Levin nominated Nathaniel Dedmond to be the first African American member of the Escambia-Santa Rosa Counties Bar Association. The association was so offended by the nomination that they had several of the wives call Levin’s wife, Marilyn, asking her how she would like to be sitting next to Dedmond’s wife at a bar meeting. They hoped for a horrified reaction, but Marilyn replied “Oh, yes, that would be great.” Levin commented that he had never been more proud of her.

Shortly after the tobacco case, a representative from the University of Florida sought Levin’s assistance in soliciting another person for a $6 million gift, which would include naming a building for the donor. After the representative quipped that for $10 million, they’d name the Law School after the donor, Levin decided he wanted to do that, with some of his funds he earned from the tobacco case. The second largest cash gift to a public law school at that point, it was unusual in that the gift was unrestricted.

In 1999, the University of Florida Fredric G. Levin College of Law was dedicated, to a firestorm of controversy. Levin wanted to acknowledge the influence the university had on so many of his family members, but he also acknowledged that it was an in-your-face move to so many of his political and professional enemies, including the Florida Bar Association, which had tried three times to get his law license revoked.

“The fuddy-duddies at the Bar had perpetually irritated me with their pettiness,” Levin said. “Big Tobacco provided the money. I was glad to give it to a school that had played such a big part in shaping my life.”

In 1989, Levin branched out into managing the boxing career of Roy Jones Jr., who won a silver medal in the 1988 Olympics. Battling established promoters like Don King, Levin got a championship fight for Jones, which he won, leading to a lucrative contract with HBO. In 1995, Levin received the 1995 Al Buck Award from the Boxing Writers Association of America as boxing manager of the year; and received the Rocky Marciano Foundation President’s Award in 2001.

He also managed Ike Quartey, a native of Ghana who became welterweight champion. For his efforts, Ghana awarded him the title of High Chief in a 1999 ceremony at the United Nations. At the ceremony, U.S. Rep. William Jefferson presented Levin with a tribute from the Congressional Black Caucus.

With several fellow attorneys, he convinced famed lawyer Johnnie Cochran to lend his name to the formation of a national law firm, the Cochran Firm.

In 2014, a biography of Levin was published, with the title coming from his reason for not retiring — “And Give Up Showbiz?” The subtitle of five-time New York Times bestselling author Josh Young’s book was “How Fred Levin Beat Big Tobacco, Avoided Two Murder Prosecutions, Became a Chief of Ghana, Earned Boxing Manager of the Year and Transformed American Law.”

In 2016, Levin was diagnosed with lung cancer and had a tumor removed from his brain, but the cancer had been in remission since then.

When he tested positive for Covid, he was asymptomatic for 10 days, but died five days after the onset of symptoms — on the day that he was originally scheduled to receive his first dose of the Covid vaccine.

In 2017, in appreciation for Dr. Raphael Bueno’s efforts in saving his life after the lung cancer diagnosis, Levin gave $2 million to the Brigham & Women’s Hospital to establish the Fredric G. Levin Distinguished Chair in Thoracic Surgery and Lung Cancer Research. He also gave $2 million to Dana-Farber Cancer Institute to establish the Fredric G. Levin Endowment in Translational Cancer Research.

A private service was held on Jan. 14.

After a lifetime of holding companies accountable for their actions, Levin’s final message was “Please everyone, just wear a mask! It’s not too much to ask. It makes the difference of saving a life or taking a life.”