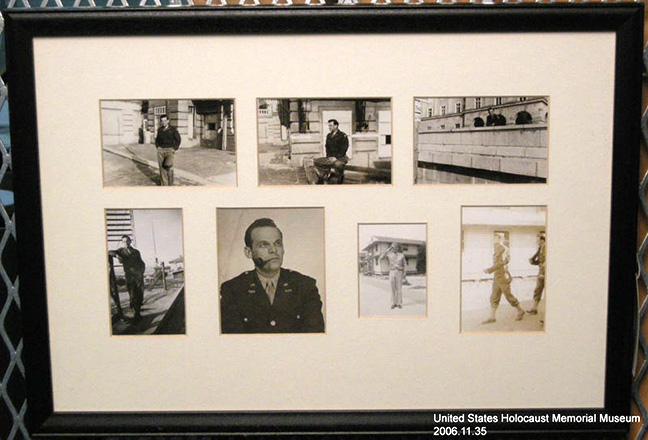 Ronne and Donald Hess of Birmingham, and Mara and Joshua Force of New Orleans have personal reasons for co-chairing the upcoming U.S. Holocaust Memorial Museum “What You Do Matters” Southeast Virtual Event.

Hundreds of supporters of the museum from across the Southeast region plan to join virtually for the 7 p.m. event on Feb. 11. The event will help the museum’s effort to preserve the memory of the Holocaust and bring its lessons to future generations

“Participants will see firsthand how the museum has adjusted to these extraordinary times by bringing Holocaust education and awareness to audiences virtually, and how the critical lessons of the Holocaust — lessons about the fragility of freedom, the nature of hate and the consequences of indifference — remain vital,” says Robert Tanen, the Museum’s Southeast regional director.

“Our country has been tested during the last few years, and we have failed to meet the challenge of putting down hatred and intolerance,” said the Hesses. “We have failed to look out for one another; instead, we have turned away and allowed countless folks to suffer. Antisemitism did not begin with Nazi Germany and it continues to exist today. We need to focus and ‘to see,’ and that’s why we are chairing the Museum’s ‘What You Do Matters’ virtual event this year, and that’s why we hope people will participate.”

“Chairing the U.S. Holocaust Memorial Museum’s ‘What You Do Matters’ event is important to us because it is clear that antisemitism did not end with the Holocaust,” said the Forces. “This type of hate went underground, but now seems to be crawling back into mainstream spaces, making it our responsibility to work tirelessly to ensure that ‘Never Again’ is always the reality.”

Mara’s grandparents, Misha and Vera Meilup (z”l), met after World War II when Vera was searching for her brother after liberation.

Vera Meilup, of Kovno, Lithuania, was a young adult when her whole family was moved into the Kovno ghetto. Her father Hirsch died in the first roundup of Jewish men and her husband Max and daughter Ruth died in the liquidation of the ghetto. Vera survived the ghetto with her mother Luba and was deported to Stutthoff while her brother was taken to Dachau. She, her mother, and her brother survived and were reunited after the war.

Misha Meilup of Vilna, Lithuania, lost his entire family during the Holocaust — his parents, sister, wife, and child. After spending time in the Lithuanian ghettos, he ended up in Dachau, where he was liberated by the Americans in April 1945. Shortly after meeting, Misha and Vera were married, and Mara’s mother was born in a displaced persons camp outside of Munich. In 1949, the family came to the U.S. and settled in the Washington area.

“Growing up as the daughter of survivors, my mother was very sensitive to the plight of others and discrimination,” says Mara Force. “For my grandparents, they were not as connected to religion, but they made sure to surround themselves with a strong survivor community.”

Mara’s grandparents visited the museum the first week it opened in early 1993 and later donated a Nazi SS jacket Misha had taken after liberation. At home, they kept a spoon Misha used in Dachau, and now use it as part of family celebrations.

Mara has been involved with the museum throughout her adult life, raising money for the museum and recently co-chairing a cooking program where New Orleans chef Alon Shaya worked to recreate dishes from a Holocaust family recipe book. In 2012, Mara and her mother also went on a museum trip to Lithuania to learn more about their family history.

“The trip to Lithuania was life changing and soul defining,” said Mara Force. “It was tragic yet absolutely necessary and amazing because of the access and information we received from the museum. It was really special to see and experience the places of my grandmother’s youth.”

In New Orleans, Mara is a professor of finance at Tulane University. She is also the Jewish Federation of New Orleans campaign co-chair, has a mayoral appointment to the city of New Orleans revenue estimating committee, and serves on the boards of the Jewish Endowment Foundation of Louisiana, Touro Hospital and the Jewish Community Center.

Ronne Hess’s father, George Mitnick, was a World War II veteran and a liberator of the Ohrdruf concentration camp. Ronne donated her father’s collection to the museum after his death in 2005 and it was displayed during the museum’s 25th anniversary commemoration during the Days of Remembrance in April 2018.

“My father was never able to talk about his experiences as a liberator,” said Ronne Hess. “He wrote a letter home to his family, sisters, brothers, parents and my mother outlining the horror he witnessed, but he never spoke about it with his children.”

The Hesses have been supporting the museum since 1992 — more than a year before its opening. They attended the opening ceremony of the museum in 1993 and witnessed the line of Holocaust survivors and the line of American liberators marching into the Eisenhower plaza.

“We heard Elie Wiesel and President Bill Clinton give an emotional charge to the audience gathered there,” said Ronne Hess. “When I returned home, I wanted to tell my father everything about it and show him pictures and speeches and memorabilia. He could not listen, he could not hear. He would not allow himself to go back to that place in his memory.”

This past summer, they named an artifact cabinet in the museum’s David and Fela Shapell Collections, Conservation, and Research Center in memory of Mitnick.

The Hesses are very involved philanthropically in the Birmingham community, supporting dozens of organizations and serving on many boards.

Advance registration for this event is required here. Sponsorship opportunities are available.