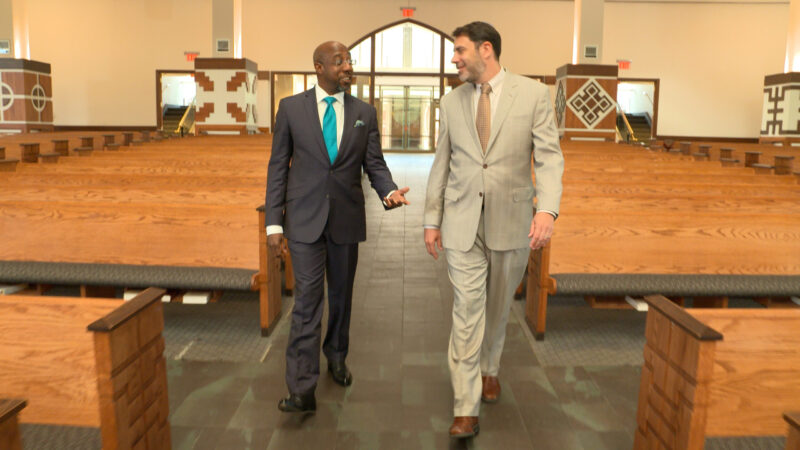 For 20 years, the Mobile Jewish Film Festival has been drawing crowds in several venues throughout South Alabama. While Covid is forcing this year’s festival to retool as a virtual event, company is still coming over.

The Pensacola Jewish Federation and the Jewish Federation of Huntsville and North Alabama are partnering with the Mobile festival, bringing the offerings to a wider audience and sponsoring ancillary events. For those who purchase a ticket to those films or a festival pass, the pre-recorded or live discussions will be automatically included with the films.

There will be seven featured films this year, with each film available for a three-day window of viewing on the Elevent platform, starting on March 5. Tickets are already available through the Mobile Area Jewish Federation’s website, and are $9 for individuals and $15 for a household. A season pass for all seven films is $60, and sponsorships start at $100 including one film, and $1,000 and up for packages including all seven films.

The festival kicks off on March 5 with “The Keeper,” the true story of Bert Trautmann (David Kross, “The Reader”), a German soldier and prisoner of war who, against a backdrop of British post-war protest and prejudice, secures the position of goalkeeper at Manchester City, and in doing so becomes a footballing icon. His signing causes outrage to thousands of fans, many of them Jewish — but he receives support from Rabbi Alexander Altmann, who fled the Nazis. But fate will soon twist the knife for Trautmann and his English girlfriend, when their love and loyalty to each other is put to the ultimate test.

“Crescendo” will start on March 8, detailing the seemingly-impossible effort by famed conductor Eduard Sporck (Peter Simonischek, Toni Erdmann) to create an Israeli-Palestinian youth orchestra. Lined up behind the two best violinists — the emancipated Palestinian Layla and the handsome Israeli Ron — they form two parties who deeply mistrust each other, on and off-stage alike.

The Pensacola Federation will present a discussion for the film “Crescendo,” featuring Victoria Adamenko, doctorate of musicology, and Leonid Yanovskiy, professor and director of strings and orchestra at the University of West Florida.

On March 11, “The Picture of His Life,” shows the journey that has led the famed underwater photographer Amos Nachoum to his last shot at capturing a polar bear on film using his usual approach of being face to face with his subjects, without protection. As he embarks on the project, he recalls his long and painful journey, serving in an Elite Commando unit and witnessing the horrors of war, but where others find fear, Nachoum finds redemption.

“Aulcie,” starting on March 17, tells the inspiring story of Aulcie Perry, a basketball legend who led Maccabi Tel Aviv to an upset win in the European Championship. During the summer of 1976, Aulcie Perry was spotted by a scout for Maccabi Tel Aviv while playing at the Rucker courts in Harlem and was quickly signed to play for their fledgling team. The Israeli players immediately responded to Aulcie’s leadership and that year they had what one Sports Illustrated writer described as “the most extraordinary season in its remarkable history” and what Perry later called “the best nine months of my life.” Perry then converted to Judaism and became an Israeli citizen. This inspiring film tells the story of this remarkable athlete who captured the spirit of a nation, triumphant and victorious against all odds, and put Israel on the map.

Huntsville’s Federation will present a question and answer session with Dani Menkin, director of “Aulcie.” At press time it was undetermined whether it would be a live Zoom or pre-recorded, but either way, it will be included with the ticket purchase.

Set in Israel, “Here We Are” is Nir Bergman’s warm and moving tale of parental devotion focuses on divorced dad Aharon (Shai Avivi), who has given up his artistic career to look after his autistic son Uri (Noam Imber). They live a quiet life, and as the boy reaches young adulthood, his mother decides that he needs to be placed in a boarding facility more equipped to cater to his needs. Resistant at first, Aharon runs away on a road trip with Uri. The fim, available on March 20, won multiple Ophir Awards, including Best Director.

On March 23, the final film will be “Shared Legacies,” a call to action that recalls the Black-Jewish cooperation of the 1960s, when Jewish leaders backed the efforts of Martin Luther King Jr. In recent years, the relationship has faded and frayed. Pivotal events come alive through a treasure trove of archival materials, narrated by eyewitnesses, activists, Holocaust survivors, and leaders of the movement, including prominent Atlantans such as Congressman John Lewis, Ambassador Andrew Young, Rabbi Alvin Sugarman, Rabbi Peter S. Berg, Oscar-winning actor Louis Gossett Jr., members of the King family and many others.

“Shared Legacies” is this year’s Reita Franco Memorial Film, and the Mobile Federation will host a discussion with Director Shari Rogers, her reflections on the film and her efforts to bring about social change.

The Huntsville Federation is offering limited-seating socially distanced in-person screenings at Cineplanet in Madison. “Picture of His Life” will be on March 13 at 4:45 p.m., and “Aulcie” will be on March 18 at 7 p.m. Additional screenings can be added if there is demand, and outdoor screenings for small groups can also be arranged. Reservation information is here.

(Updated Feb. 12 with information on speakers and panels, and on March 4 with Huntsville in-person options)