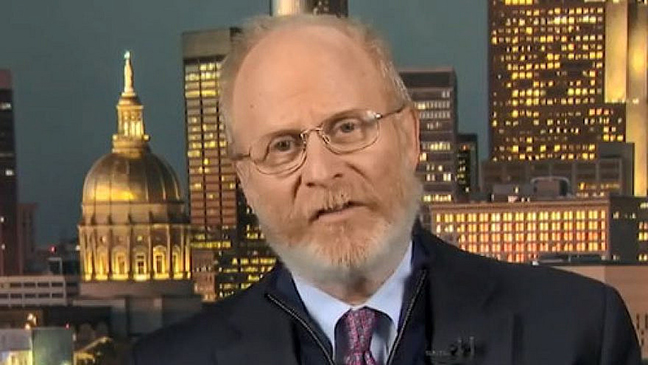 As the second impeachment trial of former President Donald Trump gets underway on Feb. 9, one of his two attorneys will be a Jewish lawyer with ties to Alabama.

David Schoen, who has offices in Montgomery, Atlanta and New York, will represent the former president. He will split duties with Philadelphia lawyer Bruce Castor Jr., with Schoen arguing that the trial itself is unconstitutional because Trump is no longer in office and is a private citizen.

Schoen is a member of Beth Jacob and Ohr HaTorah, Orthodox congregations in Atlanta. He made news for requesting that the impeachment trial be recessed Friday afternoon and resume Sunday afternoon because of Shabbat, a request that was granted, but on Feb. 8 withdrew his request because of “adjustments” on the defense team. “I will not participate during the Sabbath; but the role I would have played will be fully covered to the satisfaction of the defense team.”

After graduating from Boston College Law School in 1984, Schoen accepted a job at a large firm in Washington, but asked for a deferment so he could go South and pursue civil rights litigation. He was law clerk for a year for Truman Hobbs, Chief Judge of the U.S. District Court for the Middle District of Alabama, and was mentored by Frank Johnson.

While clerking, he decided to become a trial lawyer, and asked the Washington firm to release him from his commitment. He opened his law office in Montgomery and started taking cases in state and federal courts, practicing in numerous states.

According to his biography, he “combined criminal defense work with civil rights work” and often took appeals cases, “getting convictions reversed, often based on creative, novel legal theories not previously recognized.” Those demonstrated to him that there were systemic problems in the criminal justice system, and he has specialized in cases involving police misconduct.

In 1995, he received the American Bar Association’s national pro bono public award, saying he had accomplished “more through his litigation than any lawyer of this era to positively change the face of public institutions in the South. Those institutions include public schools, foster care, prisons, jails, indigent defense systems, voting rights, fair housing, and more.”

Schoen represented the family of Phillip Anderson, a former Army reservist who was in a Tuscaloosa prison in 2015 on a contempt of court charge for a child support case. While in the prison, Anderson fell ill, but prison officials felt he was faking it. After three days, he died of a perforated ulcer. In 2018, the federal government admitted liability.

Schoen said that Anderson’s death “was the direct product of a system that treats an African-American citizen of modest means as something less than human.”

He was also lead plaintiff’s attorney on a 2016 case where an Illinois law barring “new” political parties from ballot access unless they had a full slate of candidates for every position on the ballot was overturned as unconstitutional.

He also argued a case before the Alabama Court of Criminal Appeals that led to the striking down of a part of Alabama’s Community Notification Act that discriminated against the indigent and homeless.

A national board member of the Zionist Organization of America, Schoen has extensive experience in representing Israelis, and helped Israeli lawyers maneuver American law. He was lead counsel representing victims in two major Anti-Terrorism Act cases against the PLO and the Palestinian Authority, has arranged for the transfer of Israelis convicted of crimes in the U.S. back to Israel, and represented the alleged leaders of the “so-called Israeli Mafia in New York.”

He was also of counsel of record for ZOA in an amicus brief to the U.S. Supreme Court supporting an American citizen who wanted to have his birthplace listed as “Jerusalem, Israel,” when the State Department refused to identify Jerusalem as part of Israel.

He has also medaled twice as an athlete in the World Maccabiah Games as a member of the U.S. tennis team.