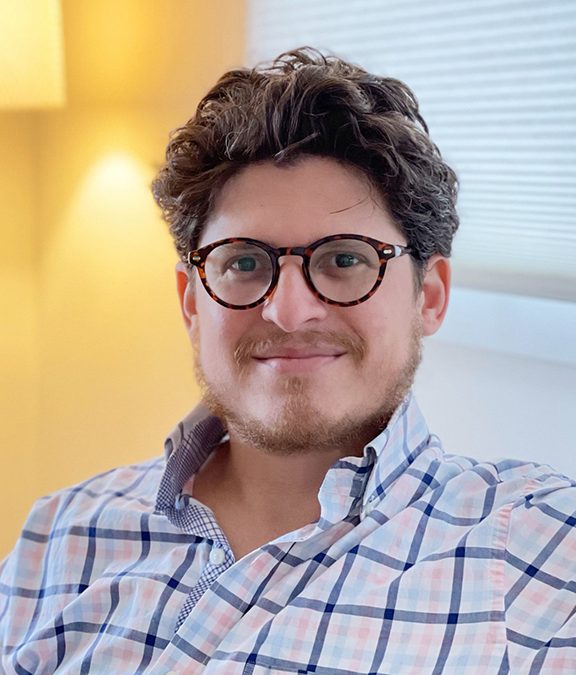 Aaron Bloch has been named the new executive director of the Goldring Family Foundation Center for Jewish-Multicultural Affairs, one of two new Centers of Excellence at the Jewish Federation of Greater New Orleans.

Bloch will succeed Mithun Kamath, who departed for a senior position in the New Orleans District Attorney’s administration.

“I appreciate the Jewish Federation’s confidence in me, and I am honored to have the opportunity to lead the Goldring Family Foundation Center for Jewish-Multicultural Affairs to further its mission of building lasting community partnerships between Jewish and non-Jewish communities,” said Bloch.

Officially launched in October 2020, the center was made possible by a gift from the Goldring Family Foundation, which funded it as a three-year pilot program. The center currently focuses on four primary outreach areas: Jewish/African-American relations; LGBTQ outreach, through the existing Jewish Pride New Orleans (JP NOLA) program; Jewish/Latin-American relations; and Multi-Faith relations.

Since its inception in the fall, the CJMA has partnered with Loyola University and New Orleans East Hospital on critical outreach initiatives, and the center also hosted a landmark virtual civil and human rights mission in December that welcomed former United Nations Ambassador Samantha Power. The CJMA is co-chaired by Bradley Bain and Ina Davis.

“As executive director, I will strive to connect the unique visions of individuals and organizations in our wider New Orleans community. Together, we are stronger, and it is in this spirit that I begin my work,” Bloch said.

A New York native, Bloch has been in New Orleans since 2015. He practiced law in New York for seven years before moving to New Orleans to accept a position with the Orleans Parish School Board as an Education Pioneers Fellow.

During his time at OPSB he focused on school accountability, the unification of schools under Act 91, and the formation of a new school at the New Orleans juvenile detention center now known as the Travis Hill School.

In 2017, he left OPSB to work on a New Orleans City Council campaign and has since worked on dozens of local campaigns and ballot initiatives as a strategist, manager, digital communications specialist, and field director.

Bloch first came to the Federation in 2017 as a board member of JNOLA, and most recently served as a co-chair of the board from 2019-2021. He is a member of the New Orleans Coalition and previously served as a member of the Friends of Travis Hill Advisory Board, formed to support New Orleans’ system-involved youth with mentorship and support as they leave New Orleans adult jail and juvenile detention facility and return to the community. He recently passed the Louisiana Bar Exam and is awaiting admission to practice in Louisiana.

“We are excited for Aaron to join the Jewish Federation  team as Executive Director of the Center,” said Bain and Davis. “Aaron brings his extensive, professional experience building coalitions and advancing regional education to hone the Center’s core missions of outreach and fostering community. Moreover, in his relatively short time in New Orleans, Aaron has already left his mark on the Jewish community, taking on leadership roles including co-chair of JNOLA, the Federation’s “next generation” program focused on networking, community service, and social engagement through a uniquely Jewish lens. The Center looks forward to great advances under Aaron.”