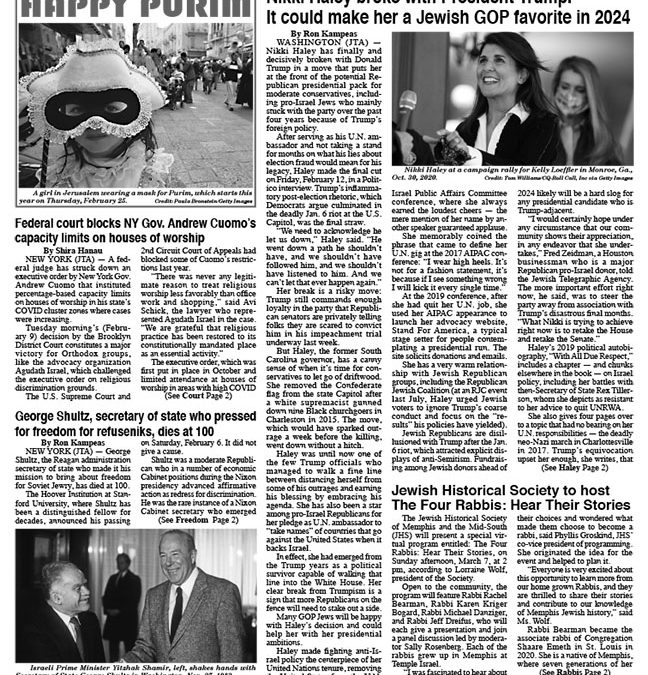 While most of the news about Jewish periodicals in the past year has been about which ones are ending their print editions or shutting down altogether, in Memphis there is a completely different story.

After 96 years in the Goldberger family, the Hebrew Watchman has been sold, to Susan Nieman, owner of Jewish Scene magazine.

Then called the Memphis Watchman, the weekly paper was founded in 1925 by Leo Goldberger. His son, Herman Goldberger, worked alongside him for many years, taking over as editor and publisher 50 years ago, putting out a weekly paper with his wife, Bobbie. In The Feb. 11 edition, Goldberger said “after a lifetime of publishing, we have decided to retire. It is a bittersweet but happy time for us.”

Jewish Living of the South Inc., which publishes Jewish Scene every other month, purchased the Hebrew Watchman on Jan. 29. “I am grateful that the Goldbergers have put their trust in me to carry on their legacy,” Nieman said.

Nieman founded her magazine in 2006 as Jewish Living of the South, then changed the name to Jewish Scene in October 2007. At first, the magazine covered Memphis, Mississippi and Arkansas, then ventured into Nashville for a brief time, finally pulling back to focus solely on Memphis.

Rep. Steve Cohen paid tribute to the Goldbergers in a Feb. 18 speech that was entered into the Congressional Record. He said the Hebrew Watchman “has chronicled Memphis Jewish life with grace and devotion for generations.”

Goldberger said he is looking forward to seeing the “new ideas” Nieman will bring to the paper. On Feb. 17, for example, a Facebook page was established for the publication, which previously had no online presence.