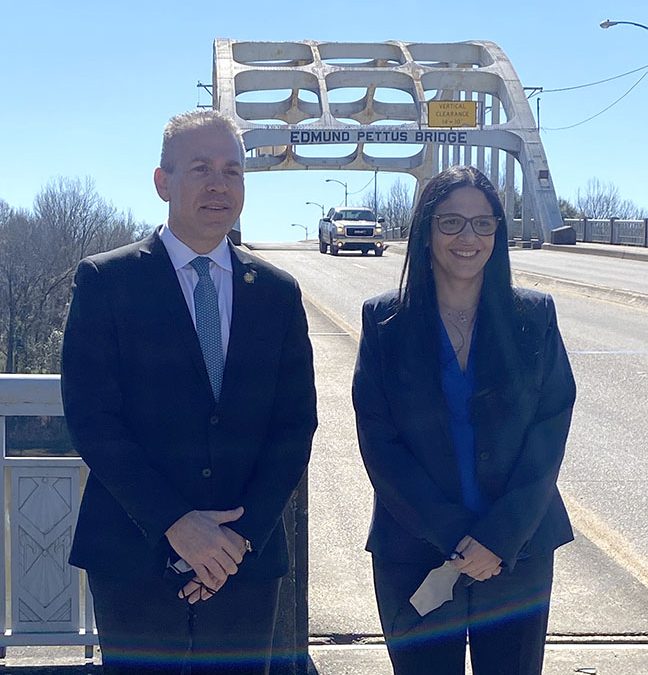 Five years after Alabama and Mississippi were shifted from Israel’s consulate in Atlanta and assigned to Miami, the swap has been reversed.

No one is happier than Israel’s Atlanta-based Consul General Anat Sultan-Dadon. “This is a wonderful development and I am very excited about this,” she said, adding that she looks forward to deepening ties with Mississippi and Alabama, in the Jewish, evangelical Christian and African-American communities.

In 2016, consolidation at Israel’s Minister of Foreign Affairs threatened to shut down the Atlanta consulate, but Philadelphia’s consulate was the one that closed. A couple months later, the relief in the South turned to surprise as a realignment took Alabama and Mississippi from under the Atlanta consulate’s umbrella, shifting those states to the Miami consulate. In exchange, Atlanta received Kentucky, West Virginia and Missouri.

The shift was seen as puzzling, both for the physical distance and that many other Jewish and Israel-oriented organizations serve Alabama and Mississippi out of Atlanta, including Israel Bonds, the Jewish National Fund and Conexx, the U.S.-Israel business connector.

Lior Haiat, who became consul general in Miami shortly before the 2016 shift, was pleased with the new assignment, saying that with Alabama, Mississippi and Florida, “we got the three best states” in terms of support for Israel.

Though the distance was far greater, Haiat made numerous trips to the area, especially working with former Mississippi Governor Phil Bryant, who made four trade missions to Israel in five years.

In July 2019, Haiat’s time in Miami was cut short after he was named the new spokesman for the foreign ministry in Jerusalem. Since then, the Miami consulate has had a succession of interim consuls general.

Sultan-Dadon made a visit to Alabama on Feb. 22 and 23, just before the realignment was announced. Israel’s recently-named ambassador to the United States, Gilad Erdan, visited civil rights sites in South Carolina and Alabama as his first official travel in the U.S. as ambassador. While in Montgomery, Erdan and Sultan-Dadon met with Governor Kay Ivey.

While both Alabama and Mississippi have shown strong support for Israel, from investing in Israel Bonds to barring state contracts with those engaged in a boycott of Israel, Sultan-Dadon hopes to further expand governmental and economic relations to not only benefit Israel, but also the people of the two states — especially in areas where Israel’s cutting-edge technology and innovation can be of relevance, such as agriculture, water, energy and medicine.

“We greatly appreciate and value the close relations and friendship that Israel enjoys,” she said, “and are looking forward to exploring together avenues for further cooperation.”

Richard Friedman, retired Birmingham Jewish Federation executive director, sees the return of the Consulate to Alabama as highly significant.  “For much of my 37 years with the BJF, the Atlanta-based Consulate covered Alabama.  It has been my privilege to work with some outstanding Consuls General, and having the Consulate so close by has been a tremendous asset to Alabama’s Jewish communities.”

Added Friedman, “I have recently gotten to know the current Consul General, Anat Sultan-Dadon, and she is among the most outstanding Consul Generals I have known.  She is energetic, articulate and passionate.  She has an exciting vision, a great team and will no doubt connect with and impress a wide-range of Alabamians.”

The Atlanta consulate now serves Georgia, Tennessee, Kentucky, Alabama, Mississippi and the Carolinas. Arkansas and Louisiana are served through the Southwest consulate in Houston, while Miami’s consulate serves Florida, Puerto Rico — and Kansas and Missouri.