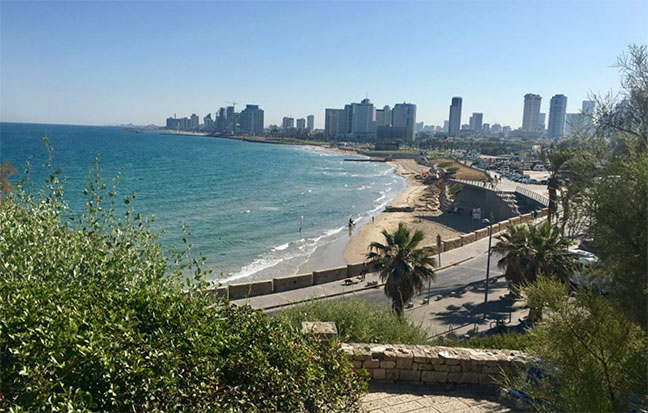 The Atlanta Israel Coalition, in partnership with the Consulate General of Israel to the Southeastern U.S., the Jewish Federation of Greater Atlanta, Herut and the Evans Family Foundation, presents Re-Discovering the Land of Israel, a series of five virtual tours of Israel, with tour guide David Sussman.

A Boston native, Sussman visited Israel in 2001 and never left. He served as a Lone Soldier in the Israel Defense Forces, a soldier who has no family or other support system in Israel. After a near-death experience while serving in a combat unit in the Second Lebanon War, he realized the importance of educating people about Israel, and in 2009 became a licensed tour guide.

The tours are on Sundays at 9 a.m. Central. On March 21, “The Biblical Heartland of Gush Etzion” will include the Path of the Patriarchs, an ancient mikvah, biblical agriculture, Roman roads, and stunning landscapes.

On April 25, “The Holy City of Hebron” includes the tombs of the Patriarchs and Matriarchs, the ancient stairs and city gates where Abraham purchased the cave to bury Sarah, and First and Second Temple period ruins.

“The Artist Colony of Tzfat” will be on May 23, going through the winding alleys of the mystical city of Kabbalah. There will be visits to important synagogues, with local artists and with a leading rabbi who will talk about ancient and modern Jewish mysticism.

On June 6 there will be an exploration of “The Old and New in Tel Aviv/Jaffa,” in Israel’s financial capital, a city that never sleeps. The session explores the area’s roots, beaches and diversity, and is where Israel’s independence was declared.

The final session, on June 27, goes to the Golan Heights, one of Israel’s most scenic areas, with extinct volcanoes, Israel’s largest mountain and lots of Jewish history. Major Ya’akov Selevan will discuss the political climate of the Golan.