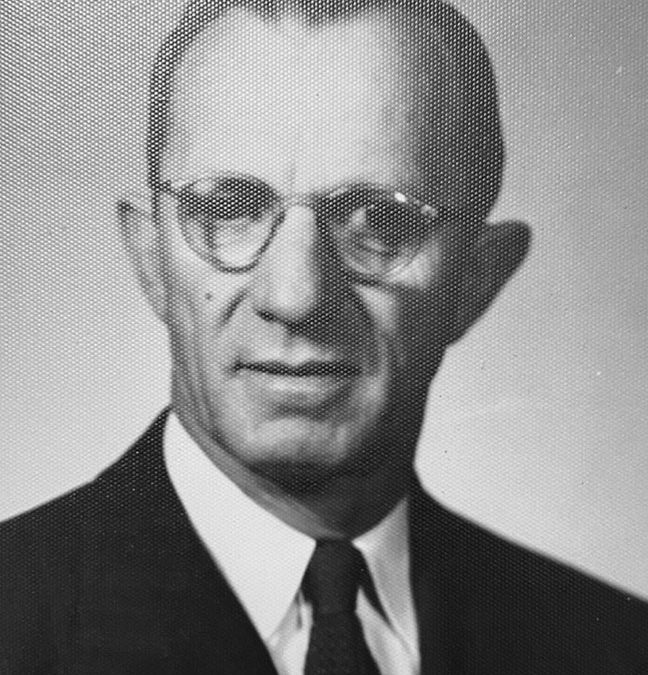 He was a pioneer, a bit of a legend, a go-to guy, an honorable businessman and someone who understood the importance of Jews stepping forward to play leadership roles in small Mississippi towns.

His name was William (“Willie”) Sklar, and though decades have passed since he made his mark, he is remembered not only by his family but by historians as a unique and impressive figure in the annals of Mississippi Jewish history.

Willie lived in Louise, a tiny dot on the map in the Mississippi Delta which in his day had about 500 residents, and now has fewer than 200.  He served his town in many roles over the years.

He was involved in numerous organizations dealing with farming, county government and community affairs.

Willie served as an alderman and then for 24 years as mayor of Louise. In addition, he served as a member of the Advisory Committee of Planters Bank and Trust in Louise.

Pretty much everybody knew him.

“Folks in Louise and the adjacent area would often come to my grandfather for advice and guidance,” says his grandson, Brad Sklar, an attorney and civic leader in Birmingham.

Willie, who died in 1974, was a force in Louise for more than 50 years. He owned a farm, a dry goods store and a furniture store.

Jerry Sklar, Willie’s son and Brad’s dad, who also lives in Birmingham, remembers, “My father was a ‘principled kind of guy.’  Dad had high principles. He was a man of few words, but when he spoke my sister and I listened, and so did a lot of the town’s people.”

What is especially significant about the Willie Sklar story is what he represented:  A Jewish immigrant whose family migrated to rural Mississippi in the early 1900s from Eishishok, Lithuania, and built a life there that Jerry remembers with fondness to this day.

The Sklars, like many Jewish families in small towns throughout the Deep South, integrated into the larger civic culture, where they were fully accepted, in addition to maintaining their Jewish distinctiveness.

These Jewish pioneers were respected for their commitment to their faith and traditions and admired for their willingness to give of their time, talents and resources to benefit the overall communities in which they lived.

Willie’s wife Esther was a significant presence in Louise as well. Having grown up in nearby Yazoo City as a member of a well-respected Jewish family, she was ingrained in Louise socially and well-known throughout the area.

“My mother was a real active ‘town lady.’ She had a number of very close friends in Louise and chatted with them on a daily basis,” Jerry recalls. She also maintained a loving home for Willie; Jerry, whose wife is Jean Marcus Sklar from Vicksburg; and Jerry’s twin sister, Jean Harris, who now lives in Marion, Ala., with husband Gene.

The Goldring/Woldenberg Institute of Southern Jewish Life, based in Jackson, sees Willie as a seminal figure in the state’s Jewish history.  He is featured prominently on the Institute’s website and his story is highlighted in its cataloguing of Jewish life in Mississippi during the middle of the 20th century.

The Institute’s Virtual Encyclopedia of Southern Jewish communities notes, “for the most part, Jews have enjoyed remarkable acceptance in Mississippi. Several Mississippi Jews have been elected to local office… Willie Sklar was mayor of Louise for 24 years… This civic involvement was not unique to Mississippi, as Jews across the South were elected to public service positions. In each case, the vast majority of their votes came from non-Jews.

“One reason for this acceptance was that Jews assimilated to Southern culture. While remaining faithful to their unique religion and culture, Mississippi Jews have worked to lessen the barriers and differences between themselves and their gentile neighbors.”

Jerry’s upbringing in Louise was barrier-free when it came to him being Jewish.

In fact, in Yazoo City, his mother’s hometown, which was 15 miles away from Louise, his mother’s father — Nathan Ostrov, a successful businessman, was so well-respected that during the Holocaust one of Yazoo City’s non-Jewish citizens raised a very-substantial amount for the United Jewish Appeal. “This was done in honor of him to recognize what he had done for Yazoo City,” recalls Jerry.

Growing up in small-town, rural Mississippi in the late 1940s and 1950s, Jerry recalls hearing only one antisemitic remark.  It came from an opposing player during a basketball game. That player apologized to Jerry the next day.

Now, on the brink of turning 85, Jerry speaks nostalgically of his unique upbringing. While others of his generation have small-town Deep South roots, what made his experience different was that not only were the Sklars the only Jews in town, but his father also was mayor.

For Jerry, growing up in Louise was idyllic; doors were left unlocked at night, people cared about one another, friendships were made that endure to this day.  As he talks about his small town upbringing, you can almost imagine a “Mayberry-Like” existence in his family’s small, tightly-knit Southern hamlet.

To this day, despite his own track record of business and civic success, and a career that took him to the presidency of major department stores in New Orleans and Birmingham, a successful and honored tenure as president of the Birmingham Stallions football team during the heyday of the now-defunct United States Football League, and a later career as an influential financial advisor, you can sense a touch of wistfulness when Jerry talks about Louise.

“As small as it was, I really enjoyed it. I don’t know that I would have chosen another childhood experience.”

There also were some lasting lessons.

“The best thing I learned from Dad is that hard work pays off. I know that is what he did. He expected me to work in the store. If I wanted to go out on Saturday night, I had to get permission because we stayed opened Saturday nights. He made it clear there were no free rides.”

Brad enjoys telling the story of how impressed he was that Jerry lettered in multiple varsity sports in high school.

Then one year Brad went with his dad to a high school reunion for Louise High, which had been shut down for many years.  It was a great event, and it was there that he discovered that Jerry had only five senior male classmates, so pretty much everyone played every varsity sport.

Willie’s grandchildren — Brad, his sister Suzanne Blonder and their first cousin, Scott Harris — were all close to their grandfather and treasured the times they were able to spend with him and their grandmother in Louise. Suzanne had friends from Louise visit her in Birmingham. 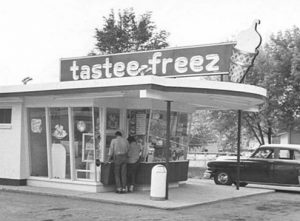 The grandchildren were especially impressed by one thing in particular:  After serving multiple terms as mayor, the local Tastee Freez restaurant and ice cream parlor named a burger after their grandfather, the “Willie Burger,” a high honor for sure in the small town.

Before being elected mayor, Willie served on Louise’s school board for many years.  Brad speaks about that with pride because today he is a member of the Mountain Brook school board, a parallel that has made an impact on him.

“I feel a connection to my grandfather and his commitment to education,” explains Brad.  “I’ve also tried to reflect his belief that in addition to maintaining a strong commitment to Judaism, to look for ways to better the broader community.”

The stories, from Jerry’s varsity sports to Willie’s Tastee Freez burger, are fun — and important, because they help capture a bygone era. What may be more important though are the broader takeaways from the Willie Sklar narrative.

The Sklars and other immigrant Jewish families worked hard, took risks and opened doors for their descendants, never taking America for granted and wearing their Judaism proudly.

Incumbent on Brad’s generation, he acknowledges, is the challenge of transmitting these legacies and lessons to their own children, in his case his daughter, who is now 19 and a freshman at college.

“Yes, this is a challenge, especially because they never knew the ‘pioneering generation’ that gave our family and so many other Southern Jewish families their start in America,” says Brad.

“In our family, we preserve and value the memories of Willie and Esther and what they stood for. We owe it to my grandparents to make sure their great-grandchildren know their stories, and never take the freedom and opportunities their generation enjoys for granted.”