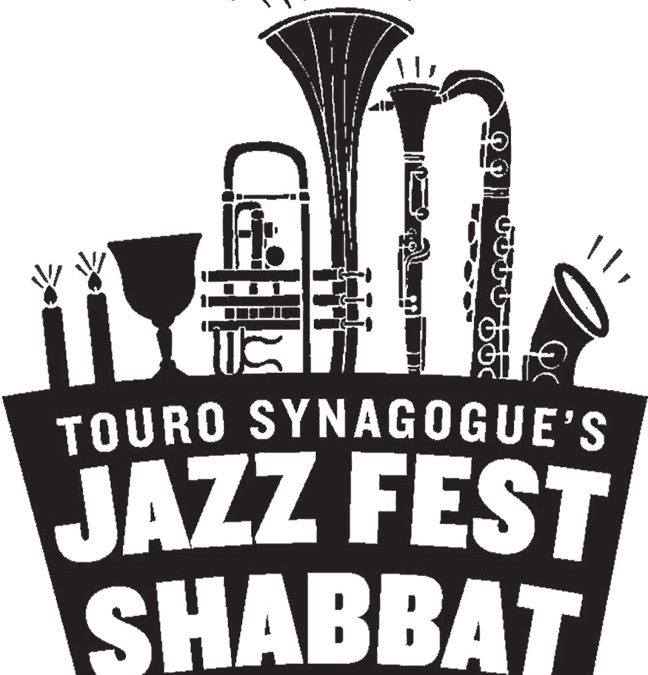 Since 1991, Touro Synagogue in New Orleans has marked the New Orleans Jazz and Heritage Festival in its own unique style every April, holding Jazz Fest Shabbat with the traditional Shabbat evening liturgy set to jazz tunes, with a noted musical guest.

Last year, as Jazz Fest was cancelled due to the rapidly-growing Covid pandemic, Jazz Fest Shabbat was also a casualty and was not held.

While the situation has not improved to the point of having a full sanctuary and performance this year, and with Jazz Fest itself shifting to October, Touro will mark the 30th anniversary of Jazz Fest with the release of “Celebrate! 30 Years of Shabbat Joy,” a CD of Jazz Fest Shabbat musical favorites.

There will be a CD release party at the Shabbat service on April 30 at 7:30 p.m.

The album is being produced by Academy Award winner Donny Markowitz. A New York native, Markowitz played bass for Speedo and The Cadillacs, performing at numerous celebrated venues.

He co-wrote the Academy Award winning song “I’ve Had the Time of My Life” from “Dirty Dancing.” He then moved to Los Angeles, where he wrote scores for film and television, including “Get Out,” “Crazy Stupid Love” and “The Muppets.”

In 2011, Markowitz moved to New Orleans, and works from Esplanade Studios in Treme. He produced “Decisions,” an album by Bobby Rush, which featured Dr. John on a song co-written by Markowitz and Carl Gustafson. The album was nominated for a Best Blues Album Grammy.

The congregation is recruiting patrons for what will be the congregation’s only fundraiser this year. Those committing by March 19 can be listed on the CD’s liner notes. When the Jazz Fest Shabbat service can be held, the patrons enable the congregation to offer the event free to the community.

Sponsorships start at $180. At the $500 level, a CD autographed by a guest artist is included, along with recognition as an instrument sponsor. The $1,000 level adds a patron dinner and wine for two from Saba, to be picked up on April 30, and listing as a song sponsor. The $2,500 level, as an artist sponsor, includes dinner for four. The platinum level of $5,000 includes a porch or yard song with the Panorama Jazz Band, participation in the launch, sponsorship of a cameo participation by a past cantor, and dinner for six. The highest level, $10,000, is to be the presenting sponsor, a porch concert and dinner for eight.

All sponsors will receive a digital download, and additional CDs will be available for purchase for $18.

Further information about the CD and sponsorships is available here.