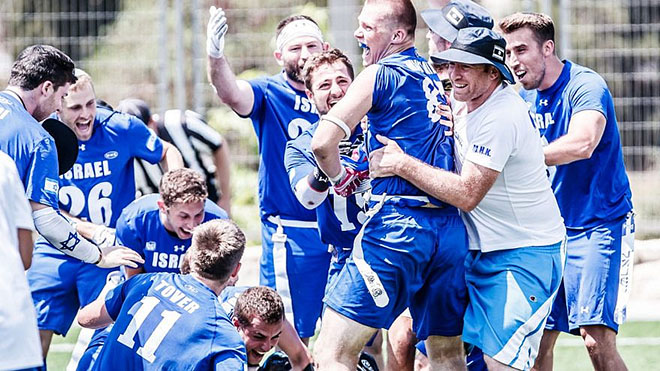 (JNS) — The International Federation of American Football has selected Israel to host the Flag Football World Championships at the Kraft Family Sports Campus in Jerusalem from Dec. 6 to 8. The three-day tournament is expected to attract more than 40 teams from up to 30 countries competing for the world title and a spot in the World Games 2022.

The biannual tournament was originally scheduled to take place in Denmark in 2020 but was postponed due to the worldwide coronavirus pandemic. The Kraft Family Sports Campus hosted one of the most successful European Championships, in 2019.

The men’s and women’s teams that finish in the top eight in Israel respectively will go on to compete in the World Games in Birmingham in July 2022, when the flag football competition will fall under the auspicious of the National Football League.

Steve Leibowitz, president of the Federation of American Football in Israel and chairman of the 2021 flag Football World Championships Local Organizing Committee, told JNS that “the past year has been very tough for all sports, including American football. Here in Israel, we have been mostly off the field until last week. First, Denmark and then Spain withdrew from hosting the World Championships. Israel has a strong organization and the backing of the Kraft Family and other sponsors, and we saw an opportunity to host.”

He explained that Israel was slated to host the World Championships in 2014, but the Gaza war forced the IFAF to move the championships to Italy. 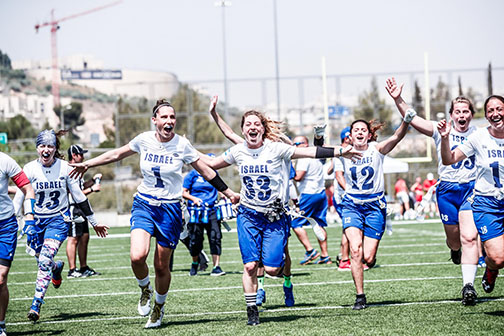 Now, he said, “we have an opportunity to showcase Israel and Jerusalem to the top echelons of the sport we love. We have two huge challenges at the same time — to host the biggest and best FFWC ever held, and to finish in the top eight and qualify the Israeli teams for the 2022 World Games.”

Kenny Zwiebel, a longtime flag-football player who is now the head coach of the Israeli Men’s National Flag Football team, told JNS that hosting the event “adds extra incentive for the team, which is already excited to compete for a top finish and to do so in front of our home crowd. We look forward to showing the world delegations what Israel has to offer both on and off the field.”

Both the men’s and women’s national teams have had success in tournaments at venues worldwide in the past nearly two decades. At the 2019 Jerusalem European Championships, the men’s team just missed the podium, finishing in fourth place, while the women had a respectable sixth-place finish.

‘A destination for championship-level competition’

At the same time as Israel is being put on the international stage in flag football, Israel’s national tackle football team has two European matches coming up as the squad gets ready to host Spain at the Kraft Family Sports Campus in August with an away game versus Hungary this September.

Shana Sprung, the longtime women’s national team quarterback and one of the founders of the women’s flag football league in Israel (WAFI) back in 2004, told JNS that she is “simply in awe” that Israel was selected to hold this year’s world championships.

IFAF president Richard MacLean said “the Kraft Family Sports Campus in Jerusalem is fast becoming an iconic venue for flag football. I look forward to seeing the world’s finest flag football players coming together for what will undoubtedly be a great event. The competition is tremendous as teams compete to secure their place at the World Games, and only one team will earn the honor of being crowned IFAF Flag Football World Champions.”

Robert Kraft, chairman and CEO of the Kraft Group, which owns the NFL’s six-time Super Bowl champion New England Patriots and has been the top supporter of football in Israel for nearly 20 years, along with his late wife Myra, said: “We love the game of American football and are so proud to see the sport’s popularity continue to grow internationally in its various forms, including flag football.”

“When we invested in the Kraft Family Sports Campus,” he continued, “it was with the hope that it would not only provide a location for daily exercise and competition for all Israelis, but that it would also become a destination for championship-level competition for football leagues throughout the Middle East and Europe. It was an investment in both Israel and American football — two of my greatest passions.”