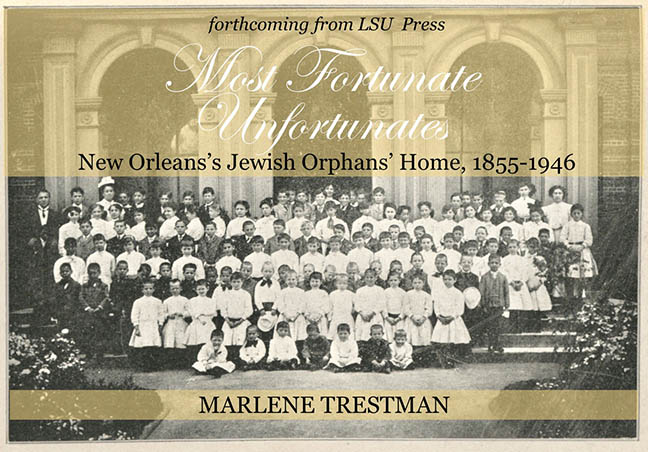 Last year, one of the last major in-person events in the New Orleans Jewish community was the annual Jewish Children’s Regional Service Roots gala. With pandemic restrictions still in place for this year, when the fundraising committee was brainstorming ideas for its 2021 virtual gala, it didn’t take long for the group to look to one of its own.

Lawyer and author Marlene Trestman will be the keynote speaker at Jewish Roots Jubilee: Celebrating the 75th Anniversary of the Modern-Day JCRS, April 11 at 6 p.m.

Not only is Trestman a JCRS “Success Story,” having received aid from the agency when she was orphaned at 11 years old, she is writing a book on the history of the Jewish Orphans’ Home in New Orleans, the predecessor of JCRS.

Although her book “The Fortunate Unfortunates: New Orleans’s Jewish Orphans’ Home, 1855-1946” is still a few months away from publication, during the event she will share some of the nuggets of her research.

“I am thrilled that Marlene Trestman, one of JCRS’s ‘Success Stories’ and such a talented and honored author, has chosen to write and speak about the history of our wonderful organization,” Gala co-chair Carole Neff said.

Co-chair Barbara Kaplinsky agreed, noting that Trestman, “like the many hundreds of JCRS ‘Success Stories’ from around the country, is a testament to the amazing work JCRS does in supporting Jewish children in building their Jewish identity, becoming educated and overcoming obstacles.”

Trestman grew up in New Orleans as a JCRS recipient, using that assistance to attend Isidore Newman School under the spirit of its founding charter to educate Jewish orphans. She later attended Gaucher College and George Washington University Law School and began her career as a public lawyer.

Trestman is a former Special Assistant to the Maryland Attorney General, where she started her 30-year legal career in 1982, and has taught law at Loyola University of Maryland’s Sellinger School of Business and Management, where she earned her MBA. Trestman twice received the Attorney General’s Exceptional Service Award and in 2004 was named Isidore Newman School’s Distinguished Alumnus.

She is also the author of “Fair Labor Lawyer: The Remarkable Life of New Deal Attorney and Supreme Court Advocate Bessie Margolin.” It was through her research on Margolin, one of the Jewish Orphans’ Home’s most accomplished alumni, that her curiosity about the home deepened.

“For as long as I can remember, I have been fascinated by the rich history of the Jewish Orphan’s Home,” Trestman said. “I am also keenly aware that had the Home remained open for about two more decades — I would have lived there.”

After her book on Margolin was released, Trestman was the honoree at the 2016 JCRS gala. 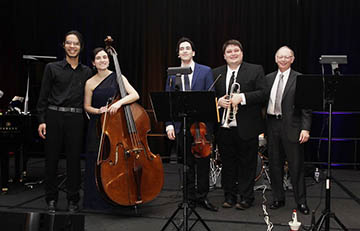 Trestman’s talk will be followed by a question and answer session. Sprinkled throughout the program will be performances by the ensemble, featuring instrumentalists Joshua Dolney of Deer Park, Texas; Josh Sadinsky of Fayetteville, Ark.; Basil Alter of Memphis; and Caroline Samuels of Baton Rouge. JCRS volunteer and drummer Bruce Miller is also part of the group.

The musicians said they are thrilled to be lending their talents for the second consecutive year.

“JCRS has provided so many opportunities to me throughout the years; and it is my pleasure to give back to the organization that has given me so much,” Samuels said.

Alter added. “I am thankful to the JCRS for their generosity in supporting my education, and for their support and encouragement throughout the year.”

JCRS provides need-based scholarships for Jewish sleepaway summer camp, along with college and special needs assistance, among other programs. It also administers PJ Library in many communities. Recipients are from a seven-state region.

An online auction focused on once-in-a-lifetime vacations and experiences will round out the evening. Sponsorships and tickets are available here or by calling (800) 729-5277.