A little engine that could is turning into a locomotive that can, which is all the better for Israel and the Jewish people. 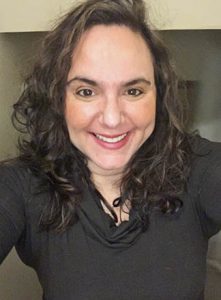 The Atlanta Israel Coalition, which began as an idea in Atlantan Cheryl Dorchinsky’s head and an aching in her heart, is emerging as a significant new addition to the multiple Israel education organizations found in the U.S. today, though it is innovating, not duplicating.

“My goal in creating AIC was to get people out of their silos,” says Dorchinsky. She and other volunteers have come together to create a new non-profit that’s agile, nimble — and effective.

“Israel’s detractors have no problem getting together and spreading hate. So to counter this, I believe there needs to be a broadened emphasis on people, Jewish and other friends of Israel, coming together, regardless of their political bent, for education and advocacy,” she said.

Dorchinsky, a non-profit entrepreneur and social media dynamo, has found a widening niche for this new organization.

AIC is emerging as a national venue where Israel-lovers can come together; avoiding politics, both American and Israeli.  It is a 501c3 organization with a small budget funded by grants and donations.

Israel’s Atlanta-based Consul General for the Southeast, Anat Sultan-Dadon, is a big fan of Dorchinsky and AIC. She has seen its impact first-hand.

“I have much appreciation for Cheryl and AIC for the important work that her organization is doing,” said the Consul General. “Having successfully transitioned to creative online programming, AIC is connecting thousands of people with Israel, educating them about Israel’s uniqueness, beauty and challenges.”

AIC’s first program, which took place pre-Covid, drew 200 people. It was held at a local synagogue. It featured Kay Wilson, who survived a brutal attack by Palestinian terrorists while hiking in Jerusalem, and a screening of her film “Black Forest,” a harrowing documentary she made about the experience.

By pre-Covid standards, the program was considered a success.  Then the pandemic changed everything.

Online programming would quickly become the norm, opening a vast new universe for creative organizations adept at using online technologies and social media, all of which were right up Dorchinsky’s alley.

Skilled at creating social media networks, which she has done in other arenas, Dorchinsky began promoting AIC far and wide, taking it beyond its Atlanta roots. In fact, AIC, in her mind, no longer just stands for Atlanta Israel Coalition but she also thinks of it more broadly as the All Israel Coalition. With good reason.

Today, thousands of people from across the country and around the world participate in AIC’s programming as this tiny, still volunteer-led organization offers a steady and strategic stream of creative offerings. This short video highlights AIC’s two years of imaginative pro-Israel programming.

The online programs that AIC has produced have been far-reaching. They have run the gamut from exploring the truth behind exchanges between U.S. law enforcement and their Israeli counterparts, a popular target of anti-Israel groups; highlighting the work of an Israeli company that developed a state-of-the-art face mask to help combat the Covid pandemic; to explaining Sigd, a national holiday celebrated by Israel’s Ethiopian community. These and other AIC programs can be viewed on YouTube.

Dorchinsky is especially proud that during the pandemic, AIC has been able to “take” thousands of people to Israel  — through virtual tours.

“You will not find many guides who will actually take you to the sites live, answer questions and engage the audience as our guide David Sussman does,” she said. AIC’s tours cover the entire Land of Israel and there’s still time to sign up for the group’s upcoming offerings.

Dorchinsky is from New York.

While in college she spent time studying at Israel’s Haifa University.  She and her husband migrated to Atlanta for professional reasons.  They have two teenage sons.

She was in the business world but left to pursue her passions, which, in addition to Israel, include managing social media networks in several regions of the country that focus on other things she cares about.

Her Israel work is not always easy.  She’s been willing to tackle controversial and complicated issues, both through AIC’s online programming and social media posts.

Dorchinsky’s style is forthright but not in your face. She is fiercely proud of being Jewish and of Israel, and passionate about Zionism, and that has irked some of Israel’s detractors.  She’s even received death threats.

“Nobody likes death threats, but I go forward. Still, I sometimes get horrible emails in response to things we are doing.  People attack me on social media,” says Dorchinsky.

“Somebody posted on social media that AIC is a terrorist network. I’ve been told I’m going to hell because I’m part of the ‘Zionist entity.’ Weekly I get messages full of hate directed toward Israel and Jews — saying that Israel is evil and anyone who supports Israel is evil.”

Still, she soldiers on, educating with facts and determination, striving to build an ever-growing virtual tent for the pro-Israel community to gather, welcoming all those dedicated to Israel’s well-being.

“I want to make it easier for my kids — and all kids — in the future. There is so much anti-Jewish, anti-Israel hate today. You have to hope that we can do something — and I believe the only way is for all of us to do it together.”

To learn more about the Atlanta Israel Coalition or make a donation, contact Cheryl Dorchinsky at atlisraelco@gmail.com or click here.