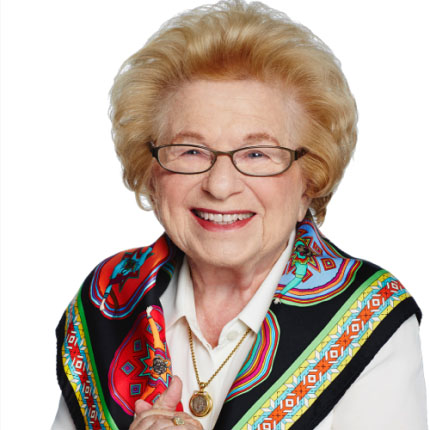 Conexx America Israel Business Connector, the Jewish Federation of Greater New Orleans and National Council of Jewish Women, Southern Jewish Life and Israel InSight magazines, and the Israeli Consulates General in Atlanta, Miami and Houston are among the sponsors of “Celebrating the Remarkable,” a virtual event by the American Associates of Ben Gurion University of the Negev.

The online event, which will be on April 25 at noon, will mark the first honorary doctorate from an Israeli university bestowed upon Ruth Westheimer. Ben-Gurion University of the Negev President Prof. Daniel Chamovitz and Rector Prof. Chaim Hames will present the doctorate.

Throughout her career, Dr. Ruth has maintained her commitment to the Jewish people and Israel. A kindertransport child, she was sent to Switzerland at the age of 10; she lost her entire family in the Holocaust. At 17, she went to then-Palestine where she fought for independence as a sniper in the Haganah. She later moved to Paris where she studied psychology at the Sorbonne.

In 1956, she immigrated to the United States and received a master’s in sociology from the New School for Social Research as well as a doctorate in education from Columbia University’s Teacher’s College.

In 2020, Dr. Ruth became an honorary board member of AABGU.

General admission is free, but there are numerous sponsorship categories. More information is here.