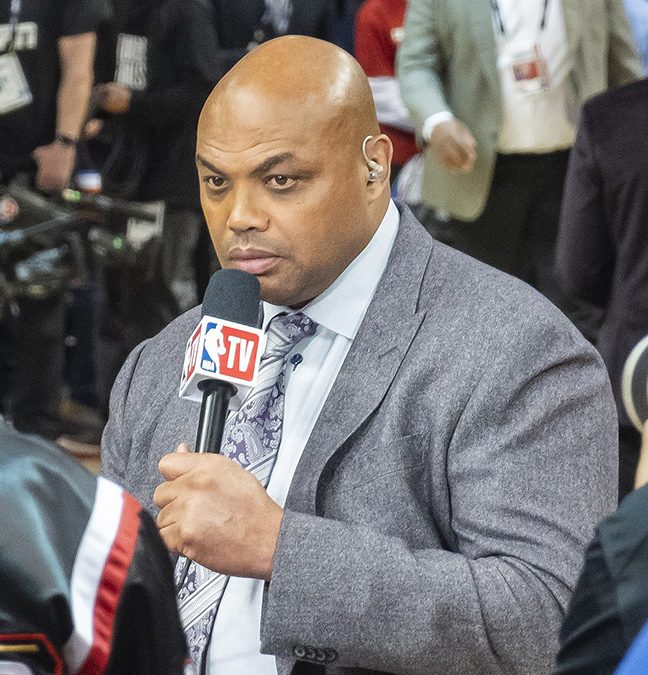 (JNS) — In a controversial 1993 Nike Air commercial, Phoenix Suns and Auburn star Charles Barkley, one of the best basketball players in the world, proclaimed, “I am not a role model.” Today, ironically, he is actually becoming just that.

As a guest on ABC’s “Jimmy Kimmel Live” on March 3, Barkley quipped about having to lose weight for his daughter’s upcoming Jewish wedding, so that he could more easily dance the hora and be lifted up in a chair. Later that month, he referred to the event as the “best weekend in my life.”

His excitement about Jewish customs was fascinating, as many Jews don’t appreciate their own rituals as much as non-Jews often do. Former NBA All Star Paul Pierce, for example, lamented in April on Instagram that he hadn’t grown up like Jews, with family Shabbat dinners, due to an absentee father. Meanwhile, former NBA All Star Amar’e Stoudemire converted to Judaism and finds time each day to learn more about the religion.

How many Jews fail to take advantage of Shabbat dinners with their families because they take the possibility of doing so for granted?  Former “Meet the Press” host David Gregory, the son of a Jewish father and non-Jewish mother, who himself is married to a Christian, has stressed in interviews and in his 2015 book “How’s Your Faith?” that the highlight of his week was Friday-night Shabbat dinners with his family. It is a highlight for my own family, as well.

A native of Leeds, near Birmingham, Barkley had never met a Jew before arriving as a top pick of the Philadelphia Sixers in 1984. Yet, he ended up living in heavily Jewish communities during his NBA career. At a Jewish sports dinner event in Cherry Hill, N.J. in September 2016, he said, “You taught me a lot about life. You treated me with great respect. You helped me grow as a man. You’ve treated me fantastic over 30 years. That’s one of the reasons I feel a great sense of pride when I speak to Jewish people.”  He also stated, “I admire your respect and dignity for yourselves and family.”

Barkley illustrated, in word and deed, that he himself is someone from whom the Jewish community can learn. In fact, at that dinner, he made a point of thanking the kitchen staff and learning the names of all the honorees. More importantly, last July, when a number African-American athletes posted anti-Semitic comments on social media, Barkley publicly criticized them, saying “I don’t understand how you beat hatred with more hatred.”

When former TNT broadcaster Craig Sager underwent a third bone-marrow transplant to treat his leukemia, Barkley flew from Phoenix to the hospital in Houston to be with him. This was because Sager’s wife had caught a cold and was forbidden from being there. It was also in spite of Barkley’s own doctor’s orders, as he had recently had hip-replacement surgery and it wasn’t safe for him to travel.

Then there was Barkley’s unusual friendship with Chinese-born cat-litter chemist Lin Wang, which came to light after the latter died of cancer in 2018. It emerged that the two had met at a bar in Sacramento about four years earlier and developed a close relationship. Wang even attended the funeral of Barkley’s mother in 2015 in Leeds, and had dinner with Barkley’s family after the ceremony.  Wang’s family and friends were shocked to see Barkley at his funeral, since many couldn’t believe that he actually knew the basketball legend. In his eulogy, Barkley called Wang one of the “happiest people I have ever met in my life,” and said that he was honored to be his friend.

Barkley has said and done controversial things in his life.  But, at a time when many Jews are becoming unaffiliated, mainly because they know nothing about their own religion and do not have Shabbat dinners, his positive attitude towards Jews and Jewish traditions should be emulated.

Farley Weiss, former president of the National Council of Young Israel, is an intellectual property attorney for the law firm of Weiss & Moy. The views expressed are the author’s, and not necessarily representative of NCYI.