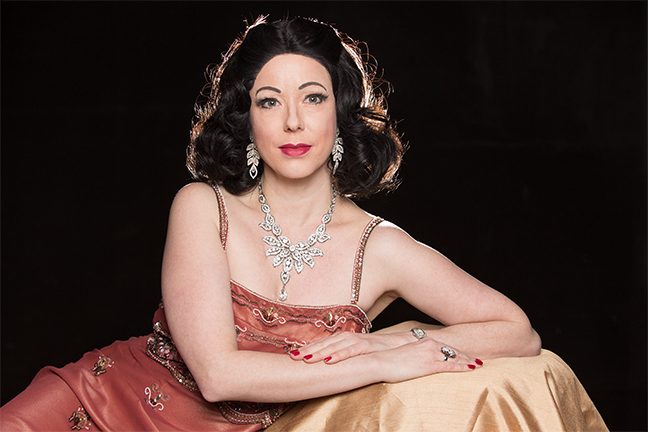 Hedy Lamarr, a Jewish immigrant who became a movie legend and was considered “The Most Beautiful Woman in the World,” had much more than acting in her repertoire.

The remarkable story of the Vienna-born star will be told through the one-woman show, “Hedy!”, at the National World War II Museum’s BB Stage Door Canteen in New Orleans, May 21 to 30.

Broadway actress Heather Massie will return to live performances with the first full live theatrical production at the museum since the pandemic hit over a year ago.

Lamarr was married to a Austrian arms dealer, Friedrich Mandl. She learned about munitions from him before fleeing from him in 1937, and then used that knowledge to help the U.S. Navy during World War II, collaborating with composer George Antheil to invent The Secret Communication System. What became known as frequency-hopping spread spectrum technology made torpedoes more accurate, but after the war became the underpinning of today’s cell phones, Wi-Fi, GPS, Bluetooth and many other wireless systems.

Massie, who studied astrophysics, explored the “unexpected genius” of Lamarr “to empower women, to inspire audiences to find ways each day to make the world a better place, and to encourage young women in endeavors of science and technology.” During the show, she also plays 33 other characters who were influential in Lamarr’s life.

The show will run from May 21 to 30, with performances on Fridays and Saturdays at 7 p.m., and Sundays at 2 p.m. Tickets are $40, $37 for members, and dinner reservations can be made at Rosie’s on the Roof. Covid protocols, including masks, will be observed.