Israel bombs AP offices in Gaza? Here’s the rest of the story 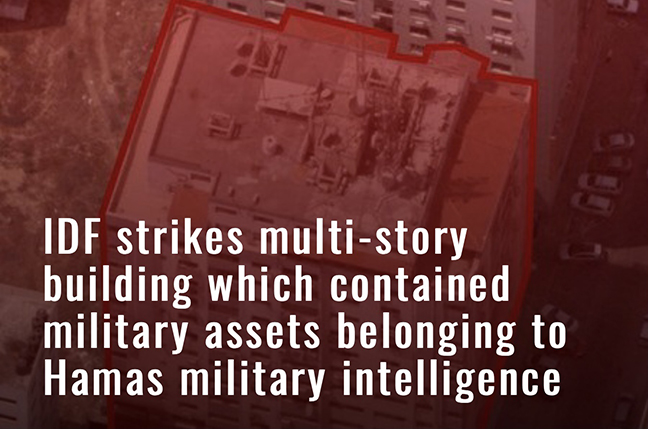 I have a good friend, a very thoughtful person who I’ve known for a long-time. She and I were reporters together at the Birmingham News and she went on to work for the Associated Press.

I respect her a lot, so I took special note of a comment she posted on my Facebook page Saturday in the wake of reports that a building Israel bombed in Gaza housed the offices of the Associated Press.  She was outraged.

“This was a shameful and shocking development,” she wrote, noting that those in the building were given just one hour’s notice to get out. (Israel gives these warnings whenever possible to minimize civilian casualties.)

She also included this response from AP’s CEO Gary Pruitt: “The world will know less about what is happening in Gaza because of what happened today. We are shocked and horrified that the Israeli military would target and destroy the building housing AP’s bureau and other news organizations in Gaza. This is an incredibly disturbing development. We narrowly avoided a terrible loss of life.”

She also shared this from the Committee to Protect Journalists: “This latest attack on a building long known by Israel to house international media raises the specter that the Israel Defense Forces is deliberately targeting media facilities in order to disrupt coverage of the human suffering in Gaza.”

Coincidentally, about the same time she was posting on my Facebook page, I was listening to an international media briefing by the Israeli army spokesman who, among other things, was discussing this very issue.

So to help ensure fact-driven discussion of this incident, I offered the below thoughts in response to my friend’s post.

Israel’s goal was not to disrupt news coverage. It was to destroy important Hamas capabilities and intelligence activities also housed in the building, though this fact has been barely-referenced in news accounts of the incident.

And by giving a one-hour warning to all those inside that an attack was coming, Israel gave up some of its tactical advantage because Hamas members, like the media people, were able to get out quickly, taking their computers and other materials with them.

I also said that I thought it was likely that AP’s Gaza team already was on its way to regrouping and relocating to new quarters. News organizations typically have contingency plans in case of disruption.

I also pointed out that despite AP’s claim that people would know less about what’s going on in Gaza, judging from the continued coverage Saturday by the many other international media outlets stationed in Gaza, the flow of news appears to have continued unimpeded.

These are stressful times and I’m glad my friend posted her comments. The more discussion and dialogue, the better.

Israel is not a perfect country. It’s a tiny country besieged at the moment doing the best it can to protect its citizens who are under attack by deadly rockets. The terrorists who manufacture and fire them have perfected the art of embedding themselves in civilian facilities to create public relations nightmares for Israel once its military responds.