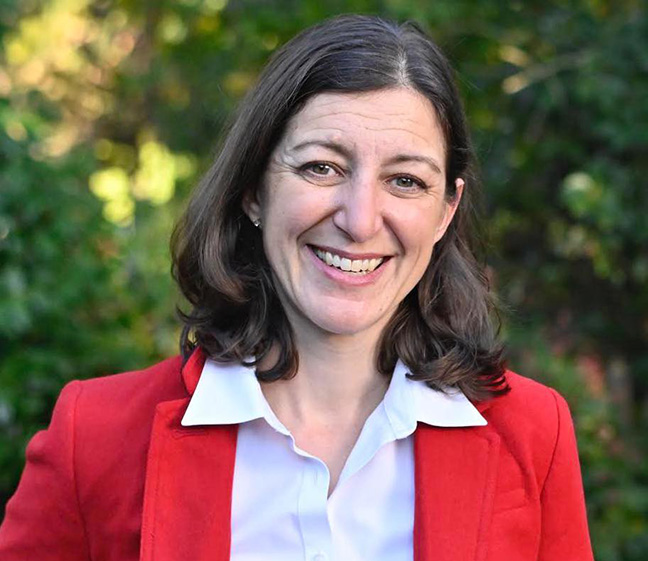 Rep. Elaine Luria of Virginia is pushing back against “disgraceful” attack ads launched by the American Action Network, accusing her and three Democratic House colleagues of abandoning Israel.

The ads come from a May 20 House procedural vote that was portrayed by Republican groups as Democrats voting down emergency funding to Israel for the Iron Dome defense system, but instead was a case of Israel being used by Republicans as a political trap to delay a vote on a bill that would fund the Capitol Police and strengthen Capitol security following the Jan. 6 incursion.

Democratic Majority for Israel said the ads are “dishonest and wrong,” and “the partisan smear machine has reached new lows.”

DMI said that each of the targeted representatives has supported Iron Dome “every step of the way,” and reiterated that “The vote attacked in this trashy negative ad had nothing whatsoever to do with Israel or Iron Dome. It was about security for the Capitol Building in Washington.”

Dan Conston, president of AAN, said that while Israel was being attacked, “ liberals in Congress blocked sending emergency aid to Israel to buttress the Iron Dome system that was stopping the terrorist rocket attacks and saving countless lives.”

Luria said “political maneuvers” like this are “really damaging” because “strong bipartisan support of Israel in the U.S. Congress is not something that should be politicized, because I think it sends the wrong message to the rest of the world.”

On May 20, the House was considering H.R. 3237, which provides $1.9 billion in response to the Jan. 6, 2021 attack on the Capitol Complex. The funding is for security upgrades, repairs to damaged facilities, support for prosecuting those responsible, and funding for the Capitol Police.

Rep. Tony Gonzales, a Texas Republican, introduced a motion “to recommit the bill H.R. 3237 to the Committee on Appropriations,” which would have sent the measure back to committee, delaying its approval, if not outright killing it. The motion to recommit failed, 218-209, in a vote that was almost entirely party line, as House Republicans opposed the overall bill.

Steve Sheffey, Jewish Democratic Council of America senior strategy and policy adviser, said Gonzales’ motion had nothing to do with Iron Dome, and “Members who voted against the motion to recommit were voting against delaying a vote on increasing security at the Capitol,” and motions to recommit are routinely voted down because they are a delaying tactic by the minority party.

This vote, however, is being portrayed by the AAN as a vote against funding Iron Dome, because in his remarks for the motion, Gonzales said he would offer an amendment in committee that “would provide emergency funding for the Iron Dome defense system to ensure that Israel has the system it needs to continue defending against these attacks and enable the Israelis to replenish the thousands of interceptors they have used.” The motion, though, was entirely on recommitting the security bill and was not about an Iron Dome amendment.

Sheffey pointed out that under House rules, had the bill gone back to committee, Gonzales would not have been able to offer an amendment for aid to Israel. “This was political theater at its worst,” he said. The security bill passed, 213-212.

On May 25, AAN started a digital campaign “holding liberal Members of the House of Representatives accountable for voting against aid to help Israel defend itself” in Luria’s district, and those of Reps. Mikie Sherrill of New Jersey, Carolyn Bourdeaux of Georgia and Susan Wild of Pennsylvania. A phone campaign is being launched against 10 other representatives.

Luria called the ads “a divisive attack that comes at a time when anti-Semitism in America is on the rise and Israel, our closest ally in the Middle East, is forced to defend its right to exist.”

She said Jewish Republicans and Democrats she has spoken with “feel this rhetoric is insulting and counterproductive.”

The ad campaign “is not about advancing the cause of Israel’s security or securing funding for Iron Dome. This lie will only heighten the divisions in our communities and undermine our ability to achieve bipartisan solutions on behalf of the American people,” she added.

Currently at the beginning of her second term in Congress, Luria, a Birmingham native, has emerged as one of the strongest pro-Israel voices, and one of the leading bipartisan figures in Congress. The left-wing Ha’Aretz newspaper in Israel described her as “the Democrat aiming to be Israel’s biggest champion in Congress.”

Her first floor remarks after being elected were in response to Reps. Rashida Tlaib and Ilhan Omar using dual-loyalty tropes against supporters of Israel. Dismayed with having to address antisemitism as her first speech, Luria cited her two decades of service in the U.S. Navy, pushing back with “is that not enough to prove my loyalty to our nation?”

During the recent conflict between Israel and Hamas, Luria was one of nine Democrats who made floor speeches on May 13 about Israel’s right to defend itself against Hamas’ rockets. The nine Democrats were then followed by 11 progressives, who advocated for the Palestinians.

On May 25, Luria was one of four House Democrats signing a letter calling out party colleagues who accused Israel of apartheid and terrorism, and Georgia Republican Rep. Marjorie Taylor Greene for comparing Covid-19 restrictions to the Holocaust.

In the letter, the representatives said the anti-Israel statements “are antisemitic at their core and contribute to a climate that is hostile to many Jews.” While they did not name their colleagues, it is widely assumed they were addressing repeated comments by Reps. Ilhan Omar, Rashida Tlaib and Alexandria Ocasio-Cortez, all of whom refer to Israel as an apartheid regime.

Despite the rhetoric from the handful of anti-Israel representatives, and the ad campaign launched by AAN, Sheffey said “This Democratic-controlled Congress will not cut aid to Israel or block arms sales to Israel. Either these organizations know it, and they are playing you, or they don’t know it, and they are committing political malpractice — or they are wittingly or unwittingly acting as Republican mouthpieces.”