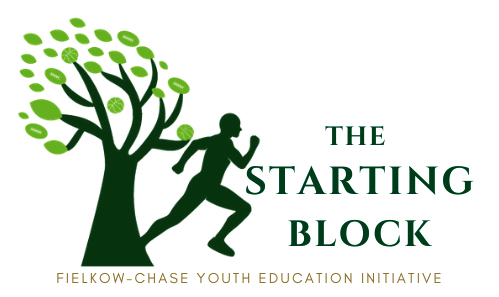 Arnie Fielkow, CEO of the Jewish Federation of Greater New Orleans, wanted to start a program that would be a “legacy” and would combine his loves of sports, Judaism and bringing people together.

Partnering with the Chase family, that vision is coming true as the first class of participants is being recruited for The Starting Block: A Fielkow-Chase Youth Education Initiative for high school students interested in pursuing professions in the highly-competitive sports industry.

The first class of 30 participants will embark on the 18-month program in October, with participants from the local African-American, Latino and Jewish communities. Fielkow said he “didn’t want to just do a sports program,” so in addition to learning about the sports industry, the program will also “highlight African-American and Latino history and challenges, as well as Jewish history and tradition.”

Fielkow said he and iconic New Orleans chef Leah Chase became “dear friends” when he was working for the New Orleans Saints and when he ran for political office. “She ended up endorsing me whenever I ran for office, and I and many other people used to sit in her kitchen in the restaurant, that would be her meeting area, she would be cooking and wanted to talk about life,” he said.

They would talk about the work she did during the civil rights movement and her admiration of the Jewish community. Fielkow said he was honored to recognize her in 2015 at a national gala when he headed the National Basketball Retired Players Association, the Legends of Basketball Fantasy Weekend in Connecticut.

Chase, the “Queen of Creole Cuisine,” opened her restaurant, Dooky Chase, to meetings of the city’s civil rights leadership, and the rebuilding of the restaurant was seen as a milestone of the post-Katrina recovery. She died on June 1, 2019.

Fielkow reached out to her son and daughter, Edgar and Stella, to formulate Starting Block, and “their immediate answer was yes.” They also brought on the Melinda and Morris Mintz family to support the project.

The 30 rising 9th to 11th graders who are selected will have in-person sports administration and management classes every two months, along with educational outreach about the three participating groups. The primary educational partner is the Center for Sport at Tulane University, led by Gabe Feldman. Additional partners are St. Augustine High School, Touro Synagogue, the Museum of the Southern Jewish Experience, Anti-Defamation League and the Hispanic Chamber of Commerce of Louisiana.

In addition to the classes, participants will be eligible for summer 2022 “shadowing” opportunities at sports organizations in New Orleans.

Fielkow said he hopes the program attracts additional support so future classes can be even larger, and they plan to have an annual fundraising event at Dooky Chase. The goal is that those who go through the program “can work together to tackle issues that come up with racism and antisemitism, to make the world a little better.”

For the most part, “we don’t know a whole lot about each other.” He cited the example of St. Augustine, which brings students to Touro Synagogue each year to learn about Judaism. “Last year we had 100 kids in the sanctuary,” Fielkow noted. “It was amazing to watch these kids, none of which had ever been in a synagogue.”

Similarly, Fielkow reckons that “a lot of Jews have never on a Sunday morning been to an African-American church.”

The issue of race in sports has been quite prominent in recent years, including criticism of how few minority candidates there are in front offices or the coaching ranks. “Although there have been major advances, the sports management field has been largely dominated by white males,” Fielkow said. This program will help create a larger pool of candidates down the road.

With the field being highly competitive, “the more we can expose minorities to the industry early on, even before they get to college,” the greater the benefit down the road. “When you do get to college, you have a leg up on everybody else.”

The shadowing opportunity is a major benefit, as Fielkow noted, “networking is everything.”

Given the current state of society, “it is vital that communities — especially the African-American, Latino and Jewish communities — unite to better understand each other’s history and traditions, and to stand together to combat bigotry, hate and discrimination,” Fielkow said. “Hopefully The Starting Block will bring New Orleans area youth together to accomplish just that.”

Applications for the inaugural class are due by August 1. More information is available here.