The frustration of dealing with a two-front war against Israel 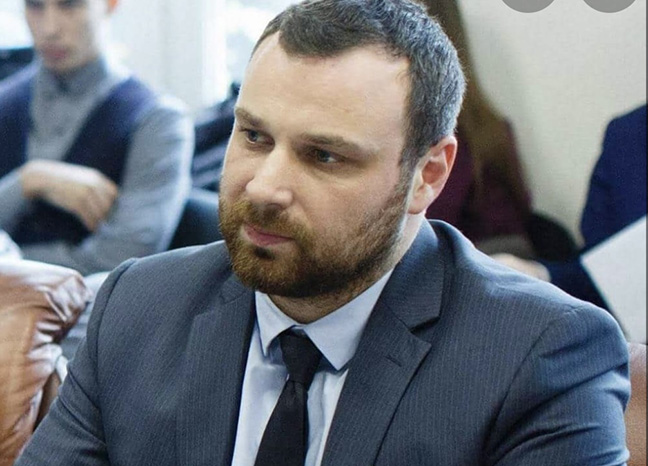 Israel and Jews everywhere who feel an attachment to the Jewish state are fighting a two-front war. Each battle is perplexing and dangerous in its own way.

The first is the asymmetrical war with Iranian-backed Hamas and other terror groups in the Gaza Strip, as they continue to rain down increasingly sophisticated death rockets on the civilians of Israel, trying to kill as many people as possible.

The second is the verbal war that is being waged on social media and through other media outlets against Israel and Jews everywhere. It has become a 24/7 barrage of distorted word and out-of-context picture attacks.  Equally frustrating, some Jews and Jewish groups are actually helping to lead the attacks.

These were the major takeaways from an online update on Israel hosted by the Birmingham Jewish Federation on June 3, featuring Israel’s Deputy Consul General to the Southeast, Alex Gandler.

As the briefing took place, Gandler and Israeli diplomats across the globe were coming off a stressful roller coaster ride. Israel had just taken a major black eye over the optics of its recent response to Hamas and other terror groups.

As Gandler’s talk reflected, even though the number of Palestinian civilians killed as an unfortunate outcome of Israel defending itself was relatively small compared to the scope of the operation, the country has been highly criticized, even by friends, and viciously attacked by its adversaries.

“When we look in-depth at numbers, more than half the casualties on the Palestinian side were militants killed by IDF air strikes — unfortunately 65 of the people who died were children,” he said. He also noted there were Palestinians killed by Hamas rockets which fell in Gaza before reaching Israel.

Also, important to note, as he stressed, was that while there were two children killed on the Israeli side, there would have likely been more if Israel had not developed the Iron Dome system which intercepted 90 percent of those rockets which would have impacted on civilian areas.

Part of Hamas’ strategy is to embed itself in civilian areas, which adds to the death toll of innocents when Israel responds.

“We see the operation still echoing on social media with the rise of antisemitism in the U.S. and other countries as well,” he said.  “We see many more attacks on Israel, especially from celebrities on social media and from journalists in media outlets,” he said with obvious frustration.

“There is a sort of a continuation of the rocket attacks into a PR campaign against Israel.”

The Deputy Consul General  is worried about support for Israel among American Jews. He is especially concerned about younger Jews who have grown up relying heavily on social media which, he said, is a continuing source of superficial and inaccurate information that often defames his country.

“There is great concern in Israel regarding the rise of antisemitism in the U.S. It is not something we are used to seeing,” said Gandler.  “It is something very worrying.”

He is further troubled by seeing some younger Jews  “disavow themselves from Israel, question their Jewishness and question what their connection is to Israel.”

He calls this phenomenon the “Americanization of the situation in Israel.”

The online audience was mostly people over the age of 50. There was one person, however, high school student Gili Weintraub, who asked what younger people can do to combat the hatred toward Jews and Israel that she sees on social media.

The Deputy Counsel General, frustrated by the problem himself, acknowledged this is a growing and urgent challenge that needs attention and solutions.

“I think this is the biggest question to be honest,” he said.  “We are bombarded by information and we are fighting to understand how to deal with it.”

One suggestion he gave her is to always investigate the source of information to assess its credibility.  Oftentimes, things that are exaggerated or false get passed along and circulated, and thus people often are not held accountable for the things they write or post.