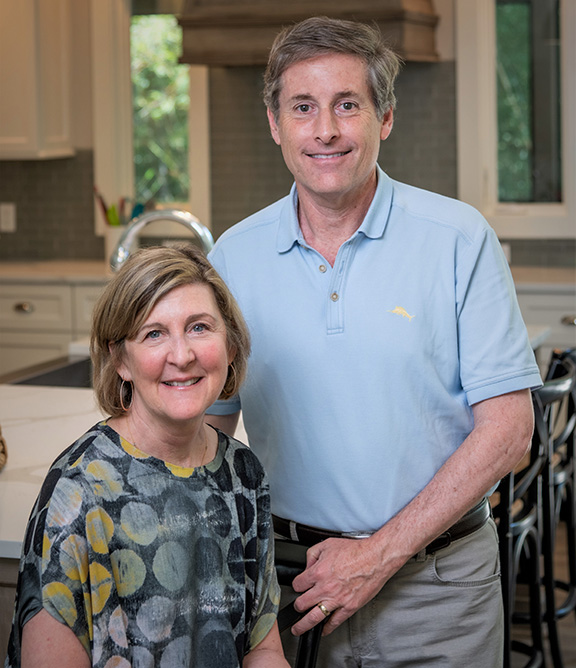 It has been five generations since the day Morris Barstein and his family arrived in America from Russia and headed to Alabama, giving his family the opportunity to prosper. His is a story that is mirrored by Jewish families all across the United States.

To commemorate the 100th anniversary of his family being in the Birmingham Jewish community, grandson Rodney Barstein and his wife Susan are opening a Birmingham Jewish Foundation fund for their three adult children to continue their family’s legacy of giving. 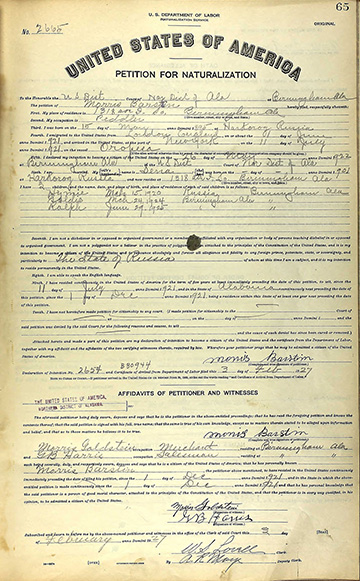 In 1921, Morris and his wife Sena and son Hymie set sail from London on the Oropesa and arrived at Ellis Island on July 9, 1921. His admission papers promised he was neither an anarchist or a polygamist and he was soon on his way to Alabama to take a job with the United Fruit Company. The company believed that, rather than giving new immigrants a financial handout, providing them with a livelihood of selling fruit would be the best help they could provide.

Morris would take his fruit cart to downtown Birmingham and work until the last piece of fruit was sold. He used half of his earnings for his family’s daily expenses and saved half for the American dream of owning a home — a dream he finally realized in the 1950s. Morris and Sena had three more children born in Alabama, including Rodney’s father, Mervyn.

Later, Morris opened two Army surplus stores in downtown Birmingham with nephew Max Corenblum. In 1957 the two started Bargain Town, a chain of retail stores throughout Alabama, with Mervyn soon joining the business. Mervyn and his wife Bernice, both of blessed memory, were fixtures in the Jewish community, through activism and philanthropy.

Rodney remembers a picture of his father in front of the JCC campus on Montclair Road as it was being built in the 1950’s. According to Rodney, “he was so proud to be part of the new JCC. He always answered the call to help the Jewish community. At Bargain Town, my dad and Max Corenblum were constantly offering new Russian Jewish immigrants jobs in the warehouse. Many did not speak English but the Federation offered translators so that these people could be trained.” Once the newcomers became settled and learned English, etc. they left for better opportunities.

“For as long as I can remember, both my mom and dad were always involved in the Temple and the Birmingham Jewish Federation,” said Rodney. Bernice was a staunch advocate for the Federation, the Foundation and Israel, often funding and hosting programs to advance those causes. Rodney and his siblings, Mark and Linda, all live in Birmingham, and among them have seven children.

Rodney thinks it’s possible that none of their children or grandchildren will end up in Birmingham and he wanted to make sure that the Barstein name remains in the community. In July, to honor the 100th anniversary of Barsteins in Birmingham, Rodney and Susan will be opening Birmingham Jewish Foundation Donor Advised Funds –- to be fully funded in their estates — in the names of each of their adult children, Jamie Barstein-Gindy, Justin Barstein and Daniel Barstein. Jamie, Daniel and Justin will be able to recommend charitable grants from the funds.

So that the Barstein family will still be a philanthropic presence in our community, at least half the grants from the funds must be recommended for the Birmingham Jewish community. Rodney and Susan are also doing this in conjunction with a new national effort called the Jewish Future Pledge. Birmingham is one of the pilot communities for this effort which asks members of the Jewish community to commit that at least half of their charitable bequests in their estates will go to Jewish organizations and/or Israel causes. It can be to any Jewish agency, synagogue, Israel organization, the Federation or the Foundation.

For people to participate, it doesn’t matter if the bequest is $10 or $10 million, but the commitment to the Jewish people and a Jewish future does matter. Rodney and Susan were among the first Birmingham signers of the pledge. In signing the pledge, Rodney said “I want my children to learn the lessons our parents instilled in us. Our commitment to the pledge gives our children the road map to continue the legacy.” 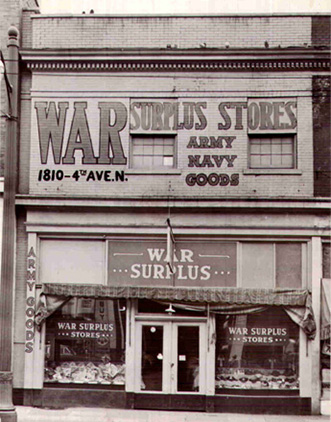 Sally Friedman, executive director of the Foundation, said Rodney and Susan are giving a priceless gift to their children, and to the Jewish community, by honoring the generations that came before them, including Mervyn and Bernice.

As Rodney said, “These values of giving back, so that those coming after us have a better life, will always stay with me.”

And, to the this, Rodney adds this anecdote: “About 20 years ago, I took my boys to Homewood on a Saturday afternoon. There was a was a farmers’ market. I noticed a peach farmer who had one remaining basket of peaches on the back of his truck. Even though we did not need peaches, I said to the boys, ‘Come on, let’s go buy that farmer’s last basket of peaches so that he can go home to be with his family.’

“Then, with tears in my eyes, I explained to my boys that this man reminded me of the peddler who arrived in this country 100 years ago — that man who opened up a new door for our family and how his life must have been.”

For more information on the Jewish Future Pledge, or to join the hundreds nationwide who have already signed the pledge, click here or contact Sally Friedman at the Birmingham Jewish Foundation at (205) 803-1519 or email here.