Birmingham doctor among those killed in Surfside condo collapse 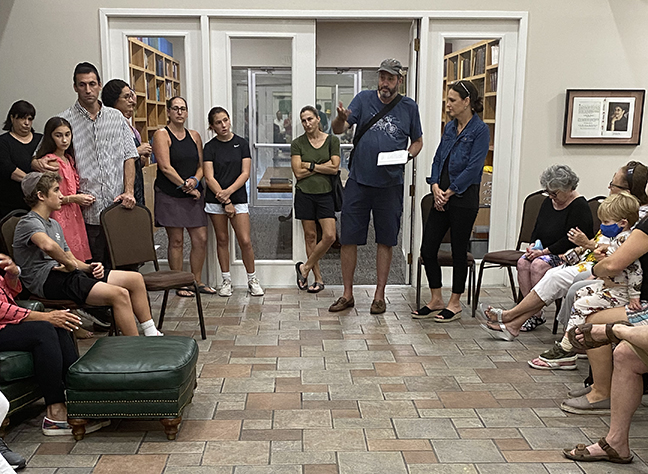 Eyal Ron leads a brief vigil at Chabad of Alabama in Birmingham on June 30.

(Update July 7, 9:45 p.m. — Gary Cohen’s body was recovered today, according to Rabbi Yossi Friedman. Funeral arrangements will be announced once a timetable is known.)

The collapse of the Champlain Towers South condominium building in Surfside, Fla., on June 24 echoed in Alabama, as Gary Cohen, a member of Birmingham’s Jewish community, was among the missing, along with his brother Brad.

Gary traveled to South Florida to visit his ailing father and was staying with his brother at his 11th floor condo at Champlain Towers South.

Brad’s wife, Soraya, and 12-year-old daughter, were staying in a different apartment building that night. The family would split time between their two properties.

On June 29, five days after the collapse, their mother, Deborah Cohen, spoke to WPLG-TV, saying “As a mother, wife and grandmother, I want to implore everyone to pray for all the people who are missing, and my two sons, please bring them back… They are irreplaceable.”

Gary’s wife, Mindy, who is co-president of Hadassah Birmingham, told the station that “I believe that Judaism sets up a structure and guidelines and gives us a moral compass. And that’s how we’re getting through this.”

John Merkle, director of the Tuscaloosa VA Medical Center, said “Gary Cohen is one of our physicians and has worked many years providing care to our veterans. He is part of the Tuscaloosa VAMC family and our thoughts and prayers are with him and his family during this incredibly difficult time.”

As of July 6, 36 bodies had been recovered from the collapsed building, with 109 people still missing. In the initial days, searchers made slow progress because of the threat of further collapse, but on July 4 the remaining part of the building was imploded in advance of a tropical storm.

An Israeli team has been among those searching through the rubble. 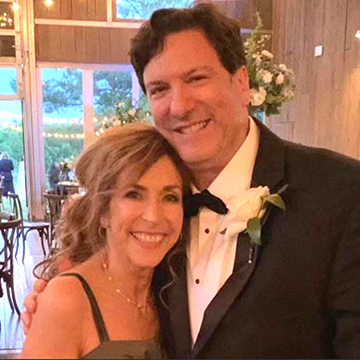 Natives of Dix Hills, N.Y., the Cohens had been deepening their Jewish commitment over the years. Rabbi Yaakov Saacks of the Jewish Chai Center in Dix Hills told Chabad.org that when Brad was finishing medical school in Cincinnati, he had an Orthodox friend, and was interested in furthering his own knowledge and observance. That soon spread to the rest of the family.

“In recent years, Judaism has taken an increasingly central place in the lives of Gary and Mindy Cohen,” said Rabbi Yossi Friedman, program director at Chabad of Alabama. He told Chabad.org that the Cohens kept Shabbat by staying home as they were not within walking distance, or by staying with friends who were.

“Gary was always coming over to me and sharing what he learned online or had read,” Friedman said. “With a unique persistence, he would always probe, ask, debate and discover. He was not shy about sharing his understanding, but he was always willing to listen to others and concede to them when he thought they were right. It was amazing to watch him grow and learn.”

Saacks traveled to Florida to be with the family as search teams comb the rubble. He admitted that even as a rabbi of 30 years, “I had no answers as to why this happened” and no one can answer “as to what, why or how God works.”

He added that an answer by Rabbi Jonathan Sacks, former chief rabbi of Britain, resonates with him — “the reason there is no answer is because an answer is hurtful. Can you imagine if there were an answer, then people would go around and say that so and so died because of such and such. This would be degrading, and it is better that we do not know why.”

On June 30, Eyal Ron led a recitation of Psalm 20 at Bais Ariel Chabad Center in Birmingham, describing the psalm as one offered for someone “who is suffering in a distant place, where one is unable to help.”

He added that while the outcome was uncertain six days after the collapse, “we are going to be as optimistic as possible.”

Rabbi Yossi Posner spoke of the three weeks between the 17th of Tammuz and Tisha B’Av as a time when “great calamities have come on the Jewish people through history,” but “what’s amazing about the Jewish people is we are always trying to find that silver lining in tragedies,” such as the Mishna being codified after the Temple was destroyed in 70 C.E.

Posner spoke of Cohen’s involvement in expanding his Jewish practice, from a time about six years ago when he spoke to Posner about a mezuzah, then tefillin, and Posner noted that Cohen wanted to have the finest when it came to items with which to do mitzvot.

Posner urged everyone to take on a mitzvah in Cohen’s honor, “remember Gary, remember the family, close your eyes, say a little prayer.”

The next morning, which was one week after the collapse, Chabad opened its doors for a steady stream of men in the community to come put on tefillin.

The family had recently celebrated the wedding of son Jared to Stephanie Cline of Memphis, on May 23.

The tragedy also was felt in New Orleans, as on July 6, Rabbi Yossie Nemes said that their nephew’s uncle and aunt, Tzvi and Itty Ainsworth, were found and identified.

Hadassah is among many groups that have set up funds that will be sent to the Greater Miami Jewish Federation, which is working on short-term and long-term needs for the families.

A national “Hadassah Comes Together: A Moment of Prayer for Surfside” event is scheduled for July 8 at 11:30 a.m. Central, with remarks by Hadassah National President Rhoda Smolow and Miami President Adrian Fischer, and a prayer service led by Rabbi Eliot Pearlson of Temple Menorah and Rabbi Julie Jacobs of Beth David Congregation.