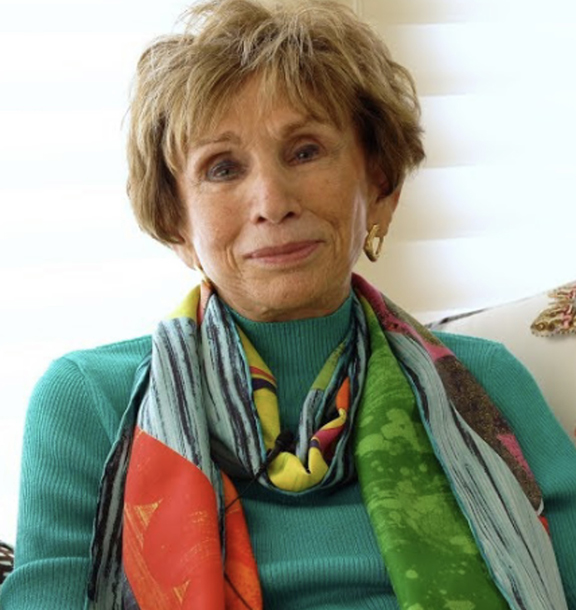 Those who tuned into “An evening with The Ballerina of Auschwitz” on June 3, presented by the Chabads of Louisiana, Metairie and Baton Rouge, left with much to think about.

The program featured well-known Holocaust survivor Edith Eva Eger, who has written an internationally best-selling memoir, “The Choice: Embrace the Possible” and also has published “The Gift: 12 Lessons to Save Your Life.”

After surviving the Holocaust and moving to the United States, Eger became a well-known psychologist specializing in post-traumatic stress disorders.

She was just 16 when she and her Hungarian Jewish family were sent to Auschwitz, where her parents were immediately exterminated, though she and her sister remained alive.

A trained ballet dancer and gymnast, just hours later Eger would be forced to dance for the notorious Nazi doctor, Josef Mengele. He gave her a loaf of bread that she would share with her fellow prisoners.

Eger would survive the Nazi horrors, move to the U.S. and build a remarkable career as a psychologist, author and motivational speaker.

She explains, “We lived a ‘normal life’, a happy life, uneventful in its quiet bliss. Then it was slowly, yet suddenly, all taken away, altering the course of my life forever.

Though I could have remained a permanent victim — scarred by what was beyond my control — I made the choice to heal.”

Adds Eger, “Early on, I realized that true freedom can only be found by forgiving, letting go, and moving on. So I turned my life around and vigorously pursued a career in psychology. Combining my formal education and my own life challenges, I have helped countless others lead full lives by moving beyond their problems — no matter how insurmountable they believed them to be.”

Though she will be 94 in September, Eger is continuing her mission of “striving to help people make the choice to heal and thrive,” as was evident in the recent Chabad program.

“They Came to Kill”

Eger also had powerful observations to offer about Jewish life today as she fielded questions from her audience.

Eger was asked about the rise of Nazism as she was growing up in Europe and if she thought similar evil forces of destruction could arise in America. “White supremacy groups have become very strong, unfortunately,” she answered. “On Jan. 6 white supremacists attacked the U.S. Capitol. They came to kill.”

She said that she is “hoping that I can do everything in my power to see that it can never happen again,” lamenting “there are those who still believe that the Holocaust didn’t exist.”

Eger added, “We are very separated and I would like to see us unite.”

She was asked if she could offer words of empowerment for those frightened by the recent rise in Jew-hatred in the U.S.? “I want to think about the question,” she said quietly, as she paused.

Then, she answered that for her, as a Holocaust survivor who has built a new and successful life in the U.S., this outbreak of antisemitism was “totally unexpected, totally unanticipated.” In such a circumstance “the biggest fear is when you don’t know what will happen next.”

Continuing powerfully and reflecting on her earlier encounter with the Nazi death machine and the strength it took to survive, she said, “They could beat me but I would never ever allow them to touch my spirit. The issue is not what you feel but what you do.”

Her time at Auschwitz, she said, gave her the strength and patience to “never give up.”

In the cattle car on the way to Auschwitz, her mother had told her, “We don’t know where we are going but remember that no one can take away from you what you put in your own mind.”