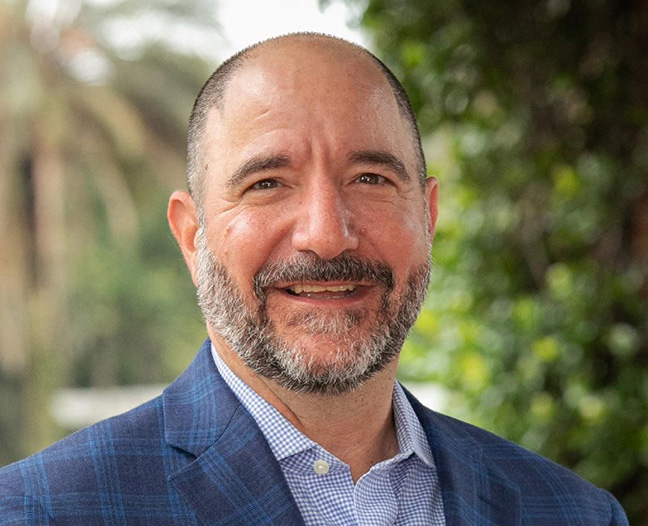 As Ned Goldberg steps down after 33 years as executive director of Jewish Children’s Regional Service, a familiar face will be succeeding him.

New Orleans native Mark Rubin, who joined the social service agency in September 2012 as its first-ever development director, will step into that role, effective Aug. 1. His new role was unanimously approved by the JCRS board on July 15.

“We look forward to working with Mark in his new position as executive director and have no doubts that he will transition into this role with great ease,” said JCRS President Michael Goldman. “Under Mark’s leadership, JCRS will not only continue to flourish but will expand its influence in order to help more Jewish children than ever before.”

Rubin becomes only the fourth leader of the agency since 1946. When Goldberg arrived in New Orleans in 1988, he succeeded Sanford and Viola Weiss, who had led the agency for over four decades and instituted the programs for summer camp scholarships and college aid, and an out-of-home care program that expanded into the current JCRS Special Needs program for Jewish youth facing challenges.

Goldberg will become director emeritus upon his retirement.

Rubin has more than 20 years of mission-driven development and program experience, working for national and local organizations such as the American Cancer Society, the Arthritis Foundation and Tulane University.

At JCRS, he grew fundraising and outreach to the Jewish community, in New Orleans and across the agency’s seven-state region. The Jewish Roots annual gala, which was first held a few months before Rubin’s arrival, has grown into one of the largest events on the New Orleans Jewish calendar, and has raised over $1.4 million since 2012. Rubin also expanded disaster relief efforts to include financial assistance for families with minor children who have been affected by the Covid pandemic.

“I am excited to begin this new chapter for the future of JCRS. It is an honor for me to build on the tremendous work that Ned has done with the agency,” Rubin said. “There are always Jewish kids in need — in good times and in challenging ones like the pandemic. Every day, JCRS makes a tremendous impact on the lives of Jewish youth through our programs and outreach. I look forward to working with our truly dedicated Governing Board, volunteers, and staff to meet that need where we can help the most.”

Additional recent programs include administering the PJ Library program to communities in the region that do not already have the infrastructure to implement the program; and the Oscar J. Tolmas Hanukkah Gift Program, which provides Chanukah gifts to youth from low-income families.

Since 1855, JCRS has provided needs-based scholarships, support and service to Jewish youth and families in the form of college aid, Jewish summer camp grants, and assistance to children with special needs. In 2020, JCRS reached more than 1,800 youth in Alabama, Mississippi, Louisiana, Tennessee, Arkansas, Texas and Oklahoma.