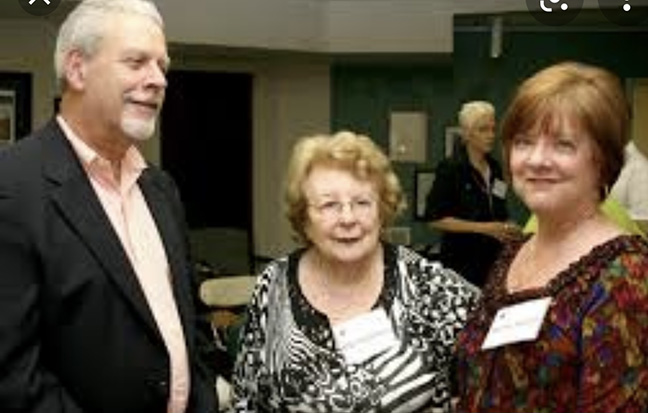 Birmingham’s Becky Barker Seitel, who died July 24, did both.

She loved photography; it was a passion she discovered later in life.

Yet, when she began taking photography courses at Samford University after marrying Birmingham Jewish community member Alan Seitel, she never could have imagined she was beginning a trajectory that would leave a lasting legacy and influence thousands.

Through Alan, Becky got to know Mitzi Levin, who had married Alan’s lifelong friend Barry Levin, also of Birmingham. Together these two Christian women married to Jewish men started to become more deeply connected to the Jewish community.

After attending a Holocaust memorial service in 2005 that featured local survivors, Becky developed a yearning to preserve the stories of Alabama’s survivors through photography in a way that would make a vivid and lasting impact.

She reached out to Mitzi, an accomplished artist, to become her partner.

Thus the widely-acclaimed exhibit “Darkness into Life” was born — a striking and beautifully done series of paintings and portraits that capture the sagas of those who survived Adolf Hitler’s genocidal assault on Europe’s Jews and resettled in Alabama after World War II.

Especially important to Becky and Mitzi was telling the stories in a way that ultimately inspires.

The lives depicted were not only marred by the tragedy of the Holocaust, they also were crowned by triumph — the triumph of having survived and moved from darkness into life. 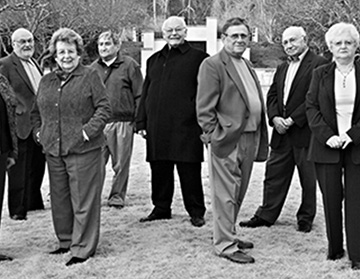 Mitzi’s paintings, based on each survivor’s recollection of the past, and Becky’s contemporary photos of them, work together seamlessly in a powerfully understated way. The photos and paintings are accompanied by concise and compelling narratives written by Becky and Mitzi.

When talking to Becky and Alan and Mitzi and Barry as the project was being birthed, one could sense that something important and lasting was about to happen as they explained the idea.

Of particular significance, they convinced the Birmingham Holocaust Education Center to come aboard and help them reach out to local survivors.

When the two women would talk about the project, you could feel the determination and passion in their hearts and see the pride that their husbands had in them, especially with neither Becky nor Mitzi being Jewish.

Memorable is the humility with which Becky and Mitzi carried themselves. It was clear that they were grateful for having the chance to tell what they believed was a sacred story.

More than 1,000 people crowded the corridors of the Levite Jewish Community Center for the unveiling of the exhibit in 2007. Over the following months those traversing the halls would often stop in front of the paintings and photographs, standing quietly, lost in thought.

When Becky or Mitzi or one of the survivors would guide individuals or groups through the exhibit it was powerful. Everyone, including those who had studied the Holocaust for years, came away more informed.

Becky was born in Carbon Hill, Ala., outside of Jasper. “Her father was mayor for a while,” Alan recalled during a recent Zoom chat. “He put in the only stop light that Carbon Hill ever had.”

Becky was previously married and raised two children, and, having moved to Birmingham, worked at UAB, putting herself through school over eight years. She spent most of her career in the financial services industry before shifting to non-profit work.

“We wanted to do something together and we thought about different things. We wanted to give back to the community together,” he said.

However, they couldn’t quite figure out exactly how — until a light bulb went on in Becky’s head as she sat there in 2005 listening to Holocaust survivors tell their stories.

“Struck by powerful survivor testimony, Becky lamented that her own grandchildren would be unlikely to hear from a survivor,” BHEC explained in a statement upon Becky’s passing.

Over the years, “Darkness into Life” has traveled widely throughout the state under the auspices of BHEC, which has arranged for survivors and others to speak to groups of all ages in conjunction with the exhibit.

The collection has been displayed in many public venues, including schools, and thousands of Alabamians have seen it. The impact has been enormous.

In a 2018 story on the exhibit appearing at Cullman High School, where historically there have been few if any Jewish students, teachers Susan Boyd and Gina Nix said the school was honored to be hosting the exhibit, “so that our students and community would have the opportunity to learn more about the Holocaust without having to travel.”

“Darkness into Life,” which can be viewed online, highlights 20 Alabama Holocaust survivors, some of whom have died since the exhibit debuted.

After “Darkness into Life” Becky never picked up a camera again.

“I don’t really know why,” said Alan. “I don’t know whether it took so much out of her or she felt there wasn’t anything else she wanted to accomplish through photography — that she had kind of reached the mountaintop.”

Becky then became interested in other activities and spent the last eight years of her life quilting.

Alan understood and supported Becky’s creative journey. It was a path that not only left the enduring legacy of “Darkness into Life,” but also a lasting creative presence.

“Becky was always changing and always evolving,” said Alan. “She was a creator and an artist. So there was always newness.”

(There will be a celebration of Becky’s life on August 7 from 2 to 5 pm at the DoubleTree hotel,  Perimeter Park South in Birmingham. There will be a seated program at 3 pm which can be viewed online. Email for link.)