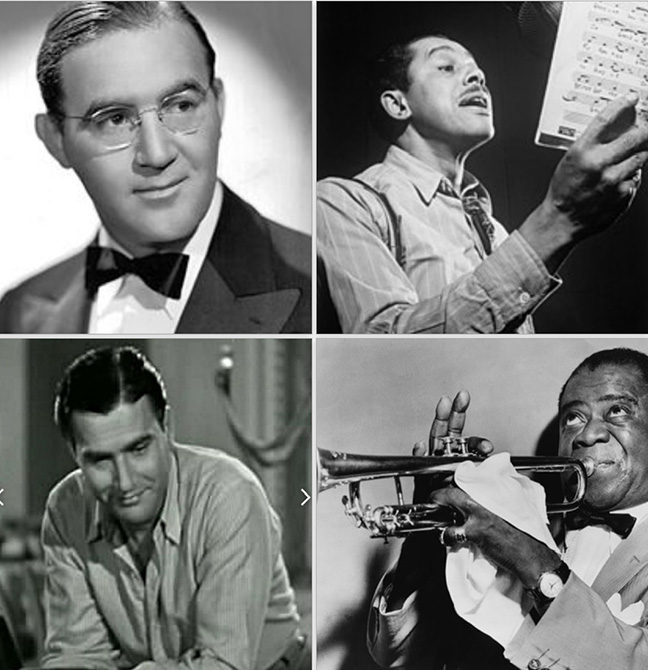 They go together and are inextricably linked.

Jewish jazz musicians, performers and promoters have had a heavy influence on this uniquely American genre as it has evolved over the decades, according to Helen Stone.

Stone, a past co-president of Hadassah New Orleans, has degrees in music theory and sociology.   She spoke about the impact of Jews on jazz during an Aug. 1 online program hosted by the Hadassah chapter as part of a six-part series, “Hadassah Explores the World of Jewish Music.”

Focusing on key 20th-century figures in the relationship between Jews and jazz, Stone offered thumbnail sketches of such well-known musical artists as Sophie Tucker, Benny Goodman, Artie Shaw, Buddy Rich and Stan Getz, playing samples of their music. She talked about other Jewish jazz personalities as well.

Stone included mention of a performance by Cab Calloway, the African-American singer and band leader, who, as she noted, sounded remarkably like a Jewish cantor in the selection she played, “Utt Da Zey,” the Tailor’s Song.

One of the most interesting figures who Stone highlighted was Willie “The Lion” Smith, a brilliant pianist whose mother was of mixed racial heritage and whose father was Jewish.

While all those she mentioned are remembered for their musical talents, Goodman and Shaw also are known for featuring African Americans in their bands despite the racial segregation of the 1930s. In particular, Stone noted that Shaw hired Billie Holiday to sing with his band.

Stone also highlighted one of the most famous stories connecting Jews and jazz — the story of the legendary Louis Armstrong and his connection to the Jewish community, a saga that began in New Orleans.

Armstrong, even as his fame grew, wore a Star of David.

During the program, Crescent City Jewish News Editor Alan Smason noted the connection in a recent story he wrote. “Jews figured prominently throughout his life and helped to fashion and direct his remarkable career from jazz’s formative days on the cobblestone streets of New Orleans to its golden era, as it spread out nationwide and beyond,” he said.

As Hadassah said in promoting the event, “New Orleans is the birthplace of jazz, a truly American art form that incorporated African rhythms, syncopation and improvisation. Instituted by African-Americans, it has been influenced by Jewish Americans on a local, national and global scale.”

Stone was asked what drew Jews to jazz “and what might it say about the shared experience of Jews and Africans Americans, particularly because the music is often so evocative?”

One thing, she said, is that in New Orleans, Jews and African Americans once lived near each other.  This, she speculated, may have created a bond between the two communities that was additionally framed by a shared feeling of being shunned by the general population.

Stone also pointed out, as illustrated in her remarks about Calloway, that some African American jazz musicians were drawn to Jewish music.

At times one can hear similar musical elements in both the blues and Jewish liturgical music, she noted.

Another factor, Stone said, may be that some of the Black musicians came from mixed backgrounds, such as Smith, who had a bar mitzvah and became a cantor in a Harlem synagogue.

The series continues with Cindy Denn discussing Klezmer music on Aug. 8, and the series concludes with Pop and Rock ‘n Roll on Aug. 15, with Harriet Hillson presenting examples. The jazz program can be viewed here.