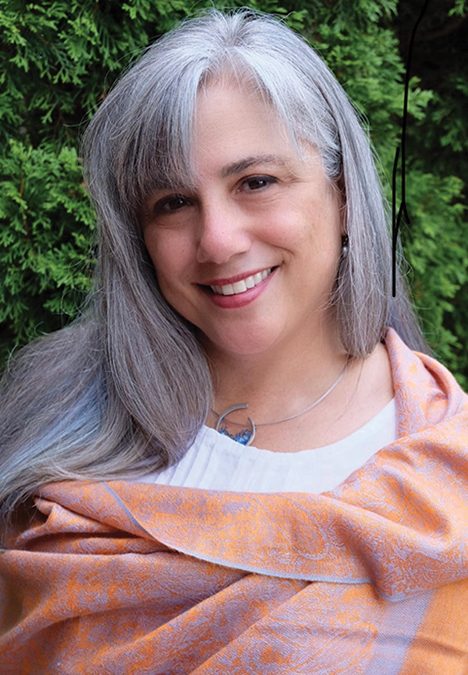 As Isabel Rubio readies to step down after 20 years as the founding executive director of the Hispanic Interest Coalition of Alabama, she’s become intrigued by an unusual Jewish story that courses through her family’s history, and that she did not know about until she was an adult.

It’s a saga that has a footprint in New Orleans and McComb, Miss., as well as Alabama.

Her great-grandfather on her mother’s side was Jewish. Her great-grandmother was Catholic. He was German. She was Spanish.  It was an unusual marriage for those days, given the way European society was structured in the late 1800s.

What makes this saga even more unusual is that of the four boys and four girls they had — one of whom was Rubio’s grandmother — the boys were raised Jewish and the girls were raised Catholic.

“It’s odd,” admits Rubio, who was raised Catholic in McComb and who today lives in Birmingham and is Episcopalian. She thinks her great-grandfather wanted to perpetuate his Jewish heritage.

However, she acknowledges, if that were the case it would’ve been more logical for the daughters to have been raised Jewish than the sons, because traditionally Judaism is passed through the mother.

Rubio, who was born in 1965, and whose mother died when she was four, didn’t know about any of this until she was in her 20s and one of her grandmother’s elderly sisters told her the story. Through the years, there had been little connection between the Jewish and Christian sides of the family.

Her great grandparents migrated from Europe in the early 1900s, after living in Germany and Spain, and eventually settled in New Orleans. At the time, Rubio says, there was a sharp divide between the city’s Christian and Jewish communities, creating an awkwardness for the family.

Rubio speculates that a possible reason for her great grandparents to raise their four daughters Catholic might have been to increase their marriage prospects.

In fact, one of her grandmother’s sisters married a prominent Catholic banker, and, as the story goes, hid from him that her father was Jewish.

Rubio, an accomplished nonprofit executive and social activist, has embraced her Jewish heritage. She feels that it’s in her DNA — literally.

A recent DNA test showed that her second highest category — at 17 percent — was European Jewish.

She’s also fairly certain that her Catholic great-grandmother had Jewish forebears, which is not uncommon among families rooted in Spain where during the 14th and 15th centuries Jews were forced, often brutally, to convert to Christianity.

Growing up in McComb, a smaller Mississippi town between New Orleans and Jackson, Rubio didn’t know any Jews. However, she and her father would visit cemeteries to learn more about the past.

She was surprised to discover an old Jewish cemetery in Summit, just north of McComb, which intrigued her. “I wanted to know who the people were and what their lives were like.”

Rubio remembers visiting there more than once and feeling a connection with the people buried there.

A congregation was formed in Summit in 1877 but disbanded in 1916 as the community dwindled. The abandoned building was destroyed in a 1924 tornado, and in the late 1930s the Jewish community in McComb numbered just 12.

Today, Rubio considers herself part Jewish, a faith inheritance that has come to influence her life and her work on behalf of Alabama’s Hispanic community.

As an advocate for Alabama’s Latino population, she sees parallels between that community’s history and the Jewish community’s — particularly the immigrant experience and the challenges and discrimination the two communities have faced.

Speaking in her ¡HICA! role at a Birmingham Jewish community rally against antisemitism held last June, Rubio referred to her Jewish heritage and how it has heightened her commitment to combat antisemitism.

The reference to her Jewish background came as a surprise to some who’ve known Rubio but who were unaware of her family history.

As she prepares to leave ¡HICA! at the end of this year, the 56-year-old Rubio is pondering what she wants to do next. She has two grown children and a significant other who she noted — with irony and Jewish cultural shorthand — is an “M-O-T”(Member of the Tribe).

Among her interests, though, is finally pursuing one thing she’s never gotten around to all these years. She wants to find out more about her Jewish heritage and the Jewish side of her family.

“I would love to connect with relatives who know something about all this. It would be super cool, and maybe someone has the answer as to why the boys were raised Jewish?”