La. Jewish Coalition kicks off with inside view of Middle East negotiations 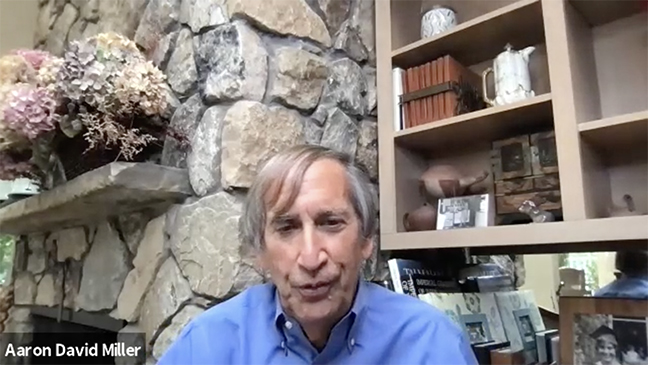 The challenge of bringing parties to the table was the theme of an Aug. 15 online program that kicked off the new Louisiana Jewish Coalition initiative, which has brought together the state’s three Jewish Federations and other organizations to work collectively for the greater good.

This new arrangement was applauded at the start of the program by Arnie Fielkow, CEO of the Jewish Federation of Greater New Orleans, and its board chair, Joshua Force.

“We welcome all of you to our new partnership,” said Fielkow. “We have had a history of working together on crises. Through this new coalition we hope to work together to address common issues facing our Jewish community. We have many activities planned.”

Added Force, “Today is a very special day for the Jewish community throughout our state. Today begins what we hope will be a much more formal and organized relationship between Federations and Louisiana’s other Jewish institutions.”

Bringing together the communities across Louisiana was far easier than the challenge of bringing Israelis and Palestinians together and achieving successful negotiations, which was the focus of this initial program, featuring well-known Middle East expert Aaron David Miller, who shared an array of observations formed through his work in the diplomatic arena.

Miller is a Senior Fellow at the Carnegie Endowment for International Peace, where he focuses on American foreign policy and diplomacy. From 1978 to 2003 he was a U.S. State Department Middle East analyst, negotiator and adviser during Democratic and Republican presidencies. A CNN global analyst, he also is the author of “The End of Greatness: Why America Can’t Have (and Doesn’t Want) Another Great President.”

Miller, who began his college studies at Tulane University in the late 1960s, has worked for four U.S. administrations and six Secretaries of State. As a result, he’s come up with a list of 10 principles which today guide his thinking about Israeli-Palestinian negotiations. Among them are these:

— The best you can achieve is “proximate solutions to insoluble problems” and that it’s important to keep in mind “what America can do and what America can’t do.”

— Americans have a hard time understanding the world. The U.S. has peaceful neighbors, unlike much of the world and, in particular, Israel. America’s uniqueness “underscores our naïveté.” For the U.S. the “margin for error is broader and deeper than any of the countries we deal with.”

— Regarding the Middle East, “time can be an adversary or it can be an ally… if you are looking for quick fixes, this is not the arena.” There are two speeds in Middle East negotiations — slow and slower.

— When it comes to the U.S.-Israel relationship “where you stand in life has a great deal to do with where you sit.” Former prime ministers Yitzhak Rabin and Benjamin Netanyahu would say to U.S. officials “don’t preach to us about our security… you live in Chevy Chase, Maryland — we are sitting on top of a volcano.”

— What makes the U.S.-Israel relationship so “resilient” is the “confluence of values and interests” between the two countries.

— For success to be achieved in Israeli-Palestinian negotiations, there needs to be ownership on both sides. “Nobody ever washed a rental car… people care for what they own.”

— There also needs to be leadership. “We need people who are masters of their political constituencies.”

During a question and answer session, Miller was asked about the impact of an economic initiative between Israelis and Palestinians in the West Bank that was started by a Birmingham-based organization, U.S. Israel Education Association.

“Any effort that promotes non-government relations is a good thing,” he said. “But to fundamentally alter the landscape between the occupier and occupied you need governments to take action… civil society can do a lot but it does not hold the power to actually transform the situation from conflict to some sort of accommodation… I think we should support those efforts but we should be realistic as to what is required to change the reality between Israelis and Palestinians.”

The veteran diplomat also was asked about the Biden administration’s efforts to re-enter the Iran nuclear deal.

He called it a “flawed but functional agreement” but still maintained that pursuing the agreement is the best approach at this time. “There is no good fix to this. Until there is a different kind of regime in Iran we are not going to sleep well at night… All you can do is buy time and keep Iran as far away from developing a nuclear weapon as possible.”

As the Q&A was winding down, Miller shared a personal story. He recounted being in the room with President Clinton and senior diplomats and other officials in the wake of Clinton having invited Israeli Prime Minister Ehud Barak and Palestinian leader Yasser Arafat to Camp David for negotiations in 2000.

Miller believed in his heart that it was a bad idea — he felt that the negotiations would not be successful. He also feared that a breakdown in negotiations would trigger violence, which is exactly what happened when the Palestinians launched a barrage of terror attacks against Israeli citizens in the immediate aftermath of the failed talks.

Yet after everyone else had told the president to go forward, he was reluctant to share his true sentiments.

He knew that if he had shared his honest thoughts with Clinton that he would not be going to Camp David with the American delegation, and knowing that the president was going to go forward anyway, Miller reasoned that by not sharing his true feelings he would remain part of the U.S. team and, hopefully, could influence the discussions at Camp David.

The rest, as the saying goes, is history.

A recording of the presentation can be viewed here.