A presidency without in-person meetings? 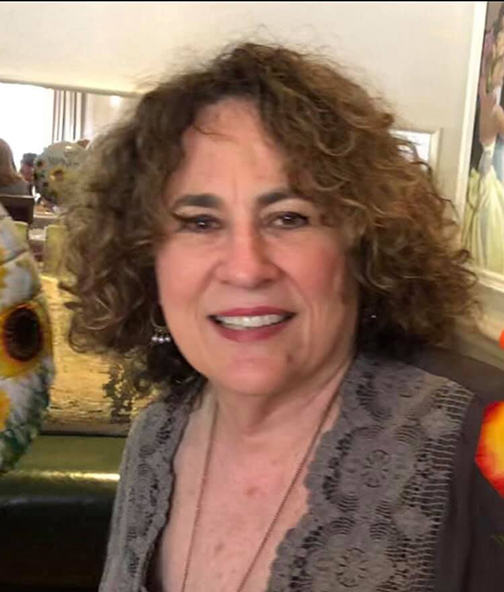 Did you hear the one about the Jewish organization president who never held an in-person meeting?

Yep, there was a day when that would have been unthinkable, but Hadassah New Orleans President Briann Shear is among those creative volunteer leaders who have navigated their organizations through Covid, relying mainly on grit, imagination — and online programming.

Shear, who became president of her Hadassah chapter in March 2020, just as the pandemic was erupting, was flummoxed at first — not knowing which way to turn and having no previous experience as president or chair of a Jewish organization.

All she knew was that it was going to be different than expected and that it was up to her to make it “good different” rather than “bad different.”

Drawing on her marketing and graphics background, she decided to throw a “Hail Mary” — and thanks to her and her leadership team, Hadassah wound up scoring a touchdown.

As the Covid pandemic has unfolded, Hadassah New Orleans, in partnership at times with other Jewish organizations, has distinguished itself as a fountain of creative online programming.

Its offerings have ranged from book discussions, to women’s issues, to the Israeli-Palestinian tragedy through the eyes of parents on both sides, to the impact of Jews on music, to an award-winning online fundraising initiative that was honored recently by Hadassah’s national organization.

“It’s been an adventure. I love brainstorming and coming up with ideas, plus our leadership wanted to get more members involved,” Shear said in a recent Zoom chat as she looked back on the past 18 months and reflected on her term, which ends on Dec. 31.

“We couldn’t figure it out and then we said ‘we can’ —  and I think we have,” she said. “I believe we have raised the profile of Hadassah and I think it is going to continue.  It really has been fun to stretch the boundaries of what you can do; it’s been an exploration of what’s possible.”

The fundraising program was particularly satisfying — and fun — given the challenge of raising dollars during the Covid era.

Dubbed “Mask-erade,” it featured a virtual gala with formal invitations and played off the Covid masking theme. Included was a mask contest for adults and kids. The event won Hadassah’s national Grass Roots Fundraising Award.

Over the past 18 months, Shear and her team have produced a nonstop series of online programs, sometimes clustered by themes.

“I think we have hosted in one way or another close to 100  Zoom gatherings. Some smaller local ones, and some casting a wider net to other communities.”

Those watching have not only been New Orleans-based.  They have come from at least 12 states and Canada.

Surprised and gratified that the audience has become so widespread, Shear thinks this has been due to creative topics, effective promotional materials, strategic use of social media and circulating New Orleans’ offerings to Hadassah chapters throughout the country.

The group’s first challenge — “What do we do now?!” — came over continuing its successful book club. “We asked ourselves ‘What are we going to do? Are we going to suspend it because of the pandemic?’ No, we said.  Our book club was something we believed would work really well online.”

Then, she said, the group took a deep breath, not knowing what the turnout would be, and converted its book club to an online format. “We soon realized that this was something that could succeed.  There was no reason why we had to gather physically.  So one idea led to another.”

One thing she quickly realized was that the organization could invite authors to participate and many were willing to do so.

From that initial foray into the online world of Jewish programming, things took off and, as Shear puts it, success began breeding success. It dawned on her and her team that the only limits were the limits of their collective creativity and energy and, recognizing the opportunity, they decided to pull out all the stops.

While many Jewish organizations have produced quality online programming during the pandemic, what has distinguished Hadassah New Orleans’ work is that it has been far-reaching, mixing Jewish/Israel-themed programs with offerings of a more secular nature such as those dealing with the feminist movement.

What Shear also discovered was that people were willing to do programs for free — not only local experts and panelists but distinguished thinkers and personalities from throughout the Jewish world and beyond.

“I just asked and found that people were very willing to join us.”

As this energetic volunteer leader heads into the final few months of her Hadassah presidency, she still finds it ironic that she’s never held an in-person meeting — and quite possibly won’t.

Some of her members wanted such meetings. Nonetheless, Shear recognized and capitalized on what clearly was an evolving new culture. She is among those who hope it continues after the pandemic.

Maximizing time, for her, is a key.

“I think I actually have had more meetings than if I was doing my presidency live.  The time I save by not having to travel to meetings is huge.  I can now manage three to four meetings a day. Yes, I like people — but this new approach has put me in touch with people all over the world.”

Especially memorable is the sense of wonderment Shear conveyed during one of Hadassah’s early entries into the online world.  In her opening remarks you could hear her excitement — and nervousness — as she talked about never imagining being able to gather such a vast audience and having access to speakers and panelists from throughout the world.

Though now a veteran, her enthusiasm continues.  “I can’t wait to see what ideas we come up with next!”