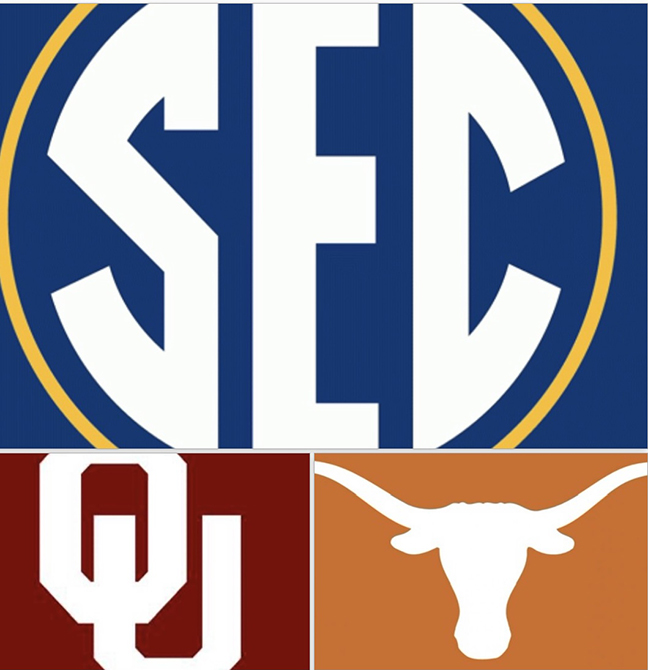 There’s been nothing more tumultuous in college football — and maybe in all of sports — this summer than Texas and Oklahoma joining the Southeastern Conference.

So even though the decision is currently slated not to take hold until 2025, it still was only logical to ask those connected to Jewish student life at Texas, Oklahoma and elsewhere in the SEC if this turf-shaking decision is good for the Jews.

Jewish faculty, students and others at Texas, Oklahoma and across the region think so — and believe the addition of these two athletic powerhouses will have a positive Jewish impact.

One of those is Nate Reese, a junior at Oklahoma who is from the Fort Worth, Tex., area and involved in Hillel, an international network that promotes Jewish life on college campuses. 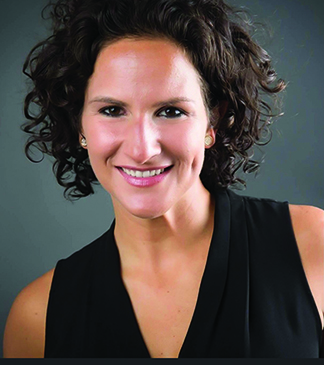 Sharing in the excitement is Maiya Edelson, executive director of Hillel at Texas.

“SEC schools such as Florida, Georgia and others with strong Jewish communities will be great partners and rivals. We would love to see more Jewish students and alumni of SEC schools come to Austin to visit when their team is on the road!” said Edelson.

Zach Denn, a senior at Texas, predicts that “a new cohesion between Jewish communities across SEC schools will form through Hillels, Chabad and other Jewish organizations.”

Added Denn, “I am excited to see where this new connectivity takes us and how we can develop it into something truly special.”

The CEO of the Jewish Federation of Greater New Orleans, Arnie Fielkow, who has an extensive sports background, sees great Jewish possibilities ahead.

Fielkow, a former New Orleans Saints executive vice president and past executive director of the National Basketball Retired Players Association, thinks Oklahoma and Texas’ entry into the SEC, given their history of success on the football field, may drive more Jewish applicants to those schools.

“This has been the case with Alabama over the past decade as its football dominance helped generate many more Jewish applications from the Northeast, Midwest and West Coast as prospective students wanted to be part of the fun of ‘Roll Tide’ and SEC sports.”

Oklahoma and Texas’ joining the SEC “presents some fun bonding opportunities for Jewish students throughout the conference’s institutions,” added Fielkow.

“I can envision many Jewish‎ road trips to Austin for tailgates involving barbecue, Baton Rouge for kosher jambalaya and gumbo, Nashville for hot chicken, and so many other delicious Southern culinary treats,” he predicted.

“With the great work of Hillels in each of these conference communities, it would be great to see fan involvement with Shabbat programming throughout the SEC in anticipation of the big game in Death Valley (LSU), Bryant-Denny (Alabama), Jordan-Hare (Auburn) and the Swamp (Florida).”

Chatting with Fielkow, you can already sense his Jewish Federation work and love for sports intersecting.

He thinks there could even be an SEC trip to Israel — either for students and young adults through Birthright Israel and/or adult alumni of SEC schools. Each school or clusters of schools could even have their own bus — chaired by a big SEC name. 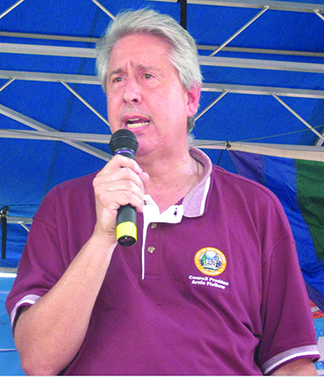 “I also can see some fun rivalry bets between our New Orleans Jewish Federation and our fellow Federations in Norman/Oklahoma City and Austin. (Go Tigers!) Who knows, maybe one day we might even see a Bama-Longhorns game played at Kraft Family Stadium or Teddy Stadium in Jerusalem!”

Auburn basketball coach Bruce Pearl, perhaps the SEC’s most prominent Jewish personality, definitely thinks Texas and Oklahoma coming into the conference will be good for the Jews.

“We have great Hillels in the SEC and these two schools will be strong additions. This will expand the number of Jewish students at SEC schools, where Jewish life is vibrant already, and broaden the SEC Hillel network,” said Pearl.

“New rivalries will be formed and new friends will be made!”

Based on “Hillel’s Guide to Jewish Life at Colleges and Universities,” there currently are an estimated 18,500 Jewish undergraduate and graduate students at the SEC’s 14 schools, with the bulk of them — 10,000 — at Florida.

Texas has an estimated 4,000 Jewish students and Oklahoma has 350. By joining the SEC, the two schools will boost the number of Jewish students in the conference by nearly 25 percent.

The sense that there could be new Jewish possibilities has spread beyond Oklahoma and Texas to Hillels, Jewish students and Jewish leaders throughout Southern Jewish Life’s coverage area —which includes five SEC schools in Alabama, Louisiana, Mississippi and NW Florida.

This is evident in this comment from Jason Solinger, an associate professor of English at the University of Mississippi, who is the school’s Hillel advisor.

Francesca Kirdy, vice president of Hillel at Ole Miss, said, “Jewish life here is a small group, so if those schools were to join the SEC it could expand the amount of Hillels we communicate with. It could also widen resources for Ole Miss Hillel alumni in those areas who are looking for jobs.”

Auburn student Jackson Haber, who is from New Orleans, predicted “The amount of connections that can and will be established between each Hillel will be great for strengthening our Jewish connections throughout the conference.”

Recent Alabama graduate Rebecca Gilbert, who during her last year in Tuscaloosa was a campus StandWithUs Israel fellow, agrees.

“One favorite memory was going to a football game at Tennessee with AEPi (a Jewish fraternity). Tennessee’s AEPi chapter was incredibly welcoming and many members kept in touch throughout the year. Some even visited Alabama the following year. I hope that Alabama Jewish students will continue to have similar experiences like mine with our new SEC members.”

Gilbert, who was involved in Jewish programming at Alabama, noted that “especially in the days of Zoom, it is more than possible for Jewish organizations across the SEC to participate in joint programming between schools.”

Tyler Daniel, president of Hillel at Mississippi State, agreed. “In my experience, Jewish students visiting the campus of other Jewish students can result in some great opportunities to network within the Southern Jewish community and beyond, considering students come from all over. I would be elated if Jewish students at Texas and Oklahoma involved themselves in networking with us as we have with other Hillels across the SEC.”

LSU In Her DNA

Judith Lazarus Siegal, who grew up in New Orleans and is now a rabbi in South Florida, is in a unique position to reflect. She has great Jewish perspectives and ties to four SEC schools — Florida, where she now lives; Alabama, her husband Brian’s home state, and Texas, the school she attended. But it’s LSU that is most deeply embedded in her DNA.

“One of my favorite childhood memories was going to Tiger Stadium with my late grandfather, who we lovingly called ‘Tigie’ because of his love for LSU football.”

There was a great ritual to it, she said, which included driving in from New Orleans to Baton Rouge, getting to their seats early, watching the Golden Girl dancers, and singing the LSU fight song and screaming “Geaux Tigers!”

She admitted, though, that Tigie “was not too happy that I chose to go to Texas instead of his alma mater.”

She also remembered years later, at their son’s Brit Milah service, held in the chapel of the Hebrew Union College-Jewish Institute of Religion in New York, “we were blessed to have Rabbi Lawrence Jackofsky come up to New York to bless our son.”

Siegal recalled that the rabbi “brought with him stories of Texas, LSU and Alabama football that my rabbinical school classmates and professors found vexing. Almost none of them had any reference point to football or the SEC! But Rabbi Jackofsky had served as the regional director for the UAHC for many years and he knew well that our SEC roots were as much a part of our heritage as our strong Jewish, Zionist identity.”

Looking ahead, Siegal is excited.

“Now, finally, Texas and Oklahoma will be a part of the SEC, and as a Southern Jew, this makes me very happy! Plus, I serve as a rabbi for a synagogue in Coral Gables, Fla., and many of the members of our community are Gators. Our family members have been involved at all the Hillels of all these schools, as well, and I love the idea of a giant Hillel tailgate gathering for SEC schools before the games!”

Rabbi Jonah Zinn, executive director of Hillel at Florida, sees a rivalry brewing between students at his school and Texas — the two schools that will have 60 percent of the SEC’s Jewish students once Texas joins the conference.

“Many Jewish Gators are thrilled about the possibility of a new rivalry between Florida and Texas, particularly given the many Gators who have Longhorns as friends and family,’’ said Zinn.

“These campuses both have such vibrant Jewish life, so the potential for greater connection between these two Jewish communities is very exciting.”

Lisa Besnoy, executive director of Alabama’s Hillel, is ready to extend a welcome to these two newcomers.

“This certainly expands our Jewish link across the states, providing opportunities for Jewish students to travel to each other’s schools and engage in Jewish activities while on campus,” said Besnoy.

“We invite students from visiting teams to join us for Shabbat dinner and Sunday brunch on our home game dates and extend this invitation to our new counterparts in the SEC. So whether you are Hook ‘em Horns or Boomer Sooner, the Crimson Tide will always hold true. Roll Tide and Mazel Tov to our new friends in the SEC!”