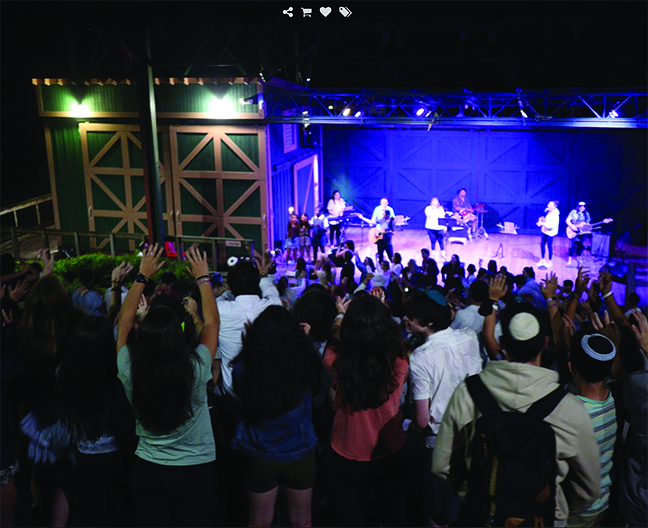 The Kadima campaign seeks to build the future of Ramah Darom by expanding and broadening the facilities, increasing the number of experiences offered, and focusing on ensuring universal affordability for programs.

There are numerous components to what is envisioned as a 10-year comprehensive plan for the camp. In addition to hosting hundreds of Jewish students each summer, Ramah Darom offers a year-round retreat site for companies and congregations, hosts a Limmud weekend, family camps, Winter Break and Passover retreats, and more.

The camp built upon the foundation of Tumbling Waters, a defunct girls nature camp, and a centerpiece of the campus, which is surrounded by the Chattahoochee National Forest, is a 70-foot waterfall on the property. Ramah Darom held its first summer in 1997, and this year celebrated 25 RAMAHrkable years.

All new facilities will be available for the summer and year-round programs.

The first phase of the campaign will replace the 1950s-era Beit Am Katan, which was the camp’s first dining hall and dates back to the previous camp. The new staff center will have indoor programming and recreational spaces, a staff lounge and fitness center.

A few years ago, Ramah Darom bought the property across the street where the couple that ran Tumbling Waters had lived. A new Gesher Village will be constructed for the rising 11th grade campers, who are involved in a leadership development program for their final summer as campers.

Overlooking the lake, Gesher Village will have new indoor and outdoor programming areas, while the 45-acre property will also have tent platforms for campouts, a Zipline circuit, covered pavilion, outdoor classroom and climbing rock. The village will also be available for retreats and year-round rentals.

The Welcome Center will also be expanded. It currently provides hotel-style accommodations for retreats, and will expand those opportunities and provide additional ADA housing, as well as provide space for year-round Jewish leadership programs, have its own kitchen and conference rooms.

Additional plans call for a new teaching kitchen alongside the outdoor pizza patio; a canopy walk connecting the lake and softball field, with additional amenities including a water slide into the lake; sports field enhancements; expanding the Gan to include a playground for staff children and young retreat participants; replace two older cabins and build a new facility for music, dance and yoga.

Another component is endowments to underwrite numerous camp programs.