For WWL’s Hammer, exposing corruption is a form of Tikkun Olam 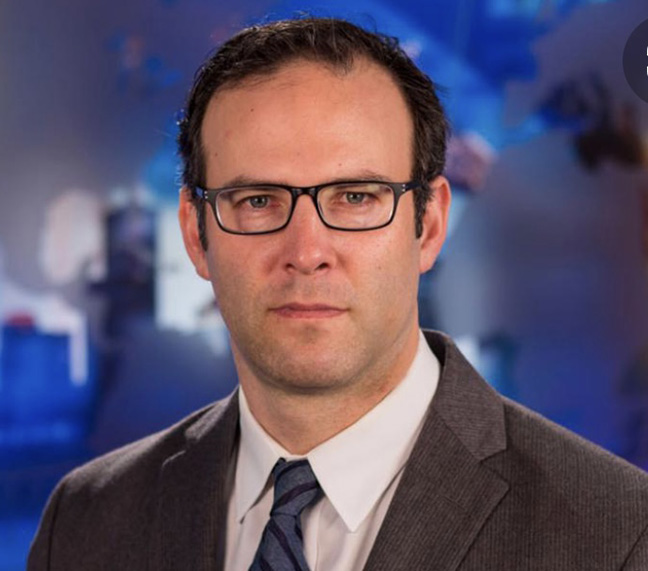 But if you dig you come to understand how his commitment to the Jewish concept of Tikkun Olam — repairing the world — intersects seamlessly with this New Orleans reporter’s dogged pursuit to expose fraud and corruption.

Hammer is passionate about the two Js in his life — Judaism and journalism — and sees his determination to shed light on the misdeeds and malfeasance that harm the people of his city as a reflection of his obligation to make the world a better place.

“People react with gratitude and convey a feeling that what I am doing is actually helping to make New Orleans better,” Hammer said in a recent Zoom chat as he reflected on his work. “You feel like Sisyphus sometimes pushing the rock up the proverbial hill, but you see incremental improvements and people really appreciate it.”

“Though it is kind of a cliche to say that Tikkun Olam is the driving force behind my work, it really is. I can’t do more to improve the world than pursue the opportunities this job affords me.”

This articulate Harvard graduate, who turns 47 in January, has had varied journalism jobs over the years, ranging from sportswriting in New England to political and governmental coverage for the Associated Press in Little Rock and Washington.

Along the way he learned his craft well — welcoming pushback from hard-nosed editors, which Hammer describes as the best way to learn, while picking up local, regional and national reporting awards along the way.

Yet for this seventh-generation New Orleanian, his hometown was in his heart. Offered a chance to join the New Orleans Times-Picayune in 2006, he jumped at it, becoming an investigative reporter for what was then one of the South’s most influential newspapers.

Besides, New Orleans, as every journalist knows, has been fertile ground historically for covering government corruption and even to this day, 15 years after he returned home, Hammer says the city still behaves at times “like a third world country.”

Another turning point for Hammer came in 2012 when the paper, due to declining revenues and growing Internet competition, cut back to three days a week while striving to upgrade its online presence.

In the process roughly half of the news staff — 84 of the 173 newsroom employees — were abruptly let go.

Though Hammer was invited to stay, he chose not to, believing the paper’s influence would decline. He was especially frustrated that at the time only 36 percent of the households in the New Orleans market had Internet access and converting to an online strategy would cost the paper significant readership.

What especially troubled him was that the bulk of those without Internet access were poor and powerless, and that they and their neighborhoods often were the ones most heavily impacted by the municipal misdeeds that Hammer was intent on uncovering.

So, he switched paths.

WWL reached out to Hammer and offered him a reporting slot. The television station was ready to expand its commitment to investigative reporting and they wanted Hammer because of the work he had done at the Times-Picayune and elsewhere over the course of his career.

He didn’t have an ounce of TV reporting experience, though station officials told him that he had the most important ingredients — a heart and head for investigative reporting — and that the TV skills could be learned.

Hammer today has an excellent on-screen presence. He comes across as genuine, and restrained yet passionate. He speaks with precision and explains things clearly, and the footage and graphics that accompany his stories enable viewers to not only grasp the importance of his reports but also how his coverage relates to their day-to-day lives.

Just in recent weeks, his investigations have helped send the former head of a charity to prison for stealing $1.3 million from public library donations, forced the FBI to raid a local government office hours after his report on self-dealing by agency officials, and exposed major engineering failures that caused a New Orleans hotel under construction to collapse, killing three workers.

Several of his investigations over the years have led to prison time for their targets. At times, prosecutors have used his reports to present their case in court, and defense attorneys have argued that his stories would turn the jury against their clients. But he’s also investigated law enforcement for abusing their powers and government agencies for failing to safeguard the public.

Along with the rigors and intensity of being a well-known investigative reporter, Judaism remains deeply woven into the fabric of Hammer’s life.

“Judaism is very important to me,” he explained. “Many members of my father’s family died in the Holocaust because they weren’t able to get out of Hungary, though my grandfather came to the U.S. in 1938 and I got to know him very well.”

Before the Covid pandemic, the newsman and his son attended Shabbat services regularly at Touro Synagogue. “This was something very important for me to share with him.”

His son’s Bar Mitzvah, scheduled to take place shortly after Covid erupted in early 2020, would become the first New Orleans Bar Mitzvah to be broadcast on Zoom, on March 28, and the ceremony took place at the family’s dining room table.

Hammer himself contracted Covid that same week. He provided powerful first-hand reporting while facing a terrifying struggle and through his recovery. The New York Times quoted him describing his scariest symptoms in a May 2020 headline: “Like an anvil sitting on my chest.”

Today, this busy journalist still finds time to study Torah regularly. He also is planning to chant his Bar Mitzvah Torah portion at Shabbat services to mark the anniversary of the event.

Hammer also has lent his time and talents to the Jewish community.  For the American Jewish Press Association, he judged entries for its prestigious Rockower Awards for Excellence in Jewish Journalism, and recently moderated a program on U.S.-Israel relations for the new Louisiana Jewish Coalition.

Given his visibility and the explosive nature of the stories he reports, Hammer was asked if he has ever experienced antisemitic backlash from those he has covered or from his viewing audience in general.

On occasion, yes, he said, though it is not a major problem. It certainly hasn’t fazed him.  “When people have said things, it is from people who are kind of crazy. I don’t put much stock in what they have to say.”

Meanwhile, Tikkun Olam keeps driving this gifted reporter forward, providing him with passion and propulsion to ferret out corruption in his beloved hometown.

Clearly his hard-hitting investigative reporting is making the world a better place.

That is, for everyone other than the crooks he exposes.