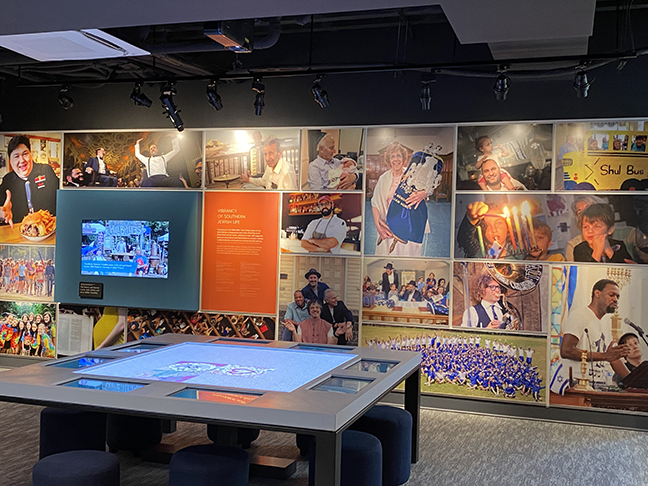 The Museum of the Southern Jewish Experience in New Orleans was named to the USA Today Readers’ Choice 10Best list for Best New Attraction in 2021.

A panel of experts came up with the initial 20 nominees, and the top 10 were decided by popular vote. At fifth, the museum was the highest-listed museum in the survey, and the only attraction in Louisiana.

“This award is a huge accomplishment for the Museum to receive within such a short time frame from when we opened in May 2021,” said Executive Director Kenneth Hoffman. “Despite opening in the middle of a pandemic, MSJE has quickly gained recognition as an important center for cultural exploration and a vibrant tourist destination. The Museum appreciates the support it has received from the people of New Orleans, supporters from across the South, and thousands of visitors from around the world.”

The museum is planning its long-delayed opening celebration for its first anniversary, June 11 and 12. The weekend will include a founding donor patron party, Jazz brunch, special exhibition opening reception and Family Fun Fest.

The overall winner was SkyFly: Soar America, a “flying theater” attraction at The Island in Pigeon Forge, Tenn.

The Van Gogh Immersive Experience placed second. It is touring the country, and will be in New Orleans from April 8 to June 17, at a location to be announced. An exhibition in Birmingham ran from November to Jan. 2. There are five different companies producing immersive Van Gogh experiences across the country, and the New Orleans exhibit is a different group than the Birmingham exhibit.

Allegiant Stadium tours at the new home of the Las Vegas Raiders in Paradise, Nev., and the Friends Experience in multiple cities, based on the television show, placed third and fourth.